Inflation measured by the PCE index rose 1.2 percent for the 12-month period ended in January, below the central bank’s 2 percent target.

The Fed’s plan to gradually reduce its bond purchases remains on track and provided inflation does not contract meaningfully, we can anticipate they will continue on this course of action. The statistics released today did not hold much of a surprise for the majority of investors. How the new Fed Governor will react in a crisis now that she is in charge remains an unknown. 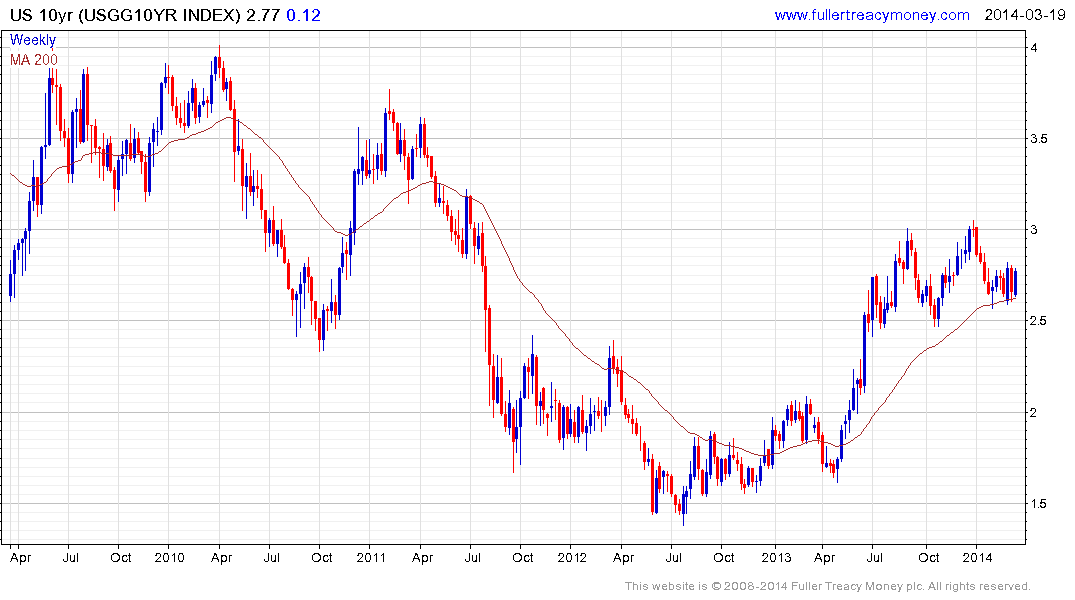 US 10-year yields firmed today from the region of the 200-day MA and a clear move below 2.5% would be required to question current scope for additional selling pressure. The ranging environment which has prevailed for the last six months has the characteristics of a first step above the base suggesting the risks are to the downside for the Treasury markets. 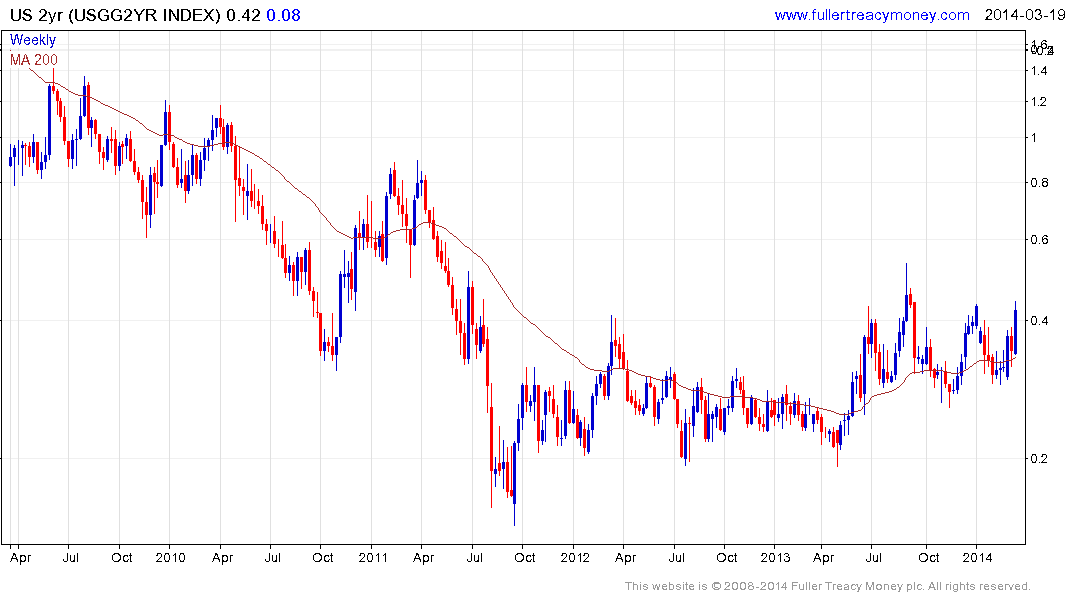 US 2-year yields surged on today’s announcements not least because of their greater sensitivity to short-term interest rate expectations. On a log scale a first step above the base is also evident here. 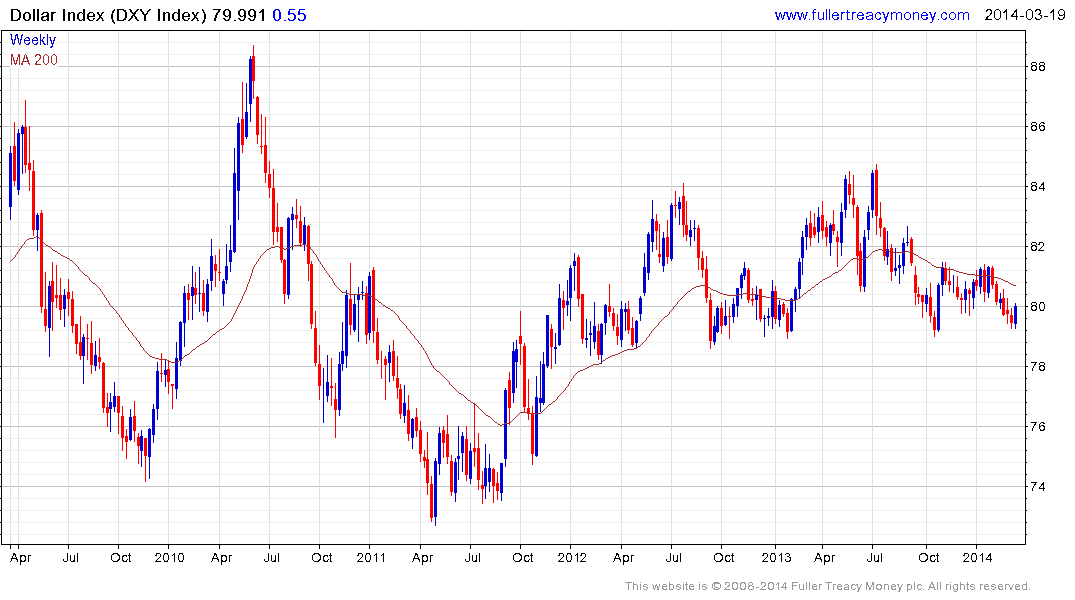 The US Dollar Index also found support today at the lower side of its more than two-year range and a sustained move below 79 would be required to question current scope for additional upside.