Homebuilder Confidence in U.S. Lower Than Forecast in March
Comment of the Day

Homebuilder Confidence in U.S. Lower Than Forecast in March by Eoin Treacy

Confidence among U.S. homebuilders rose less than forecast in March, a sign the industry may take time to pick up after inclement weather damped activity earlier in the year.

The National Association of Home Builders/Wells Fargo index of builder confidence climbed to 47 from 46 in February, a report from the Washington-based group showed today. The median forecast in a Bloomberg survey of 47 economists was 50. Readings below 50 mean more survey respondents reported poor market conditions than good.

This month’s reading follows a drop in February that was the biggest on record amid snowstorms that restrained prospective buyers from going out to shop for homes and kept builders from starting work. Recent gains in borrowing costs and higher property values also are limiting affordability, while an improving job market will help to underpin demand.

“Builders continued to be affected by poor weather and difficulties in finding lots and labor,” NAHB Chairman Kevin Kelly, a homebuilder and developer from Wilmington, Delaware, said in a statement.

The NAHB Home Builders Market Index rebounded impressively from its 2009 level, as the pace of foreclosures moderated and demand for new homes improved. However as prices rose, without a meaningful easing of lending standards, the affordability of homes has dropped back from highly attractive levels. It is now accurate to describe the US housing market as having returned to being priced on the individual merits of respective locations. 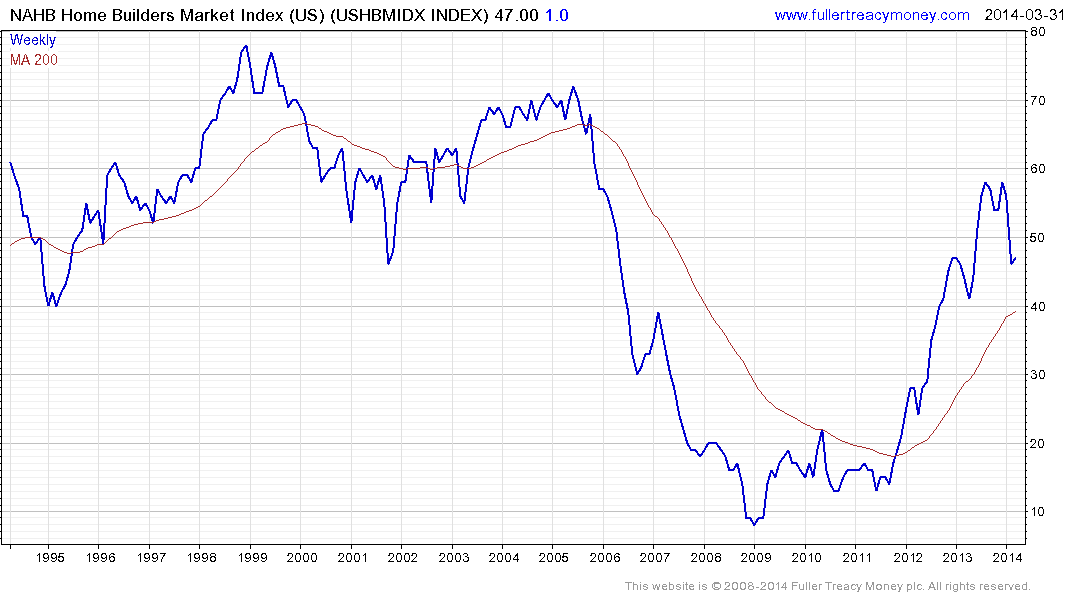 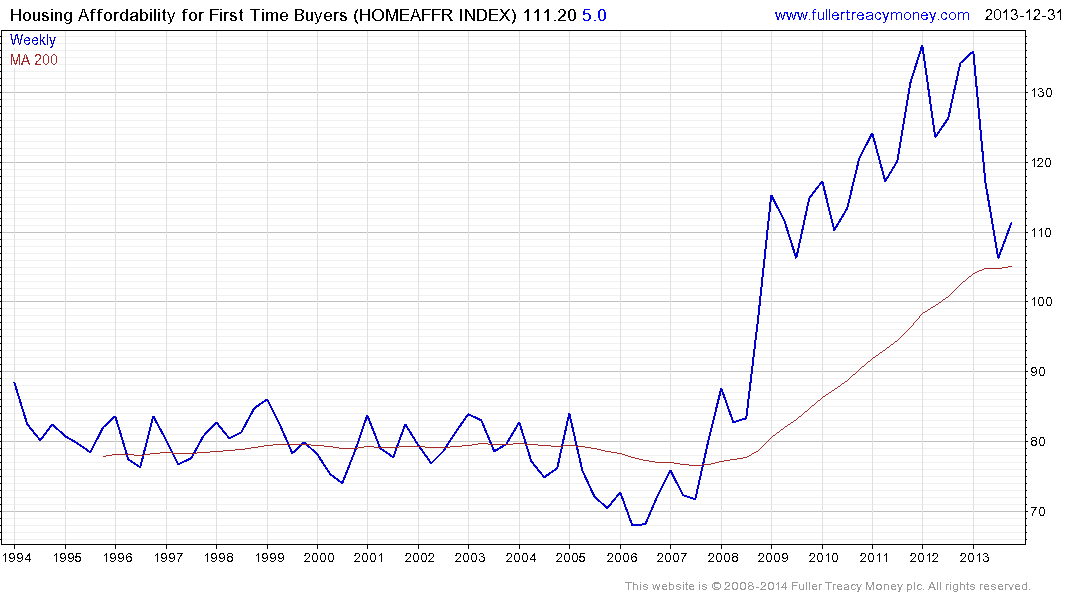 The slowing pace of new housing starts, not least due to weather conditions, has acted as a headwind to lumber prices which have fallen aggressively over the last week. Lumber prices have been prone to occasional bouts of volatility over the last decade. Despite the short-term oversold condition, a sustained move above $350 will be required to question current scope for further weakness. 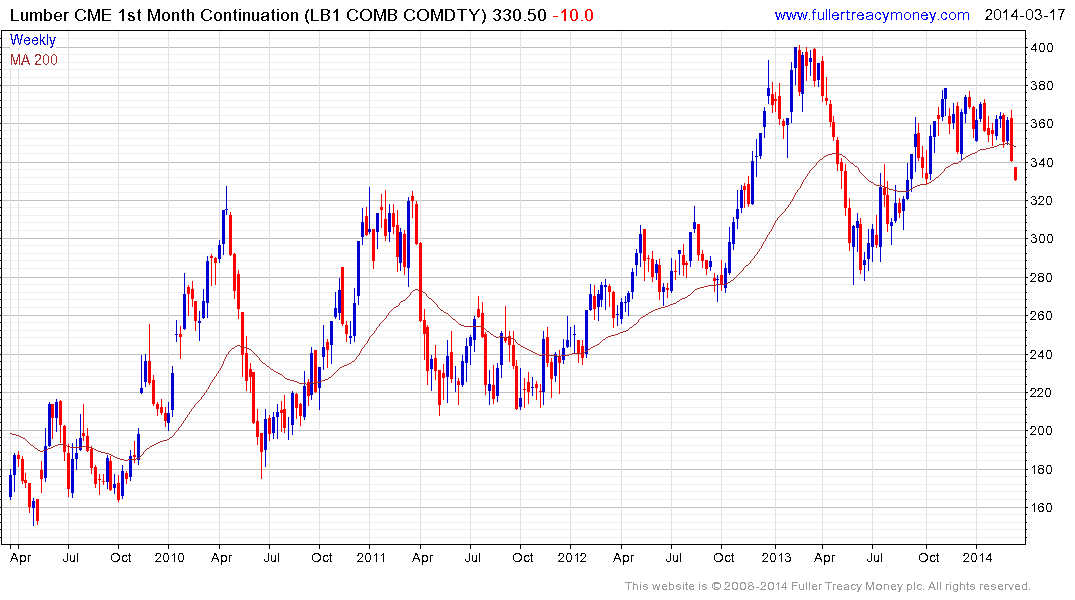 Both West Fraser Timber and Canfor will have benefited from the recent weakness of the Canadian Dollar but both are now unwinding overbought conditions relative to the 200-day MA following accelerated advances; suggesting peaks of medium-term significance. 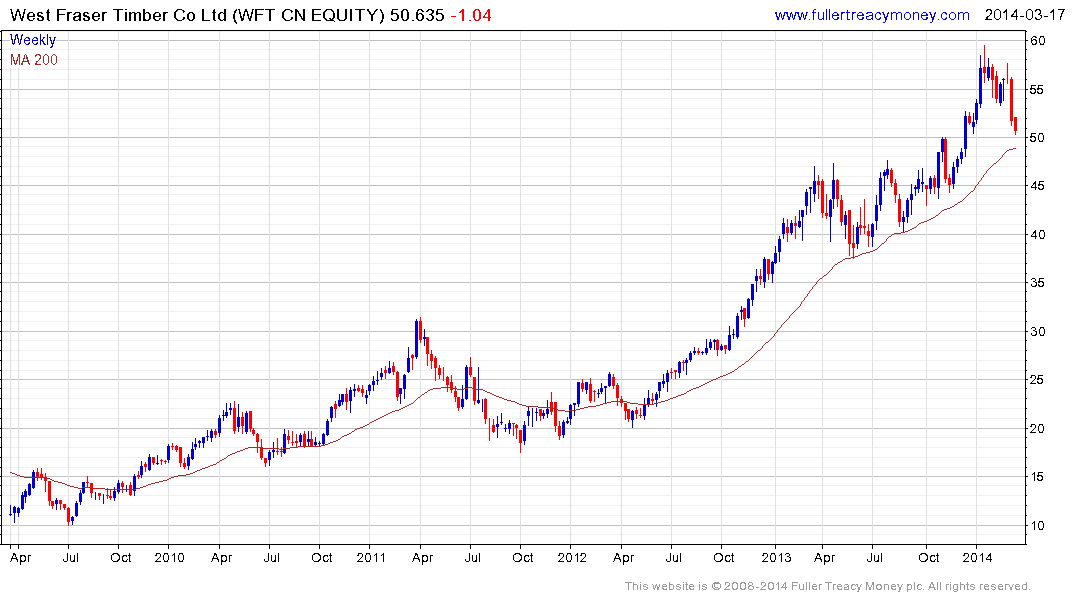 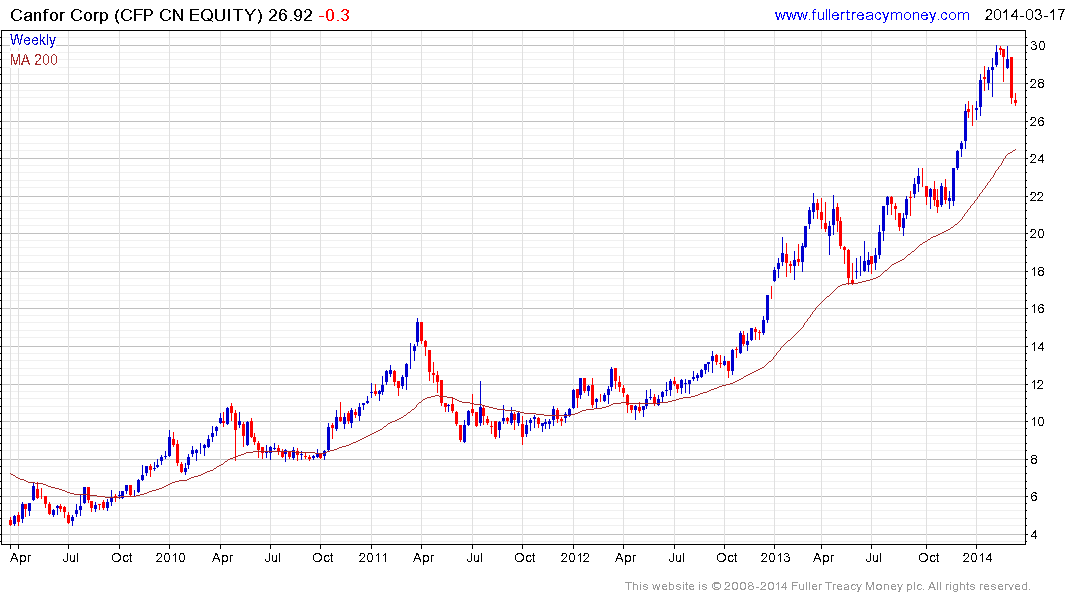 Among US timber REITs, Weyerhaeuser lost momentum from May 2013 and a clear upward dynamic will be required to question current scope for additional weakness. 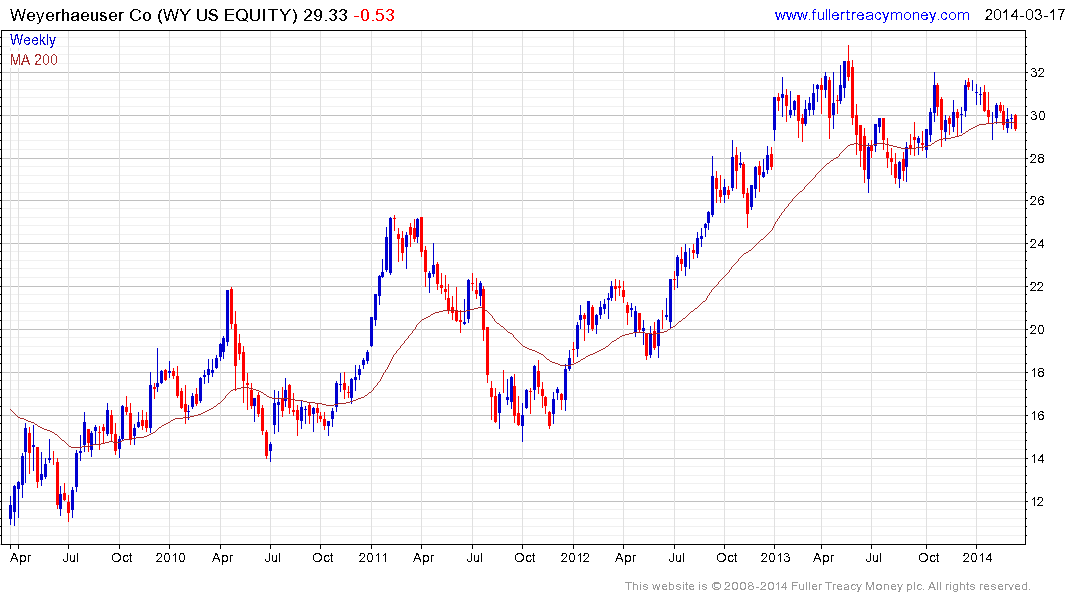