Chiquita Brands International Inc., owner of the namesake banana label, agreed to buy Ireland’s Fyffes Plc to create the world’s biggest supplier of the fruit for about 407 million euros ($565 million).

The deal brings together two of the world’s oldest fruit importers, who between them have operations spanning the Americas, Europe and Asia. Chiquita Chief Executive Officer Ed Lonergan, who will become chairman of ChiquitaFyffes, has sought to reshape his Charlotte, North Carolina-based company as a high-volume seller of bananas and salads while winding down and abandoning other product lines.

“The deal is logical and will be a good fit going forward for both parties,” said David Holohan, an analyst at Merrion Capital in Dublin. “This is an excellent result for Fyffes.”

Investors will get 0.1567 of a share in ChiquitaFyffes for each Fyffes share, while Chiquita holders will receive one share in the new company for each one of the existing company.

Fyffes Chairman David McCann will become CEO of the combined company, which will be domiciled in Ireland, trade in New York and have annual sales of about $4.6 billion. The transaction is expected to close this year, pending approval by shareholders and the Irish High Court.

I originally ruled Fyffes out of our list of Autonomies because it was not liquid enough to be of interest to most institutional investors. However, other than size both Chiquita and Fyffes are worthy of consideration based on their other attributes which are that they dominate their niche as major fruit importers and the sector has a high barrier to entry. As such it represents an oligarchy. 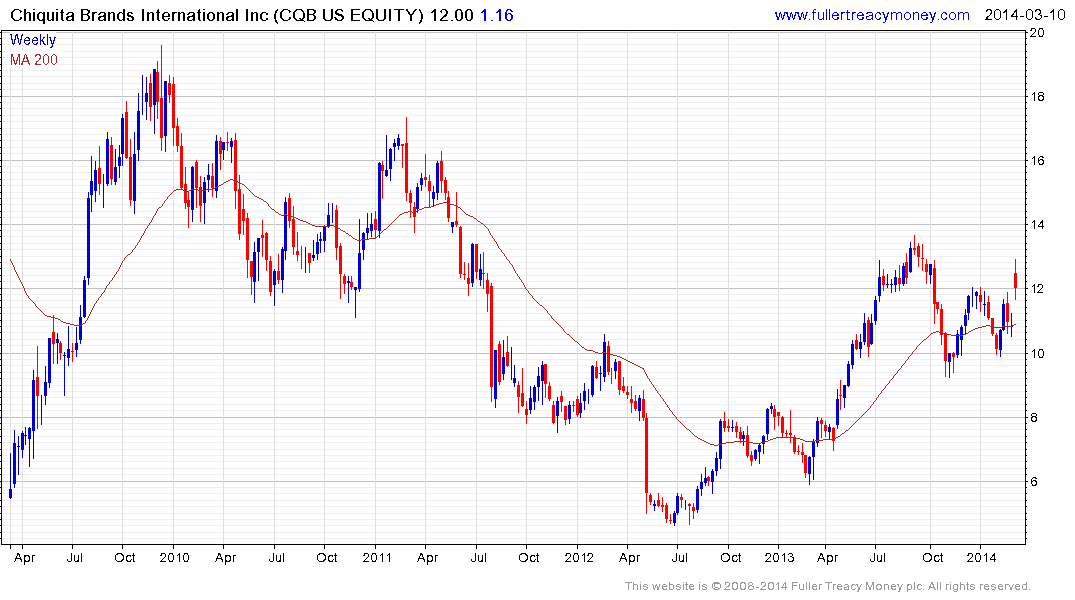 Chiquita would need to sustain a move below $10 to question medium-term scope for continued higher to lateral ranging. 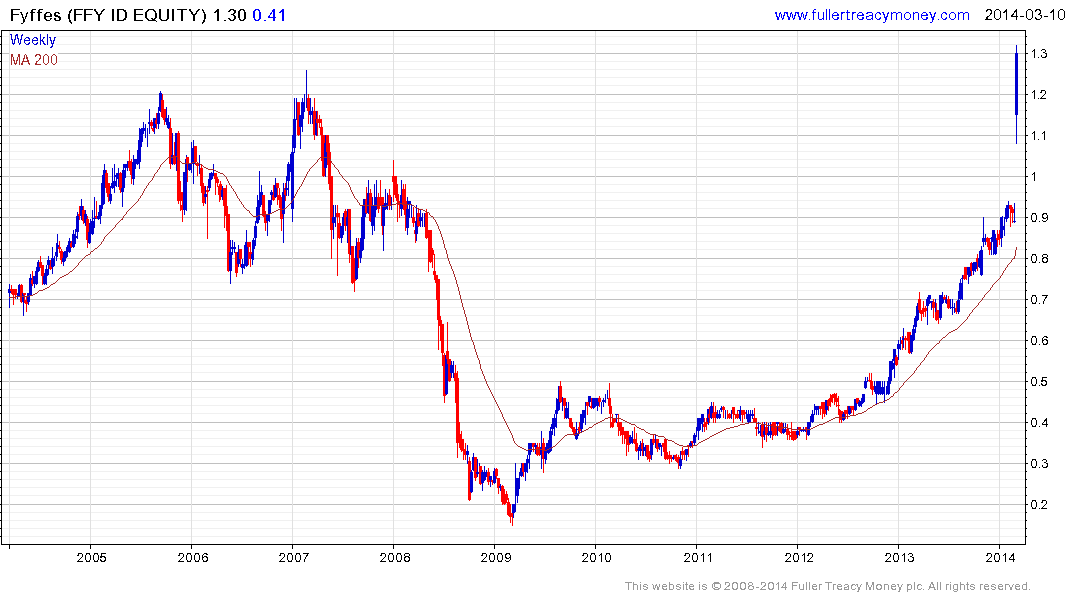 Fyffes had been trending consistently higher for more than two years.