The Weekly View: Temporary Pullback in Developed; Bear Market in Emerging
Comment of the Day

RiverFront’s Outlook 2014 reiterated our caution regarding emerging markets, and last week’s pullback in global stock markets reflected their structural weaknesses.  We are particularly concerned about commodity-sensitive countries with large current account deficits and/or high inflation.  We see a recipe for further underperformance by emerging markets when these factors are combined with reduced demand from the world’s largest commodity importer – China (which is attempting to rebalance its economy) – and the potential for political instability from 2014 elections in Thailand, Indonesia, South Africa, India, Turkey, and Brazil.

One of FT Money’s mantras for stock markets is that Governance Is Everything.  This is particularly true for emerging markets.  I maintain that India’s recovery since last August is based on the near certainty that Narendra Modi will be the prime minister of a new government before May.

Interestingly, Thailand, Indonesia and Turkey are among the emerging markets which bottomed several months before Wall Street in 4Q 2008.  They benefited from persistent relative strength and generally firm currencies as global investors piled in.  All three peaked last May, when they were clearly overextended relative to their 200-day MAs and Ben Bernanke first talked about tapering QE.  Their bear markets, of which Turkey’s is the steepest to date, reflect selling by international investors which is also weakening their currencies.

Today, everyone is bearish of emerging markets and understandably so because sentiment deteriorates with falling prices.  However, the latter stages of bear markets eventually create the best buying opportunities. Since most emerging markets are now falling, long-term investors are likely to be ‘spoiled for choice’ within the next few months. 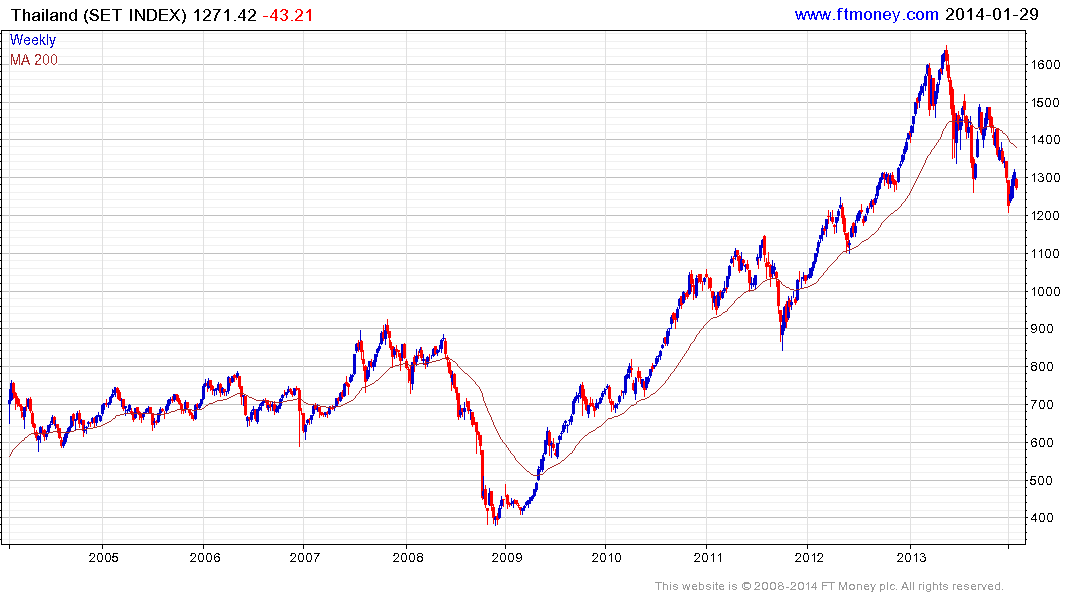 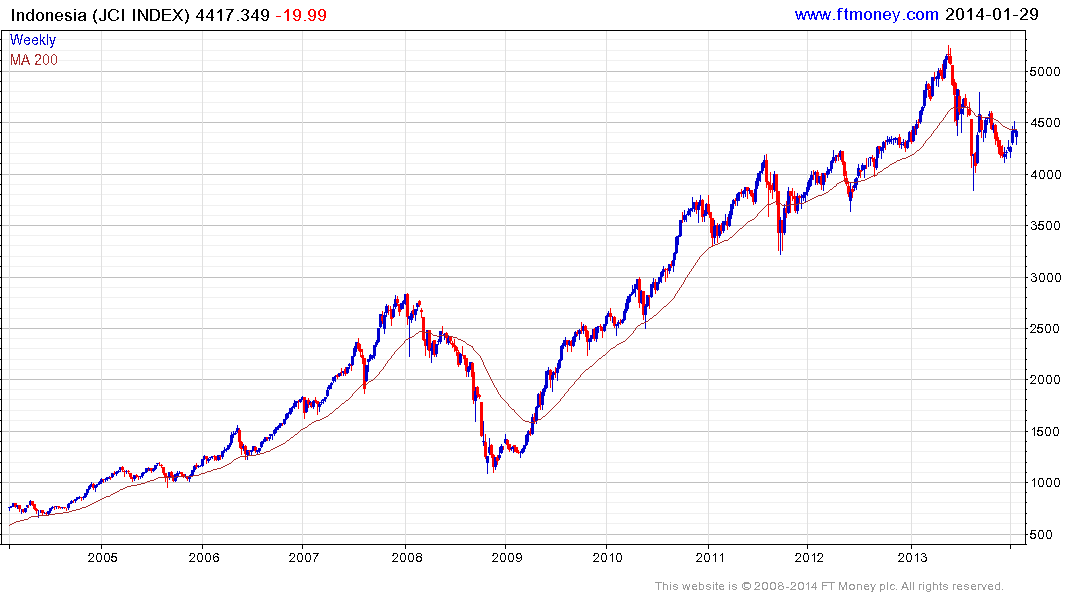 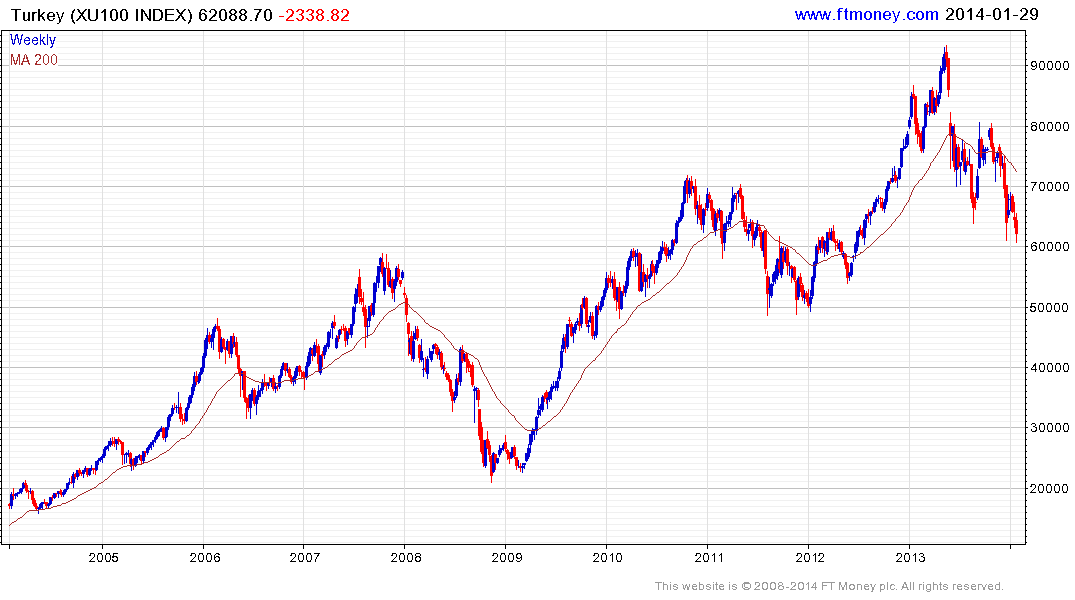 South Africa’s Index is not falling in Rand terms but it is still below its 2007 and 2011 highs in USD. 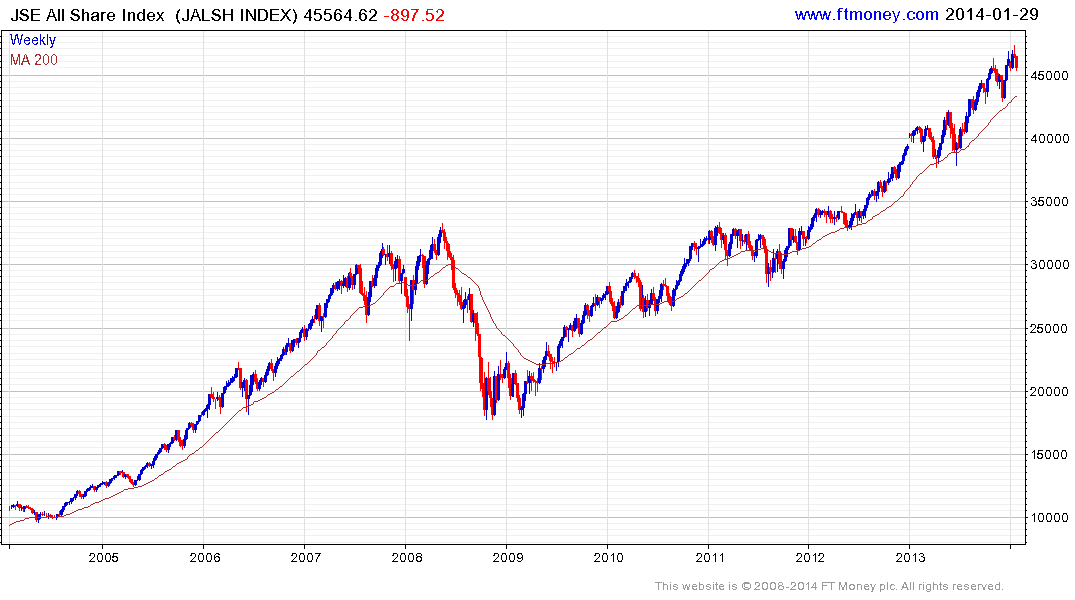