The yen weakened earlier after the head of an advisory panel called on Japan’s Government Pension Investment Fund to start cutting domestic debt holdings. The 17-nation euro fluctuated versus the dollar after European Central Bank refrained yesterday from adding to monetary stimulus.

As one of the largest holders of JGB’s, the relative weighting of bonds to equities within the government pension fund’s portfolio has the ability to move markets both up and down. JGB yields encountered resistance near the psychological 1% from May and pulled back to test the 0.6% area before rallying this week. Additional follow through next week would increase potential that a higher reaction low is forming while commonality with other government bond yields already suggests this is occurring. 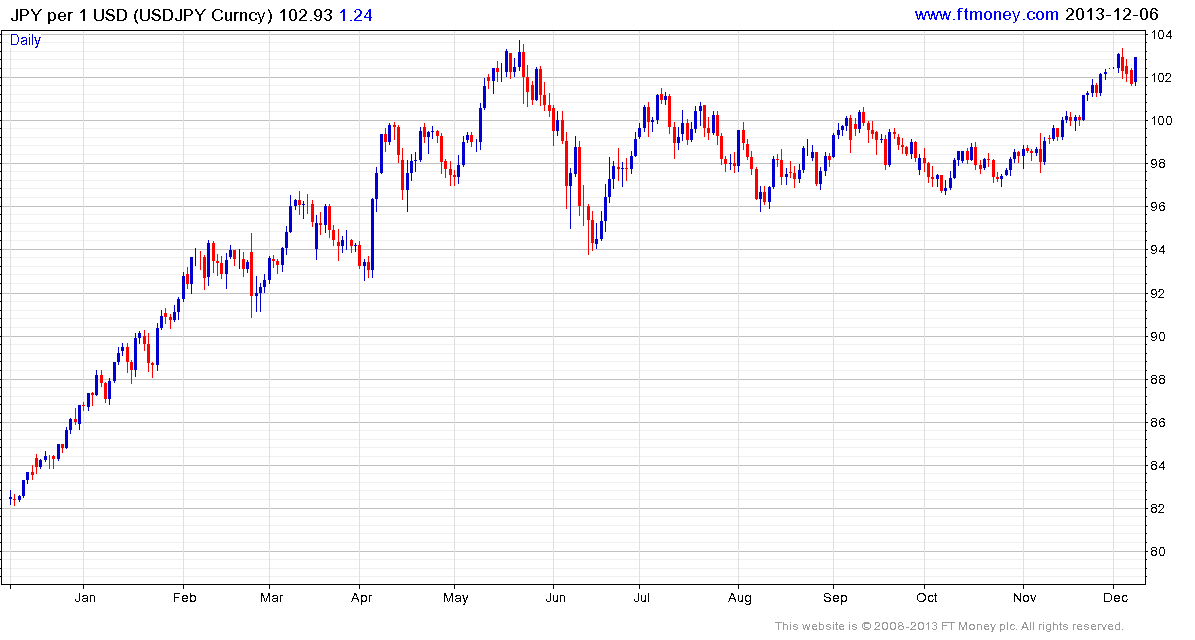 The Dollar also hit a medium-term peak in May and has been ranging with a mild upward bias, below ¥104, since. It found support this week in the region of ¥101.5 and a sustained move below that level would now be required to question current scope for additional Dollar strength. Against a background of high correlation between the weakness of the Yen and the strength of the stock market, not least because the currency’s weakness is so strongly associated with efforts to overcome deflation, the Nikkei-225 may also be close to breaking out.

At the Contrary Opinion Forum, the speaker from Riverfront Investments highlighted the fact that the Wisdomtree Hedged Japan (DXJ) ETF has been repositioned to offer greater exposure to Japan’s export sector which should be among some of the greatest beneficiaries of the Yen’s weakness. The fund has been one of the more popular instruments for accessing this theme.