Yum Sees Tripling India Store Count to About 2,000 by 2020
Comment of the Day

Few companies have been as successful at adapting to foreign markets as Yum Brands. As a result the company generates more revenue from China that the USA and the difference in product offerings between the two jurisdictions is a significant influence on that figure.

KFC and Pizza Hut probably represent less of a offense to India's large Hindu population than eating beef at McDonalds and the company has a proven track record of creating new menus to suit local tastes. 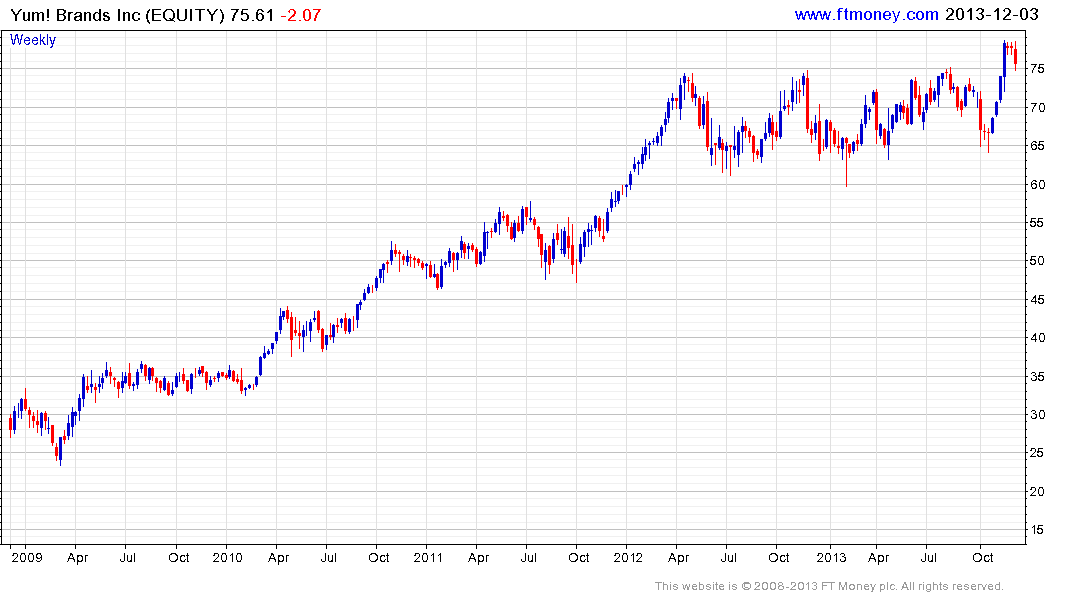 The share pulled back sharply yesterday to retest the upper side of its almost two -year range and a benefit of the doubt can continue to be given to medium-term upside provided it continues to hold above the $64 area.