Staples Center is getting a new name. Starting Christmas Day, it will be Crypto.com Arena.

The downtown Los Angeles home of the NBA's Lakers and Clippers, the NHL's Kings and the WNBA's Sparks will change its name after 22 years of operation, arena owner AEG announced Tuesday night.

Crypto.com is paying $700 million, according to multiple reports, over 20 years to rename the building. The parties aren't publicly announcing the financial terms of what's believed to be the richest naming rights deal in sports history.

The 20,000-seat arena has been Staples Center since it opened in October 1999, with the naming rights owned by the American office-supplies retail company under a 20-year agreement. The name will change when the Lakers host the Brooklyn Nets in the NBA's annual Christmas showcase.

Staples was an enormous 1990s success story. The share opened at $0.89 in the 1989 IPO and peaked in 1999 at $23.95. It briefly regained that peak in 2006 and was taken private in 2017. Back in 1999 it must have felt like the world was the company’s oyster. Today it represents a diminishing position in the office supplies and services market. 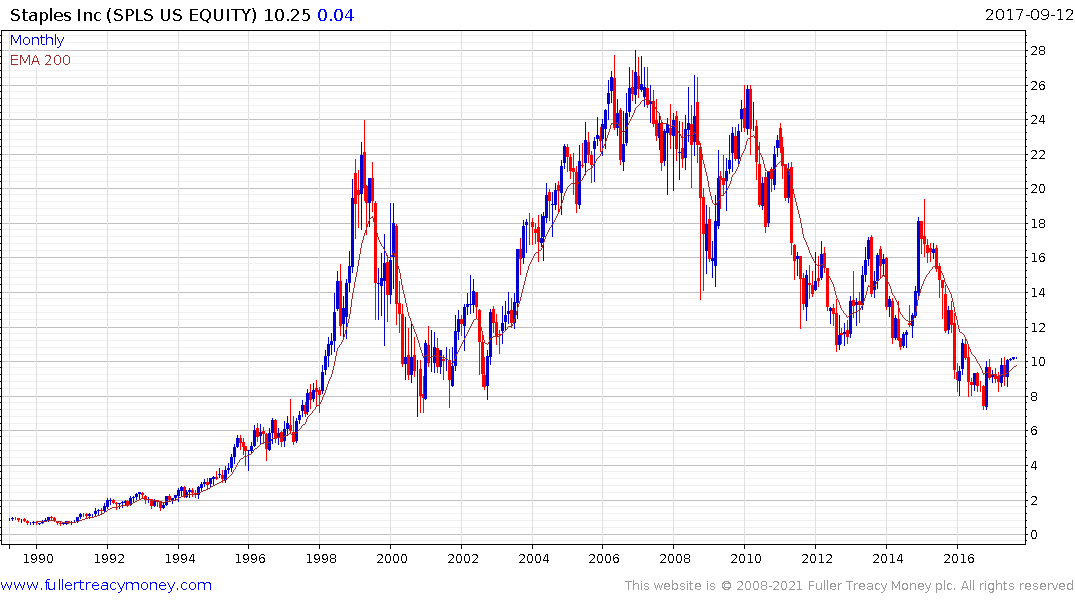 Crypto.com is the self-purported fastest growing crypto exchange. To be honest, I’d never heard of it before yesterday. In an increasingly crowded market, it often takes a splashy gesture to make a name for oneself. Buying the naming rights to a stadium is certainly a way of doing that. So is having Matt Damon on the front page of the website. These ploys also speak to the aggressive growth multiples being pursued and how deleterious it is for share prices when they are not met.

Ultimately, the future of crypto exchanges is lower margins and more consolidation. Coinbase’s inability to keep pace with the price of bitcoin doubling suggests that is being priced in. 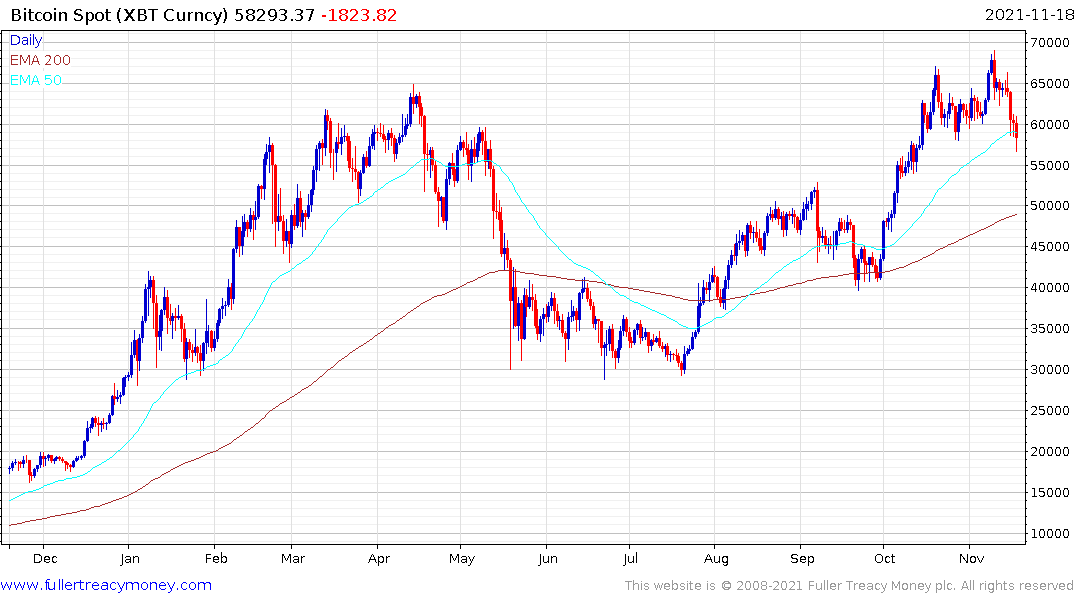 Bitcoin continues to test the lower side of the range following last week’s downside key day reversal and short-term failed upside break. It will need to continue to hold the $57000 level if a larger failed upside break is to be avoided. 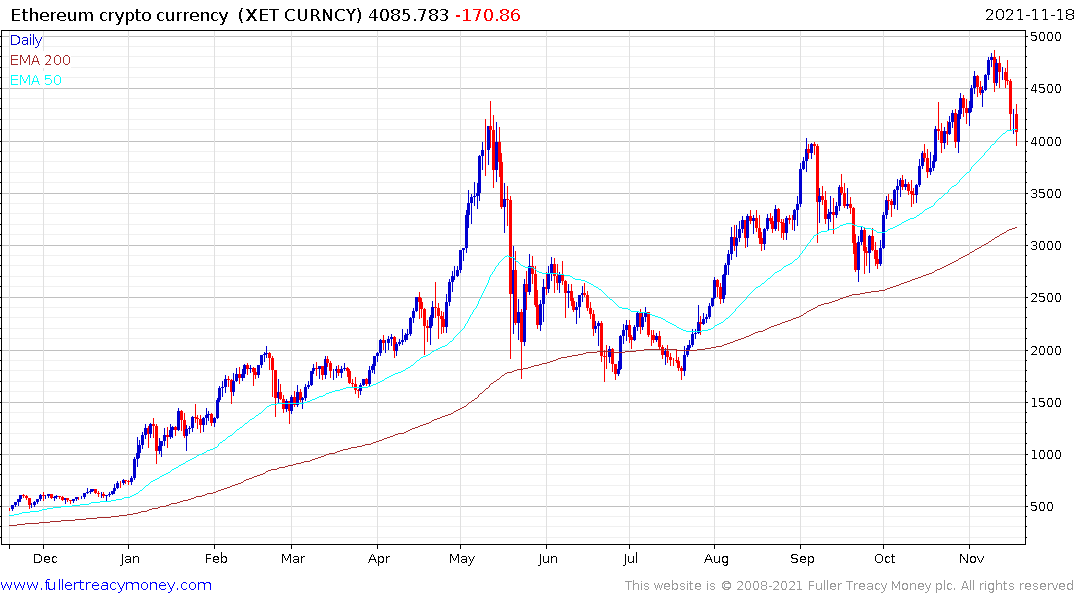 Ethereum is also testing a psychological area of potential support near $4000. A clear upward dynamic will be required to confirm a return to demand dominance in this area.

I am also reminded of the fact that Sofi bought the rights to the new NFL stadium in Los Angeles a couple of years ago. I had never heard of that company before the event either. 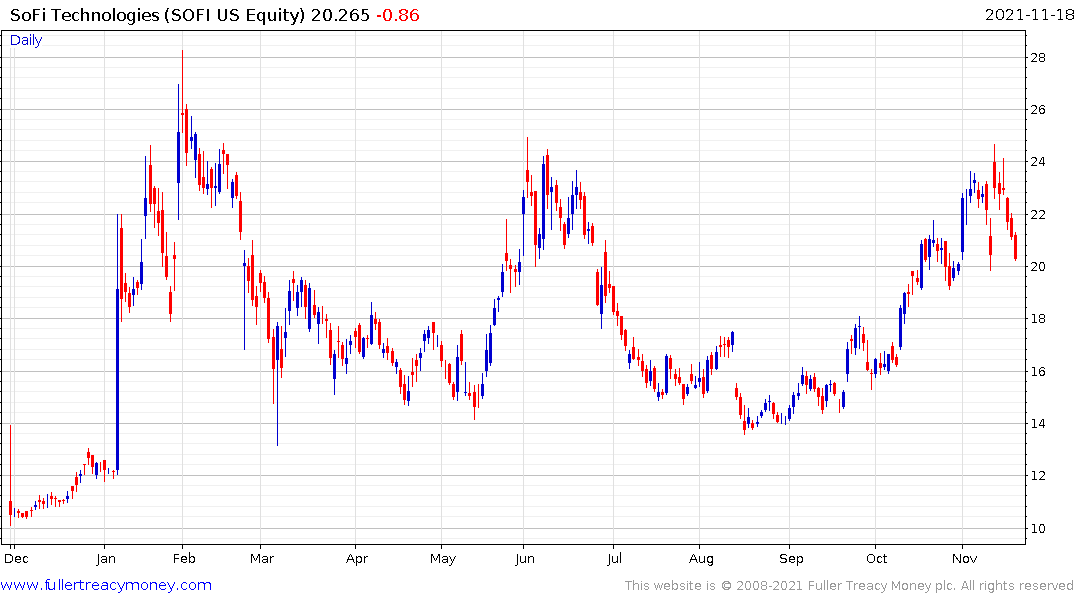 The fintech sector has taken aim at the established payments companies by hoping technology will allow them to survive on lower fees and gain market share. This has taken two distinct paths; crypto and online payments.

The challenge is the big companies also have the wherewithal to spend on technology and have well established relationships and wide networks. Outside of crypto fintechs went after less creditworthy customers like young people and buy-now-pay-later business models. 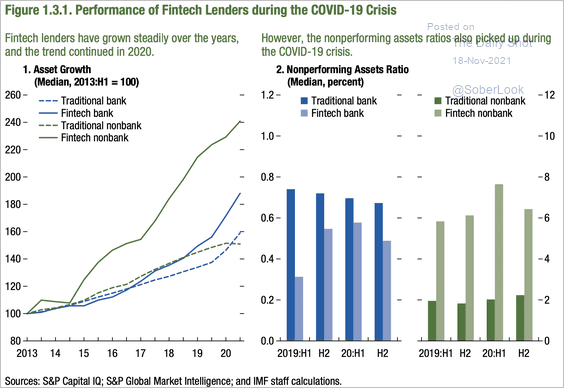 The number of non-performing loans in this portion of the market and helps to explain the less than stellar performance of the fintech sector. 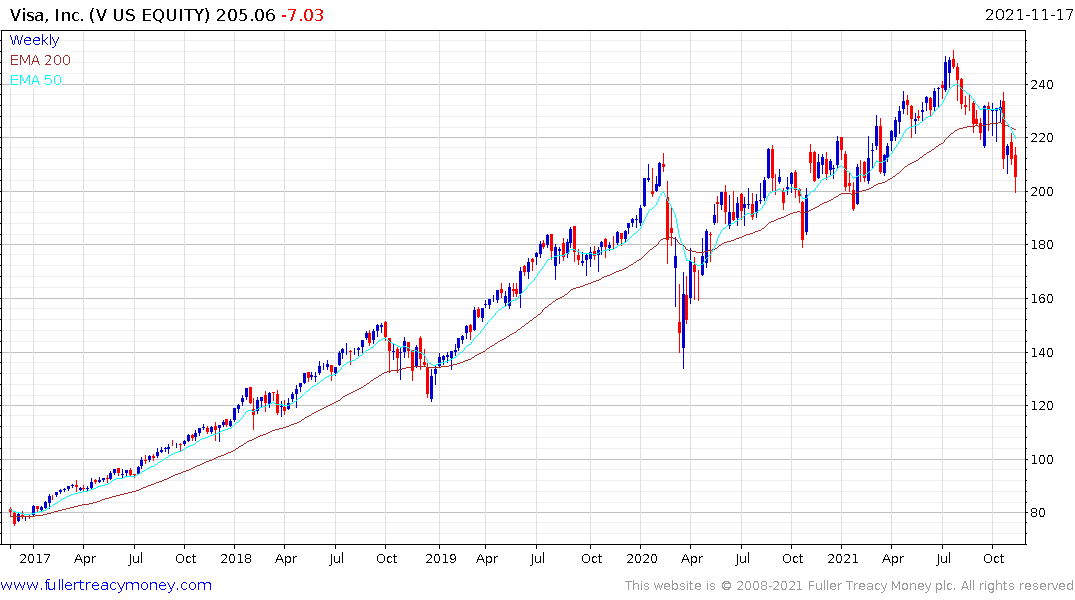 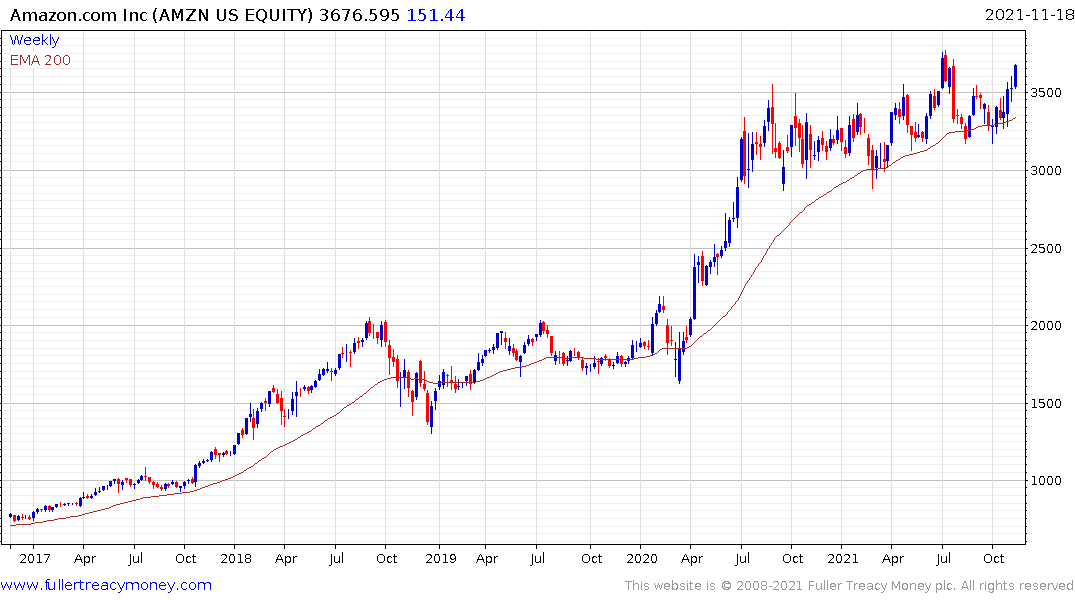 Amazon’s determination to squeeze Visa and other payments providers suggests thinner margins are likely across the sector.