One of the company’s most widely held bonds plunged by 6 cents on the dollar to 28.5 cents on Wednesday, a record low. The rout -- triggered by Evergrande’s warning of a potential default if its asset-sale plans fail to materialize -- accelerated during European market hours as private banks offloaded positions, traders said.

The collateral damage was concentrated in junk-rated developers including Kaisa Group Holdings Ltd., Fantasia Holdings Group Co. and Guangzhou R&F Properties Co. The latter company’s dollar notes due 2024 tumbled 4.1 cents to 66.8, according to Bloomberg-compiled data. Declines in the broader Chinese high-yield space reached as much as 2 cents on the dollar, halting a tentative rally over the past few days.

Investors in China’s $12 trillion bond market have become fixated on Evergrande as they weigh the ramifications of a potential default by the world’s most indebted developer. With bondholders, banks, suppliers and homebuyers exposed to the real estate giant, any collapse could roil China’s economy. While regulators urged the company to resolve its debt woes in a rare public rebuke earlier this month, they have said little about whether state support is forthcoming. President Xi Jinping has been trying to wean the Chinese financial system off implicit government guarantees that fueled years of outsized borrowing.

China Evergrande is the biggest issuer of US Dollar denominated debt in the emerging markets. The financial markets are floating on a sea of Dollars. There are so many dollars in circulation that cross currency swaps are close to moving into a positive spread for the first time in years. Therefore, Evergrande’s problems are not arising because global liquidity is tightening. Instead, they are the result of government efforts to contain leverage ratios in the Chinese property market.

Let’s think back to the US housing bubble in the mid-2000s. The low interest rate environment following the TMT bubble, lax lending practices at banks, financial innovations like CMOs and CDS, and government policies to support housing investment resulted in massive speculation in property. Rising interest rates eventually pushed VaR pricing models over the edge and liquidity froze up. Banks went bust, the economy suffered a deep recession and millions of people lost their homes.

China has been providing free land to property developers for years and bailed out everyone that got into trouble. Access to liquidity was assured and repayment is often tied into other business lines. Since there is no property tax, investors believe that properties are a risk-free vehicle for storing wealth. That’s been the correct assumption for decades and prices have never stopped rising. The result is many consumers struggle to ever buy because investors are so overweight in the sector.

China has domestic equivalents of liar loans, NINJA loans and complicated financial structures no one really understands. Economic growth over the last decade has been based on leverage. The entire financial sector is exposed to the property sector. Government efforts to contain leverage and speculation represent a significant risk of an upset.

The question to monitor is how willing will the Xi administration be to tolerate a significant deleveraging in order to lay the foundations for future growth? 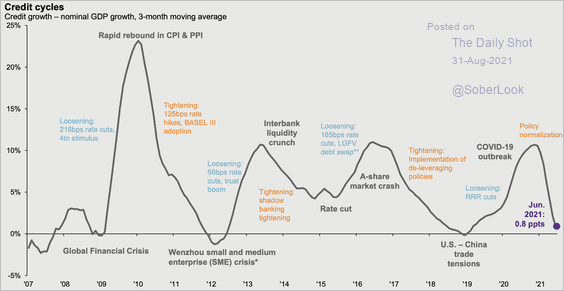 The evidence so far is the credit impulse is turning back upwards. The sheer magnitude of the problem means the government has little choice but to stick to a maintenance level of leverage. That should help to support risk taking and further delay the resolution of the above issues. The FTSE/Xinhua A600 Banks Index continues to rebound from the recent lows. 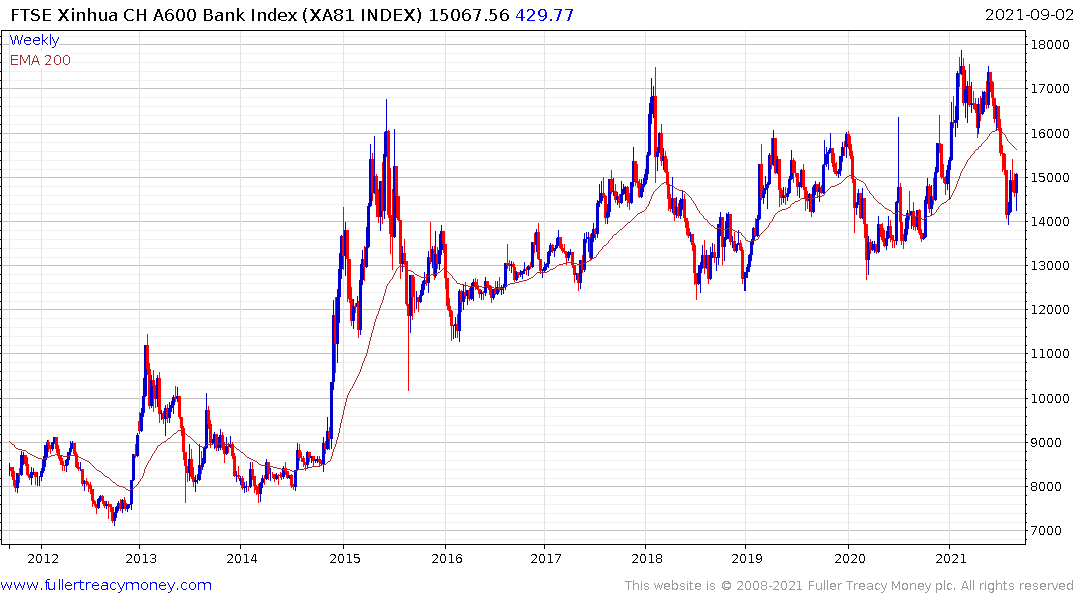 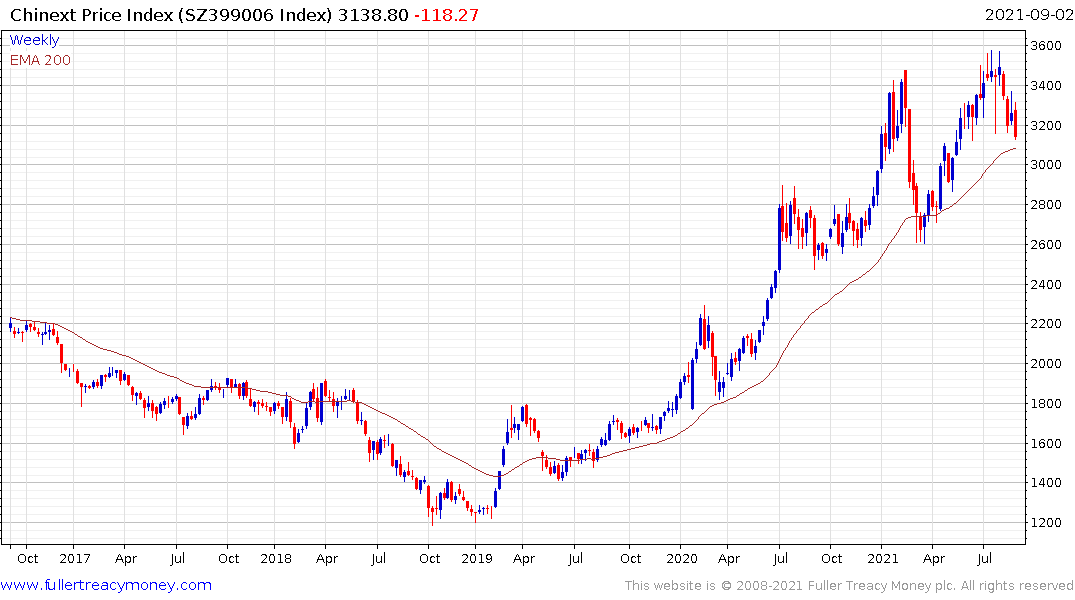 The ChiNext Index continues to trend test potential support in the region of the trend mean. 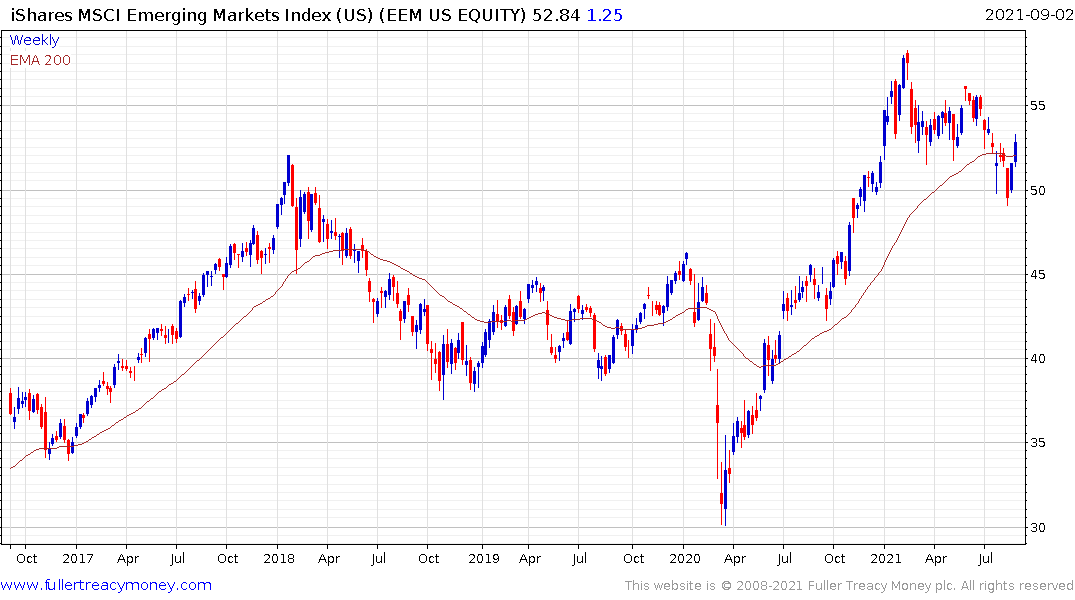 The MSCI Emerging Markets ETF, where Chinese stocks represent a significant weighting, continues to bounce from the region of the 2018 peak.