Email of the day on bitcoin's reliability as an investment:
Comment of the Day

Email of the day on bitcoin's reliability as an investment: by Eoin Treacy

An interesting way to look at the Bitcoin price.

Thanks for this insightful graphic which may be of interest to subscribers. Here is a section from the commentary: 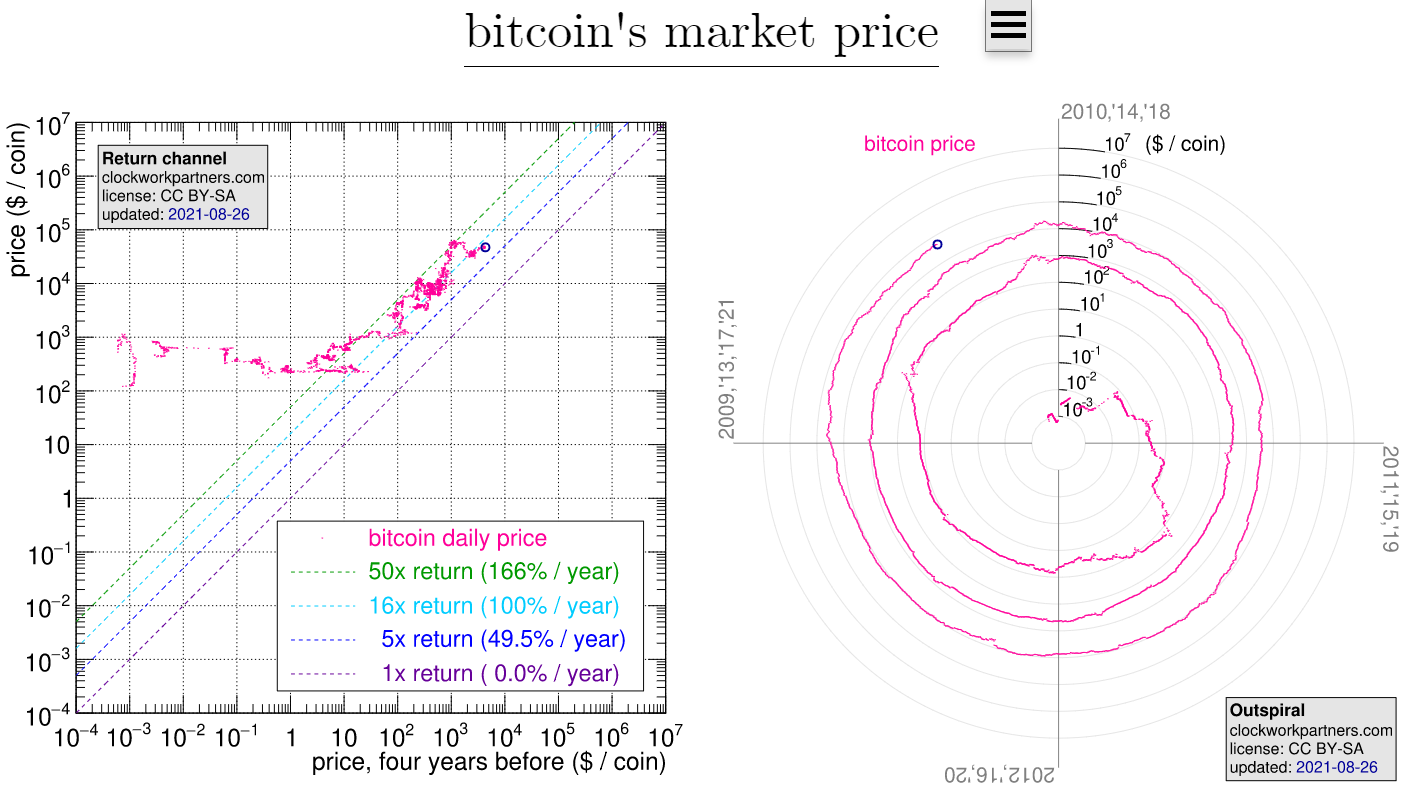 In both charts, each day is represented by a pink dot and the most recent day's dot is displayed within a blue circle. Price data are from Bevand and Coin Metrics.

Has anyone ever suffered a loss by purchasing bitcoin with dollars and holding it for four or more years? Will anyone?

This is a particularly compelling argument. Who can deny the merits of buying when all one has to do to make a sizeable gain is to hold for a minimum of four years. It makes investing sound so simple that anyone can do it? That fact the people who have already followed this advice are already sitting on sizeable paper gains only amplifies the message. 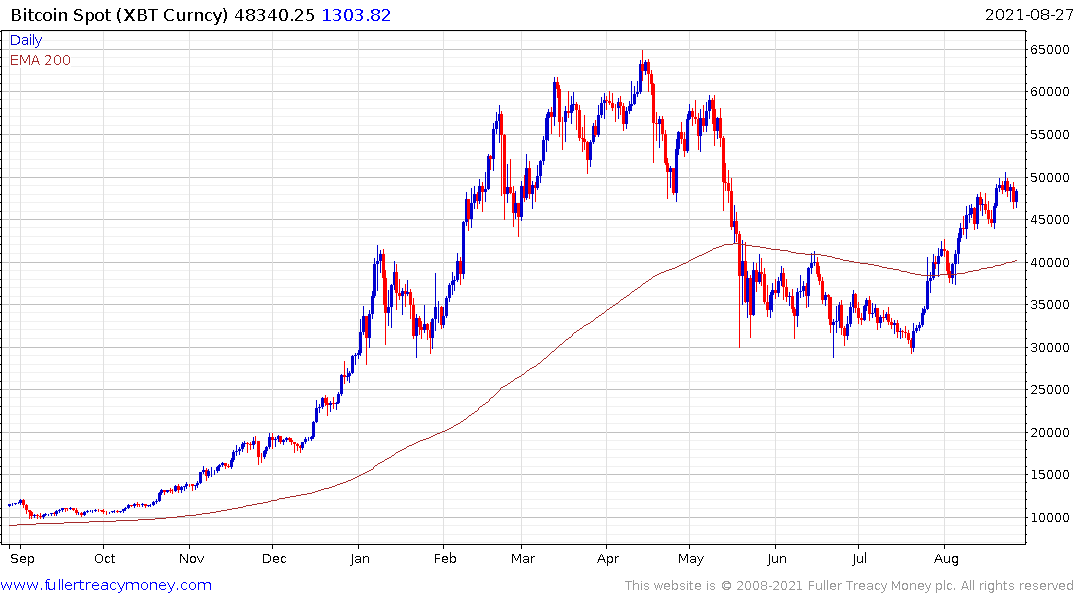 More than anything this makes the link between bitcoin’s price movements and the continued supply of liquidity from the world’s central banks. The price remains in a reasonably consistent recovery.

I have also seen this argument made recently with regard to the technology sector. It’s easy to point out that even if you bought Amazon at the peak in 2000 you would be sitting on major gains today. The massive losses and relative underperformance incurred during the decade long-bear market are merely a rounding error against that claim. 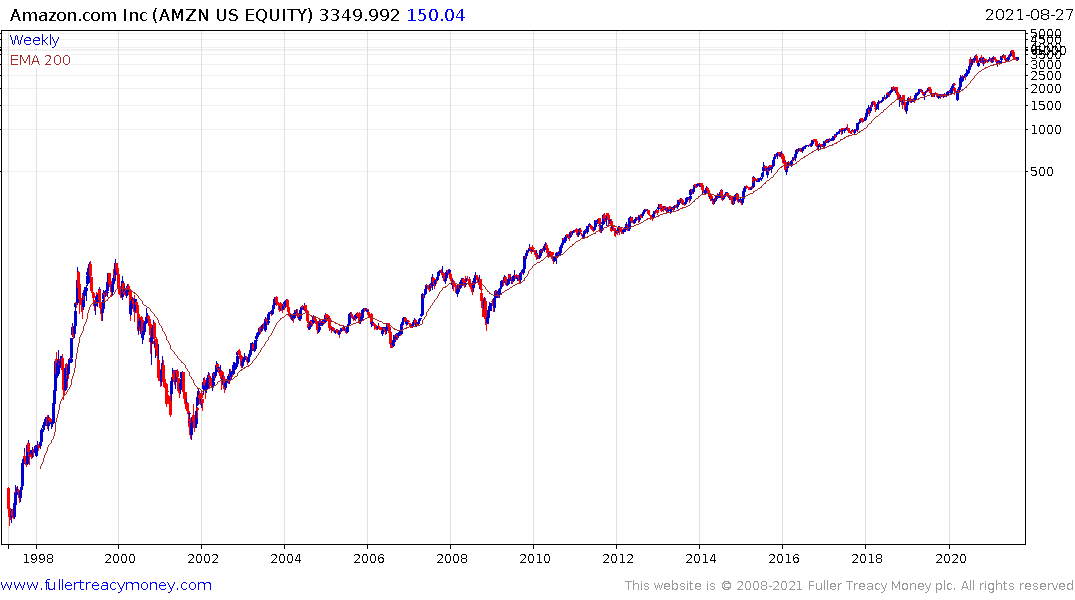 The problem with this argument is history is rife with examples of when the predominance of this logic coincided with major market peaks. The reality is that valuations do matter, but that is only obvious once liquidity begins to be withdrawn. We are not there yet. Instead, there is significant scope for the USA to lead the way in supplying even more liquidity. The only logical conclusion is we are still inflating a bubble which is the time when trends are most consistent.