Miners and Dividends by Eoin Treacy

Gold prices have been ranging between $1700 and $1900 since November. That’s allowed gold miners to sell production at a consistently higher price. That margin boost has allowed a significant number of companies to pay down debt. 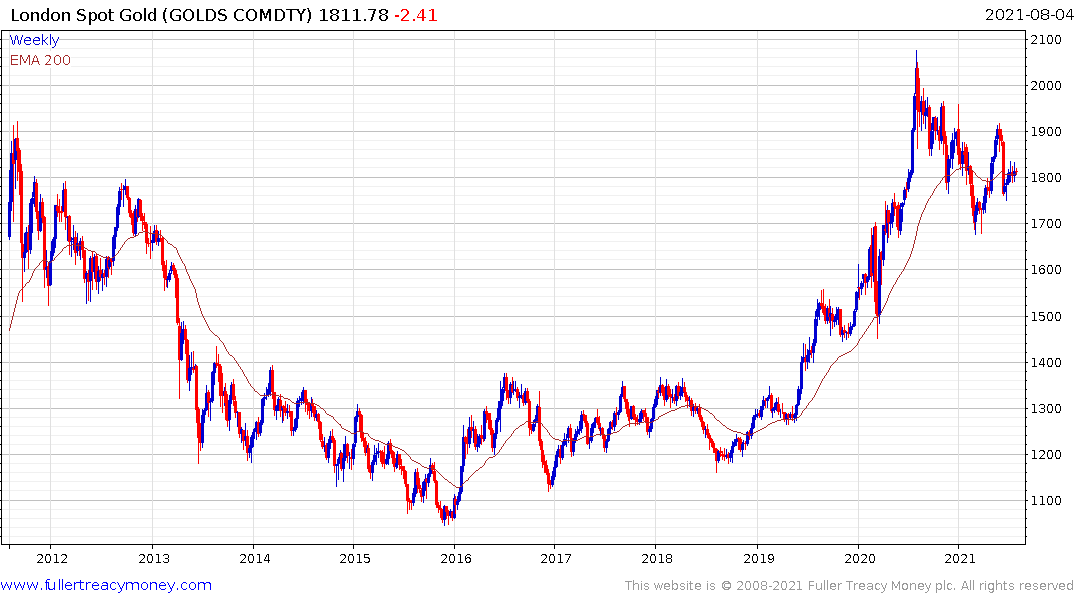 That’s a major achievement for the sector. Many miners were saddled with large debt piles when the last bull market peaked in 2011. They had borrowed heavily on the expectation that prices only go up. It has taken the survivors a decade to erode that burden.

An increasing number have no debt at all. When miners have no debt and increasing cash on their balance sheets, they have two choices. They either spend the money on exploration/expansion or they boost/introduce dividends or buy back stock. Often they do both. 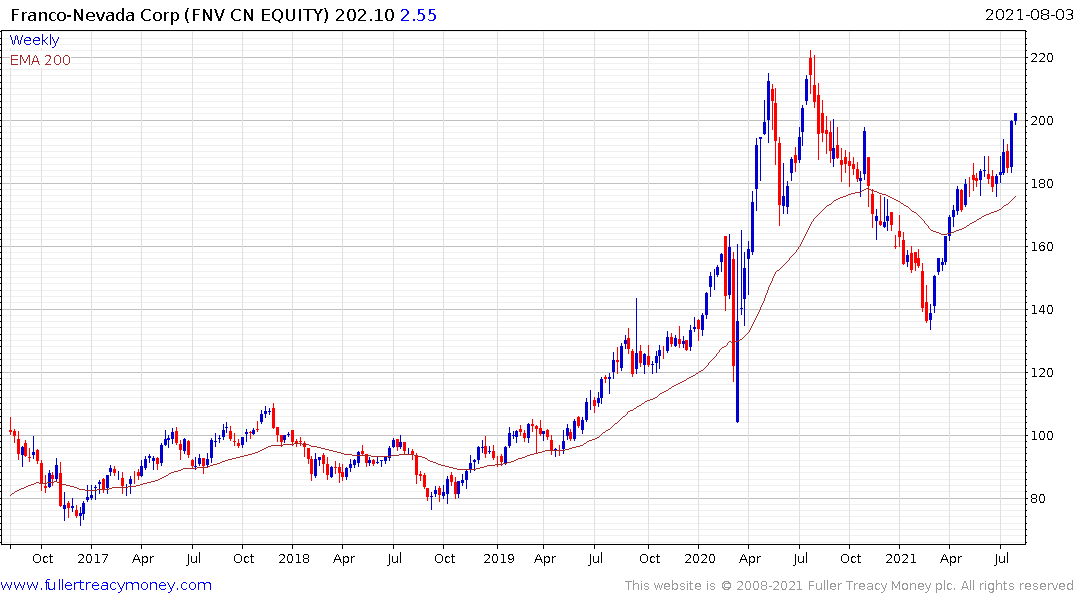 Franco Nevada remains the gold standard in that regard. The company has a $38 billion market cap, no debt and grew its dividend by 4% last year. The share’s strong performance means the yield is low 0.72% 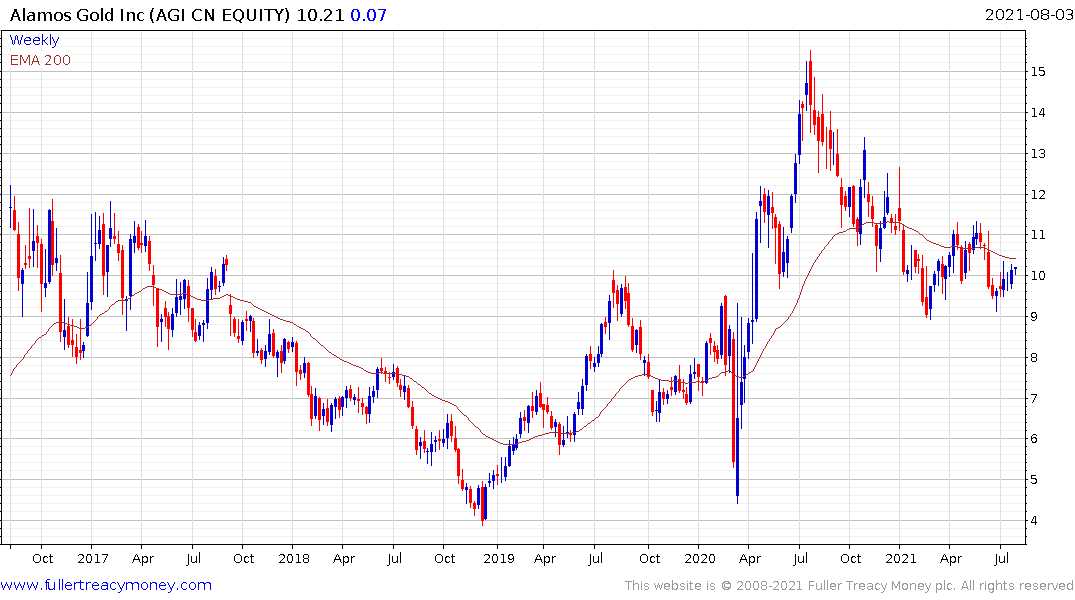 Alamos Gold has a $4 billion market cap, no debt and increased its dividend by 70% over the last year; for a yield of 1.18%. The share is currently firming from the upper side of its base formation.

There are 450 other gold miners which do not pay dividends but have no debt. Great Bear Resources has been ranging for a year and is currently firming from the lower boundary. 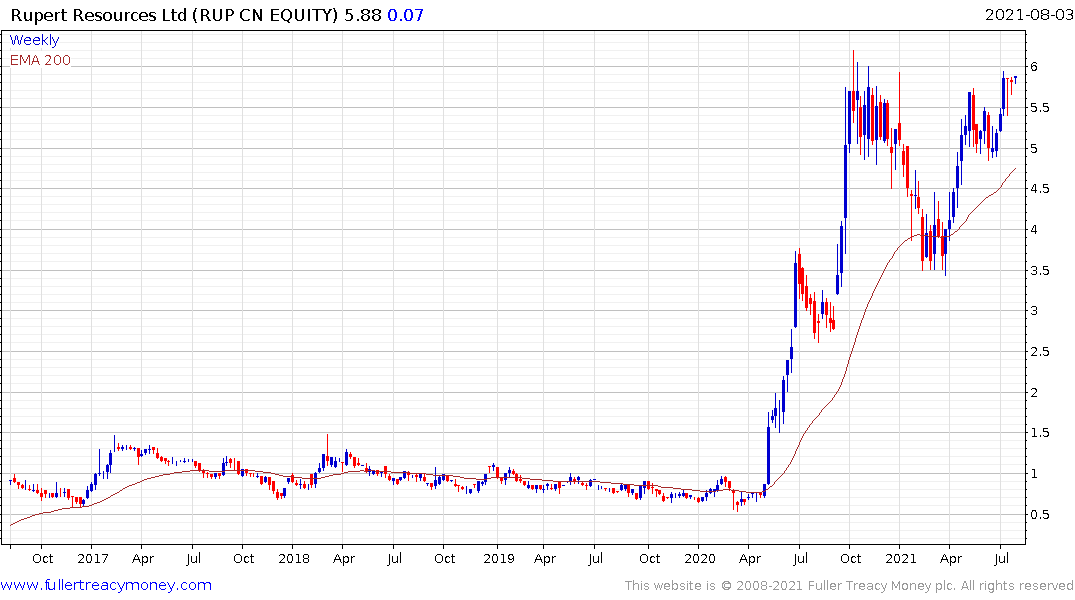 Rupert Resources has no debt, with a fully funded drilling program over the next two years. The share is currently firming within its short-term range in the region of the all-time peak.

When it comes to smaller companies there is always the risk, they will issue more shares to fund exploration. Therefore, the zero net debt figure is really only applicable for companies that have habitually issued debt. 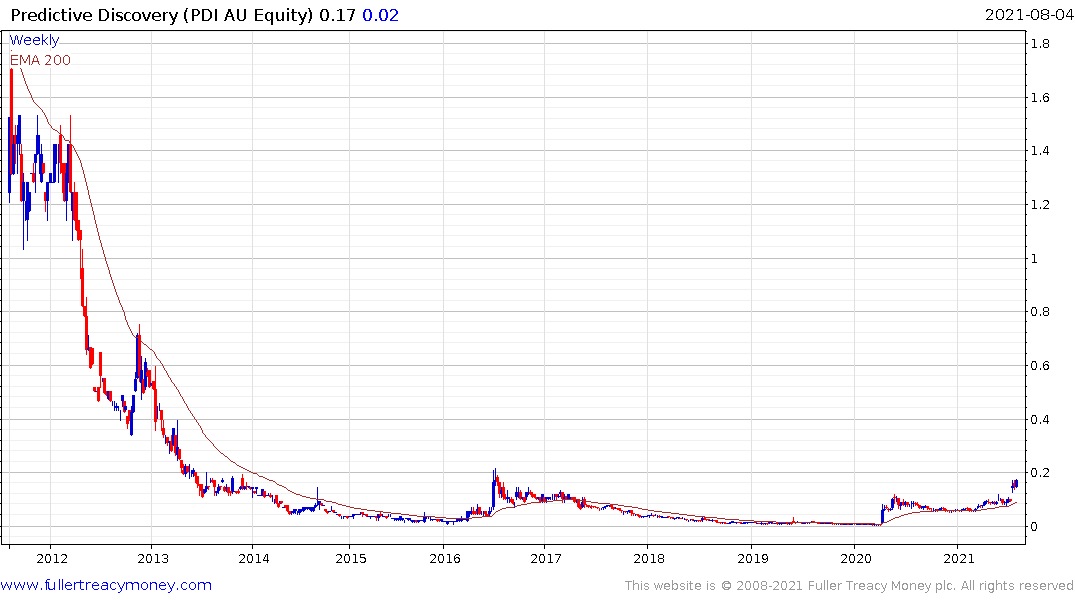 Australia listed Predicative Discovery has no debt and a market cap of A$229 million. The share broke higher to complete a first step above the base this week on impressive drilling results. 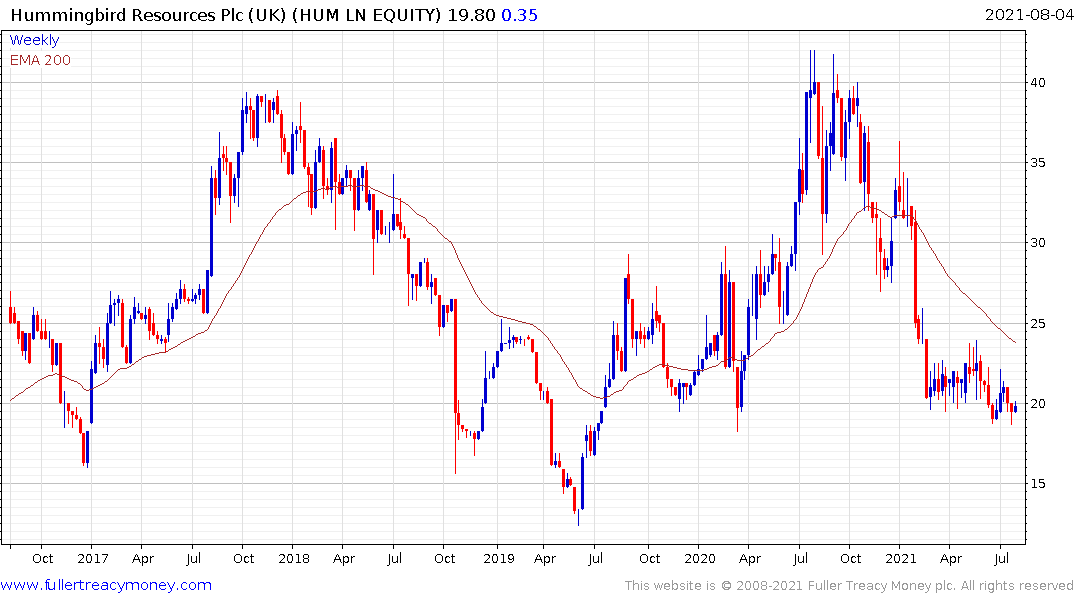 The UK’s Hummingbird Resources paid down its debt in the last quarter and expects to double production to more than 200,000 ounces within the next 18 months. It expects to reach 500,000 ounces by 2025. The share has languished because of worries about the security of the operations resulting from unrest in Mali. 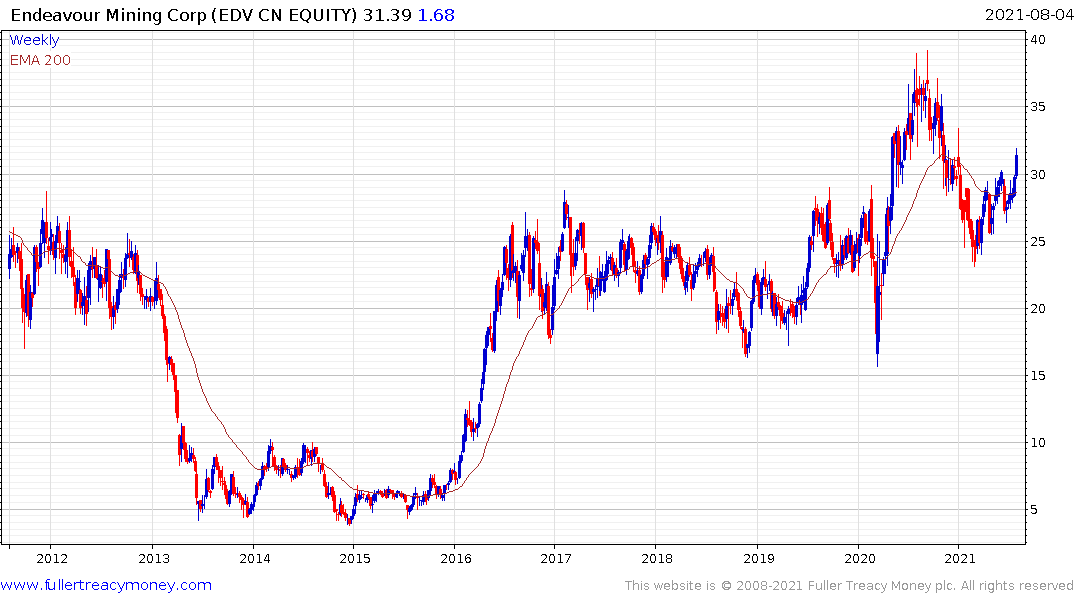 Outside of the zero-debt group, Endeavour Mining announced strong results today and falling costs of production as its expanding mines come on line. With an all-in-sustaining-cost (AISC) of $853 the company is in strong position and hit a new recovery high on the news. The share is now also listed in the UK.