Andrea Enria, head of the ECB’s supervisory arm, said in a Bloomberg Television interview that there’s limited visibility on asset quality and that the bank will revisit its decision in September. He also called for moderation on banks’ variable pay.

The cap makes the ECB one of the more hawkish banking watchdogs in Europe. The Bank of England said last week that it will allow lenders to make payouts that don’t exceed 0.2% their risk-weighted assets, or 25% of cumulative quarterly profits over 2019 and 2020 after deducting shareholder distributions.

Europe’s banks are hamstrung by negative interest rates but they still charge fees for just about everything and don’t pay an interest rate. The most significant factor in their favour is the bad debts issue is slowly being eroded. That particularly true on the periphery. 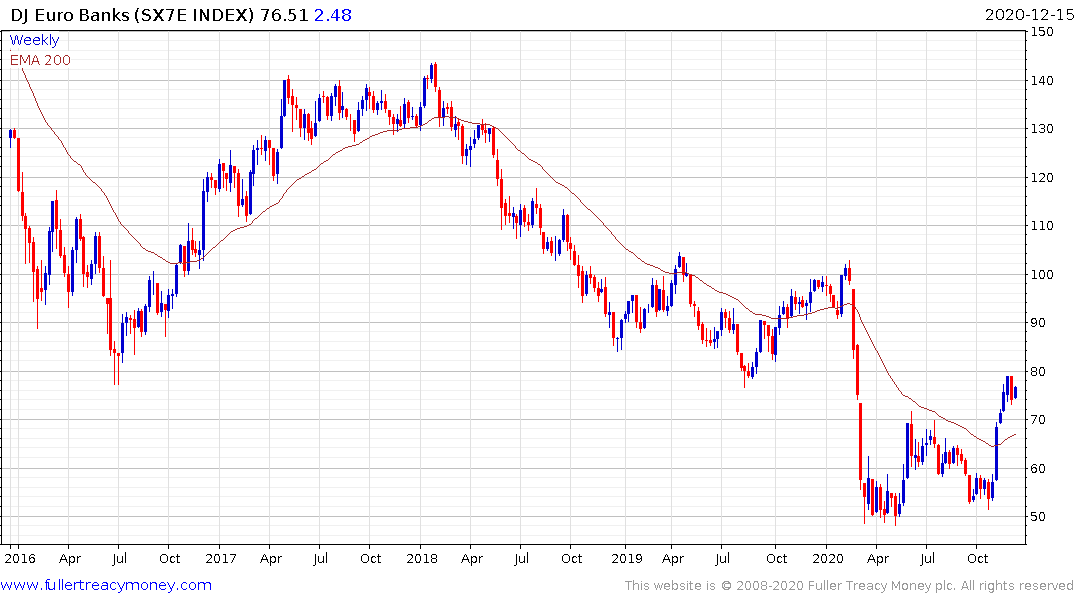 The Euro STOXX Banks Index has rebounded impressively over the last couple of months and is now testing the lower side of the overhead eight-year range. A sustained move above 80 will confirm a failed downside break and renewed medium-term demand dominance. 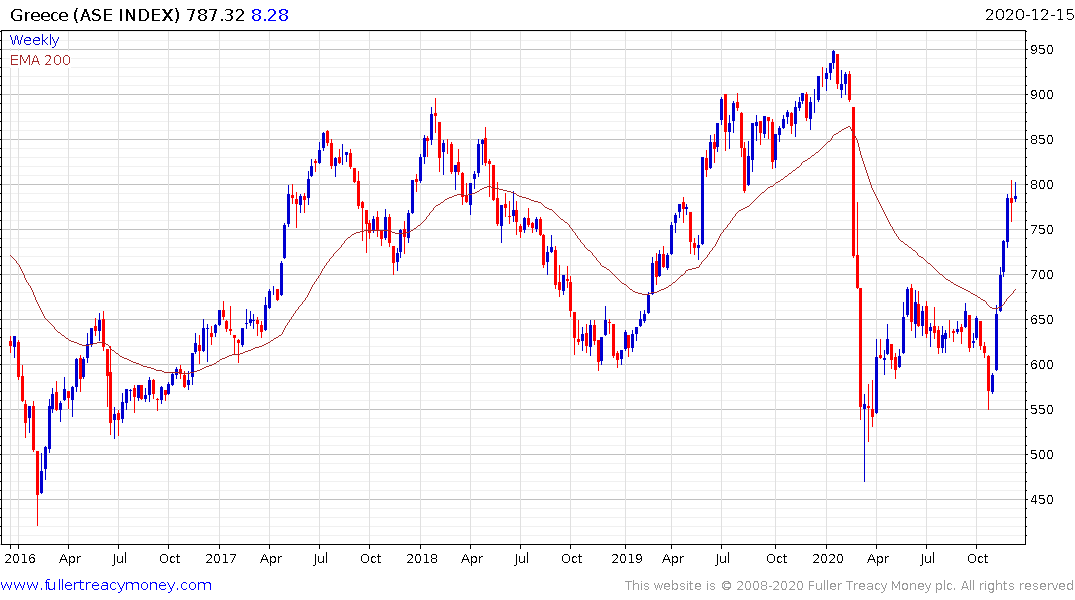 Greece’s debt it now trading at a negative yield but its banking sector’s success in disposing of nonperforming loans is a potentially more significant development. The Athens Stock Exchange Index is bouncing from the lower side of an eight-year base formation.