Tim Crockford, lead manager for Europe outside the U.K. at Hermes Investment Management, points to companies like Kion Group, the German forklift producer, which could benefit from the shift to automation in large warehouses as e-commerce groups expand.

“Europe does have some very exciting tech companies; it’s just that they tend to be somewhere in the middle of the value chain rather than the very downstream or at the top end,” Mr. Crockford said.

Some bullish investors see reasonable valuations on businesses with a global market rather than in an improvement in the regional economy itself.

There is a bearish consensus about Europe and its prospects so that alone is a reason to start examining the market.

The very weakness of the economy which so many commentators focus on is also one of the most bullish arguments because it enhances the potential for continued monetary stimulus. The ECB only ended it last program in December so it will probably take a while for them to admit that was a mistake but the weaker the economic figures the greater the potential for additional assistance.

Mario Draghi leaves his post at the end of the year and a fresh round of stimulus would be a gift for his successor because it could be blamed on the current administration. That might, however, be too much to hope for.

The return of negative yields on sovereign debt, the rebound in bank stocks, the weakness of the Euro and the nascent recovery in peripheral stock markets all point towards investors concluding additional stimulus is inevitable. 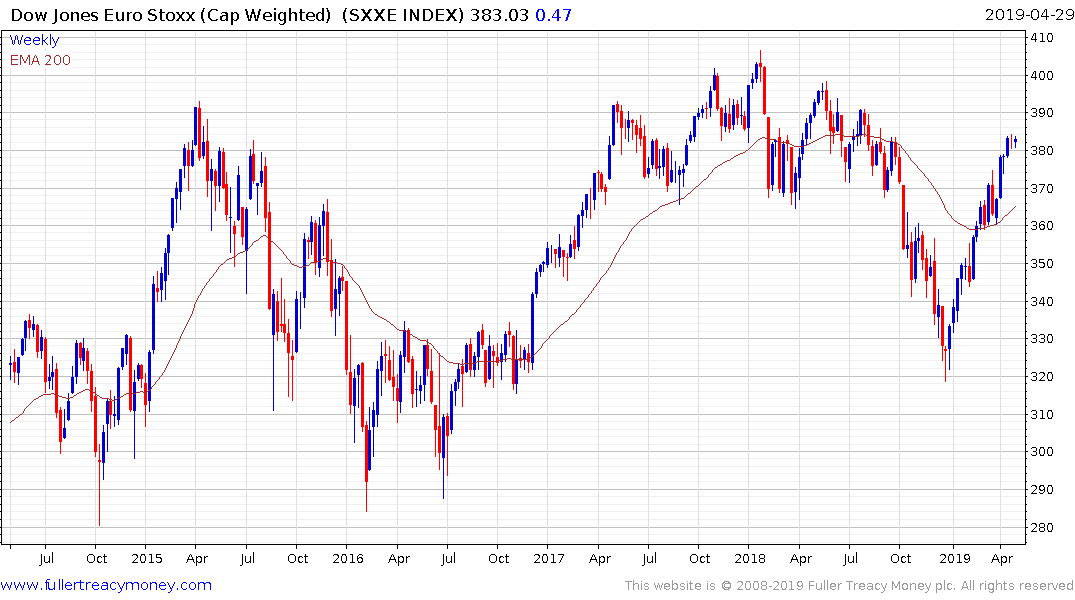