In automotive circles, Wang’s predictions of the combustion engine’s imminent demise often meet profound skepticism. Chinese sales of new-energy vehicles, a category comprising plug-in hybrids, pure EVs, and fuel-cell cars, more than tripled from 2015 to 2018, but they still account for only 4.5 percent of the total. The doubters, he argues, underestimate the country’s capacity for reinvention. “The Chinese way is to replace everything at once,” Wang says. “When we switched from black-and-white to color TVs, it took three years. In the West it was 10. Going from feature phones to smartphones took about one year. In Europe it was three. Cars will be the same. It will go very fast.”

China is a massive oil and gas importer but has abundant coal reserves. It therefore has a clear incentive to use less gasoline and natural gas and more coal. Electric vehicles fit squarely into that equation. Since coal is massively polluting nuclear energy is another growth industry in China.

If China does in fact go for an aggressive schedule for electric vehicle adoption it will only be after massive battery manufacturing capacity is completed. CATL is well on its way to completing three giga-factories while BYD is also expanding production of batteries. That could quite easily result in the significant compression in prices, in a manner similar to what happened with solar cells when China sought to capture that market. In solar’s case, the result was a lot cheaper generating capacity but a very difficult environment for investors because the shares tanked as margins evaporated. 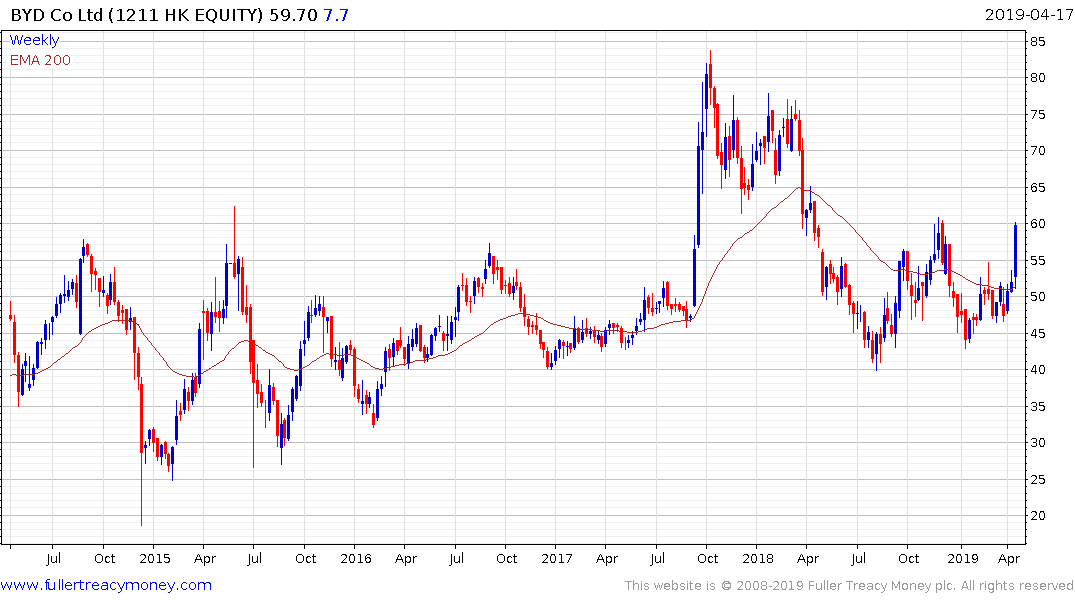 BYD has been building support for nine months and a sustained move below HK$45 would be required to question medium-term scope for continued higher to latera ranging. 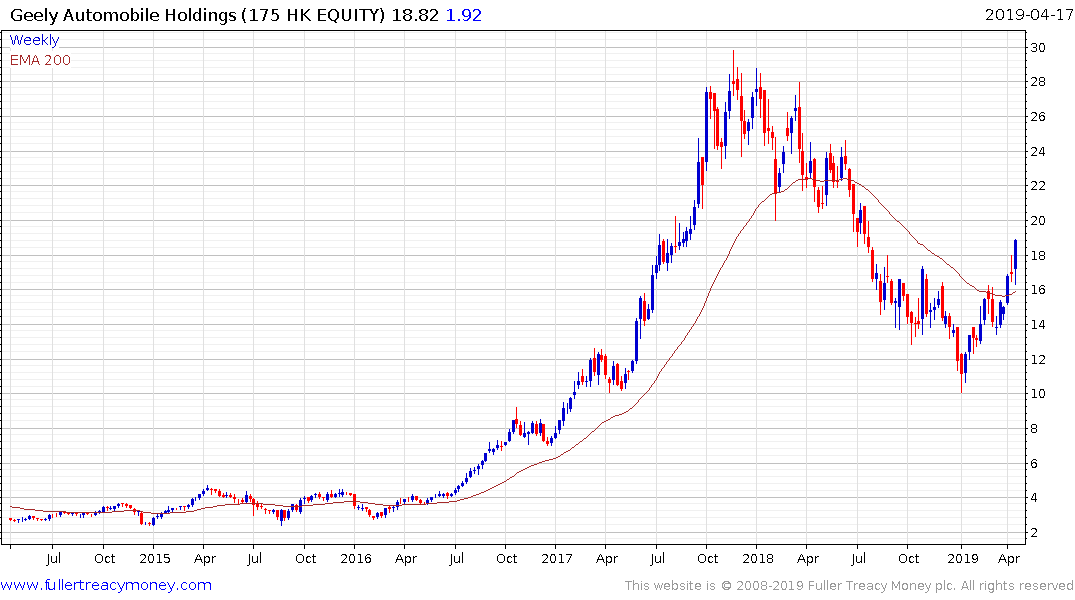 Geely Automotive has rallied over that three weeks to break a yearlong sequence of lower rally highs.