Gold and Other Metals Decline on 'Surprise' U.S. Data
Comment of the Day

Gold and Other Metals Decline on 'Surprise' U.S. Data by Eoin Treacy

Most measures of the PPI are a bit stronger than expected, as well as jobless claims,” Tai Wong, head of base and precious metals derivatives trading at BMO Capital Markets, says in phone interview  With the “surprise positive economic data, especially the PPI, if you are thinking that the Fed’s next move is going to be a rate cut, this moves that further away” “It will probably keep the Fed neutral for longer”

The current economic environment represents the sweet spot between when the central banks of the world pause in raising rates and when economic activity continues to expand. Those are exactly the kinds of conditions in which we see cyclical sectors leveraged to the growth of the global economy turn to outperformance. So why were commodities weak today on the back of stronger economic news? 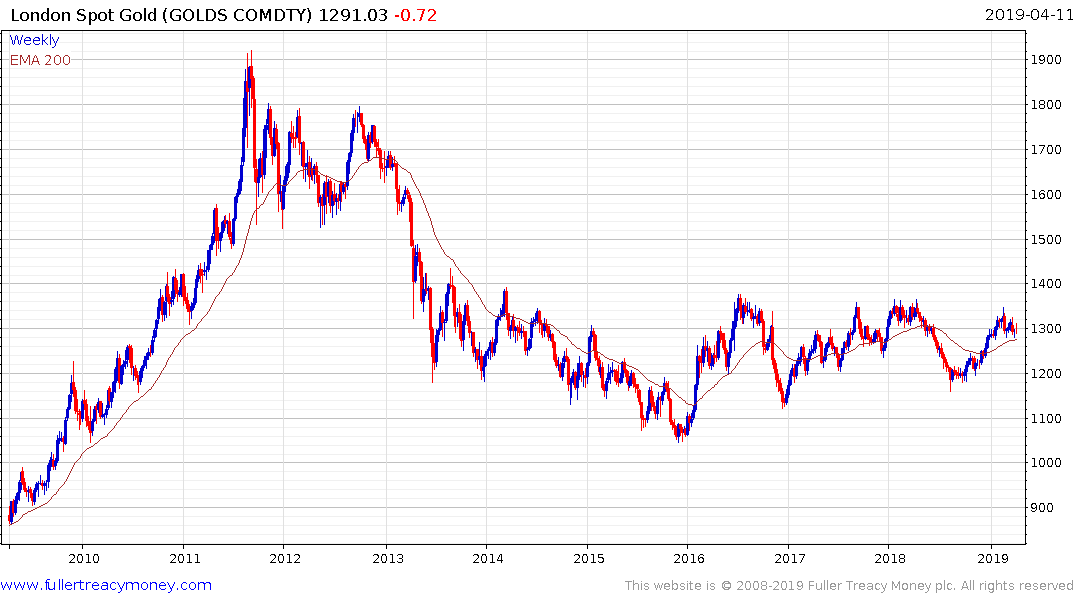 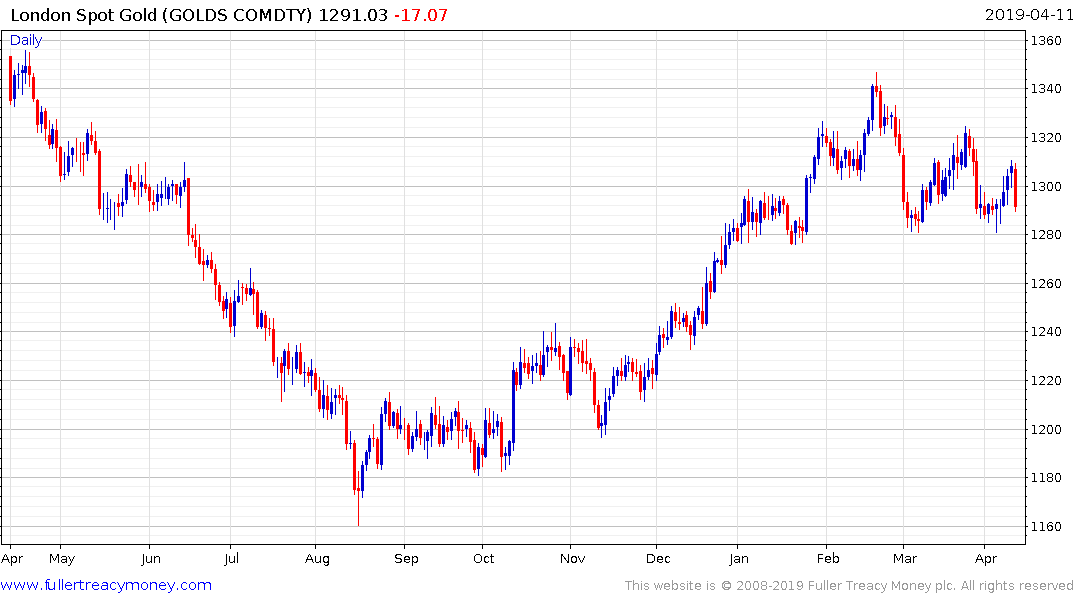 There has certainly been some pricing in of rate cuts which are unlikely before the end of the year so that holds out the prospect for some additional consolidation. Medium-term gold remains in a more than six-year base formation. However, if we look at the short-term internal dynamics of the range which has been forming since February, the price has been falling faster than it is rising. Today’s decline was another example of that. The $1275 area has offered support since January and will need to continue to do so if potential for continued support building is to be given the benefit of the doubt.