Italian President Sergio Mattarella takes center-stage as he weighs whether to give law professor Giuseppe Conte a chance to lead a populist government following a last- minute wobble over the candidate’s suitability for the post.

Mattarella is due to announce his decision as early as Wednesday after Conte, 53, was put forward by Luigi Di Maio of the anti-establishment Five Star Movement and Matteo Salvini of the anti-immigrant League. A flurry of reports in Italian media cast doubt on Conte’s premiership before it even began, prompting Five Star and the League to reaffirm Conte’s candidacy on Tuesday evening.

The marriage of two populist parties which are essentially from the two opposing extremes of the populist field i.e. cut taxes versus boost benefits, is proving more fraught with difficulty than might initially have been apparent. They are still likely to try and install a compromise candidate but there is no doubting that strong personalities are to the fore.

The FTSE MIB Index firmed from the region of the trend mean today and a sustained move below it would be required to question medium-term scope for additional upside. 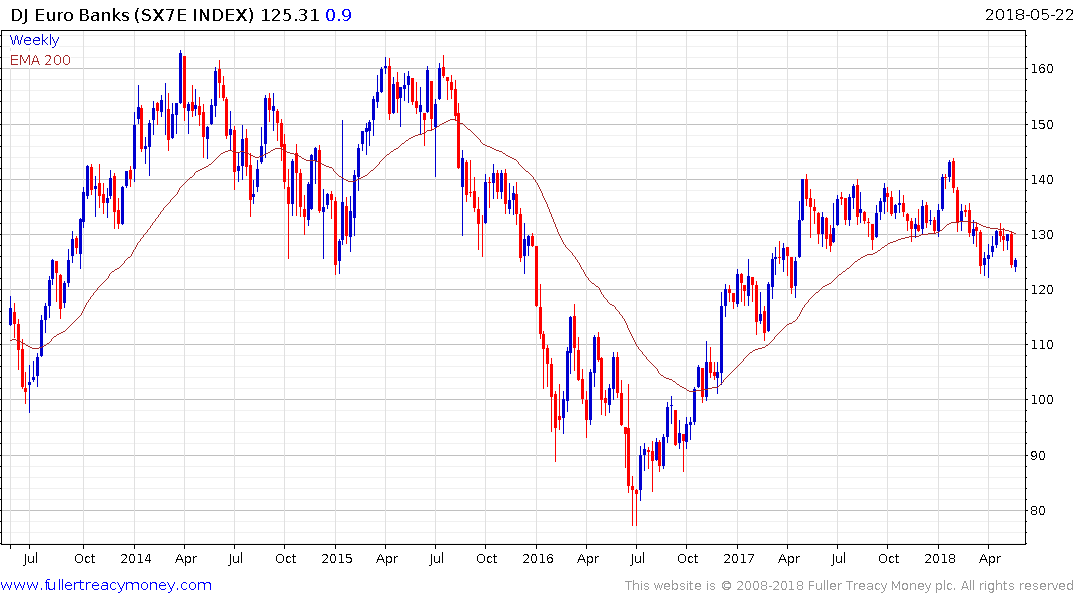 There are also a number of Italian banks in the Euro STOXX Banks Index. It steadied today from the region of the region of March lows but a sustained move back above the trend mean will be required to signal more than temporary support has been found.