The data is a fresh rebuttal to those who warned that hundreds of billions of dollars of tax relief will head directly to the stock market and be harvested by shareholders already fattened by a nine-year bull market. While buybacks indeed got a boost from the windfall, companies increased the rate at which they unleash cash for building factories and upgrading equipment, a strategy that’s preferred by investors for the benefit of future growth.

Corporate buybacks, while increasingly a key pillar of the second-longest bull market on record, are constantly drawing criticism from politicians and money managers as being short-sighted. By their line of logic, companies take advantage of low interest rates to borrow money and buy back shares as a quick way to boost per-share earnings. In doing so, they’re forgoing investment opportunities that may benefit long-term growth.

In the past year, shares of companies with the highest layouts on repurchases and dividends relative to market value are trailing those that spend most on capital expense by almost 5 percentage points, according to data compiled by Goldman Sachs Group Inc. and Bloomberg.

Capital expenditure is an interesting topic considering how much the complexion of industrial base has changed over the last decade. Warehouses have replaced retail space, robots are replacing workers and the cloud is replacing office space. Therefore, when we think about what companies are going to be spending their tax windfall on it is probably going to be on warehouses, robots and servers.

Here is a link to a fascinating report from Barclays discussing some of the issues around the march of technology and what that means for investment and how growth and inflation are measured.

A final measurement issue relates to the definition of investment. In an economy that shifts from (physical) capital-intensive to knowledge-intensive production, intangible capital becomes increasingly important. This encompasses all assets contributing to the long-term accumulation of knowledge (including human capital), research and development, or information stored in software. Although key for driving economic growth as a complement to physical capital, the SNA considers the acquisition of intangible assets to be intermediate consumption, rather than investment.

This (mis)classification is not negligible. Some estimates suggest that in economies such as the UK, investment in intangible capital has surpassed physical capital investment since the early 2000s (Figure 12). Indeed, recent academic research suggests that treating intangible assets in the same way as physical capital would significantly increase the overall recorded investment for many economies and reduce some of the current differences in investment between countries (Figure 13).4 Furthermore, omitting intangible investments can also add J-curve effects to productivity measures. When national accounts fail to account for the production of intangible capital that has not yet led to an increase in measured final output, this implies a loss of output (lower GDP). Later, the returns from the stock of this unmeasured capital create measured output, which is then incorrectly attributed to total factor productivity (TFP) 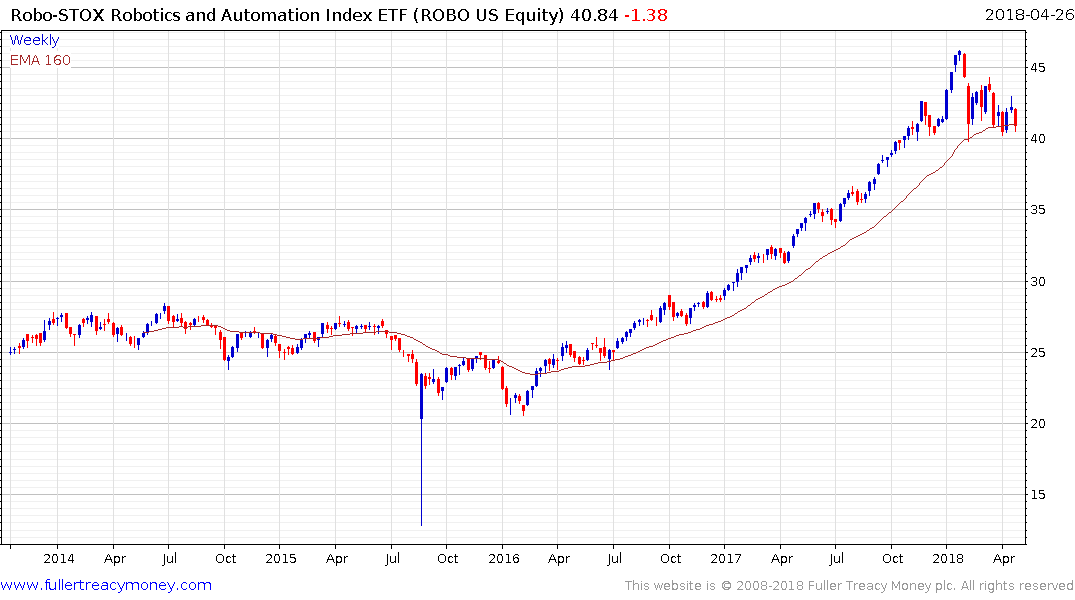 The ROBO Global Robotics & Automation ETF trended persistently higher from 2015 but has been in a corrective phase since January. It is now testing the region of the trend mean and will need to bounce soon if medium-term uptrend consistency is to continue to be given the benefit of the doubt. 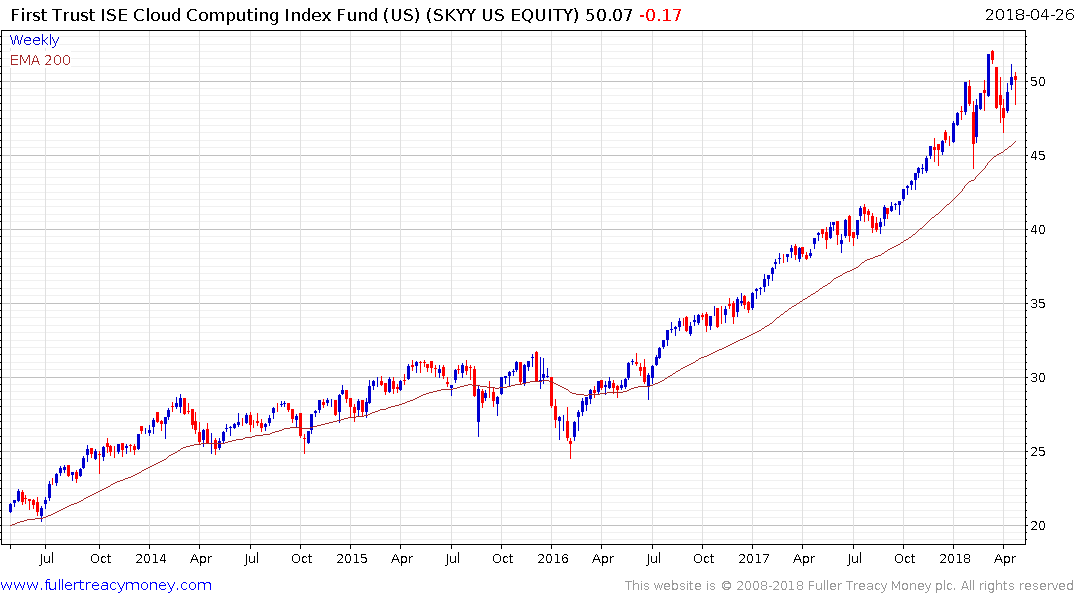 The First Trust Cloud Computing ETF continues to hold a progression of higher reaction lows and a sustained move below the trend mean would be required to question medium-term scope for additional upside. 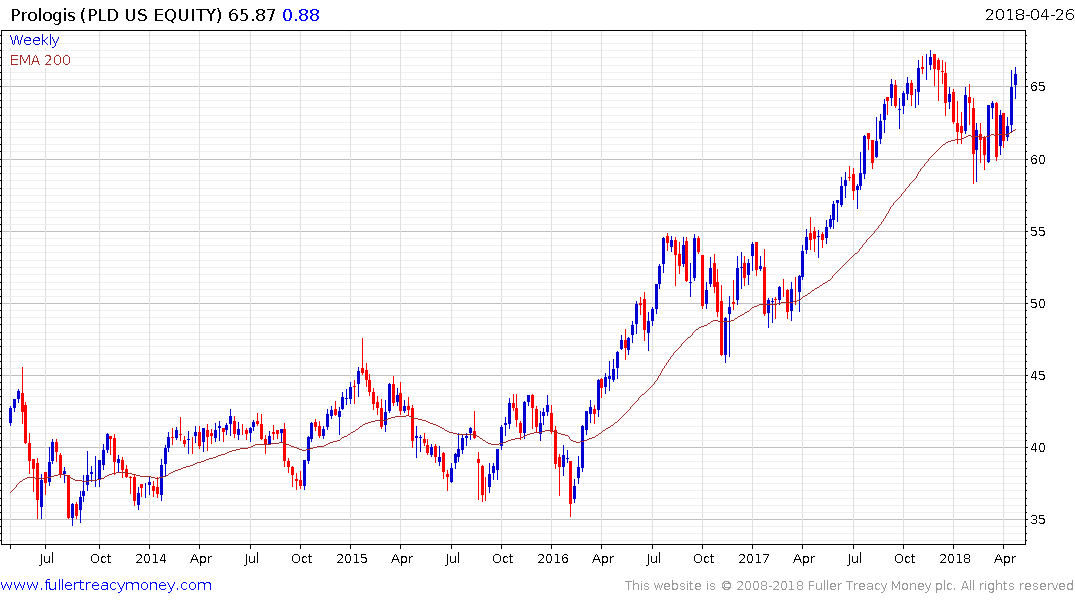 As one of the USA’s largest owners of warehouse space Prologis continues to benefit from Amazon’s growth. The share bounced in February from the region of the trend mean and a sustained move below it would be required to question medium-term uptrend consistency.