The downdraft for the equity market comes amid rising geopolitical tensions, after a North Korean army commander said “sound dialogue” isn’t possible with U.S. President Donald Trump and “only absolute force can work on him,” according to state media. North Korea also laid out detailed plans of how it would launch a missile strike on U.S. military bases in Guam.

The recent testy exchange underlines mounting tensions between Pyongyang and Washington that Wall Street investors are fretting could risk an all-out nuclear war between the nations.

Against that backdrop, the VIX has been steadily rising over the past three sessions coinciding with a pullback in stocks and a jump in demand for assets perceived as havens including gold GCZ7, +1.03%   which was trading around a two-month high and 10-year benchmark Treasurys TMUBMUSD10Y, -0.47%, which were hovering at yearly yield lows around 2.22%. Bond prices move inversely to yields.

Betting on persistently low volatility has been among the best performing trades this year with stock markets continuing to advance while leveraged short VIX ETFs surged higher. Whether that strategy is likely to continue to perform is now being questioned. 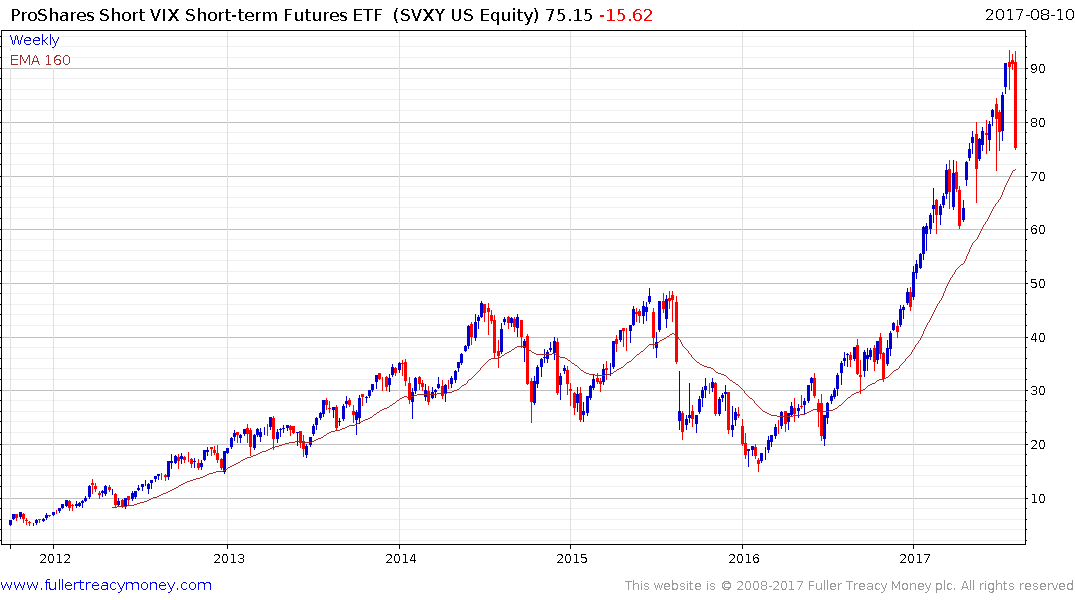 Time is money in the futures and options markets so shorting the VIX means positions benefit from time decay in the underlying options for as long as volatility is contracting. The persistently low volatility readings over the last three months have contributed to impressive gains in XIV and other short VIX products. However, with volatility now testing its medium-term downtrend the risk of deleveraging in these kinds of ETFs is nontrivial. 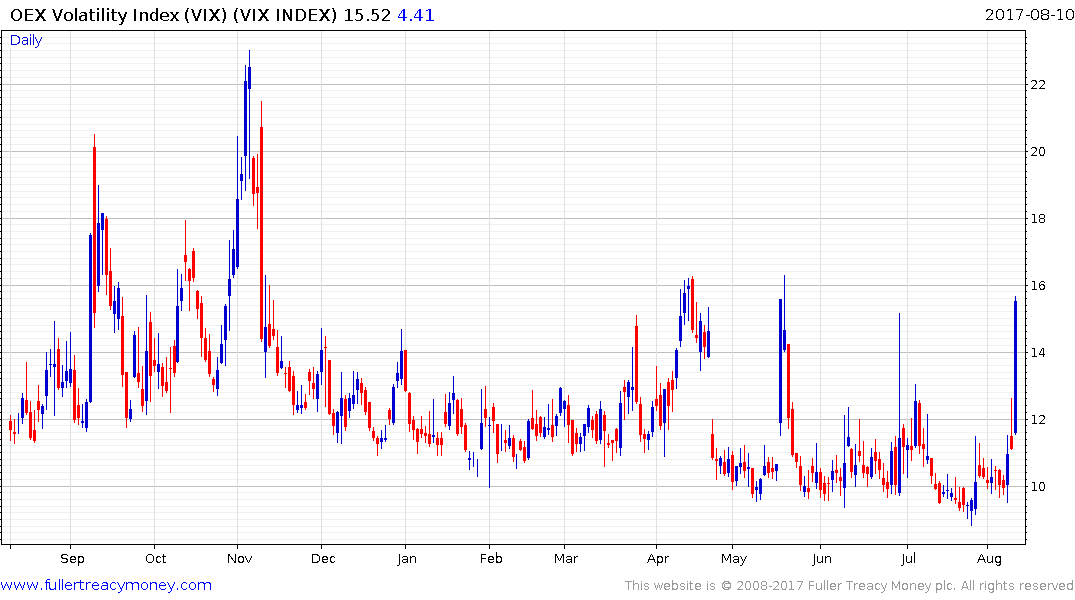 Meanwhile a clear divergence is evident between the trends in the VIX, which tracks S&P options, and the VXN, which tracks Nasdaq-100 options. The VIX has been the more inert of the two and rallied again to today to test the progression of lower rally highs. 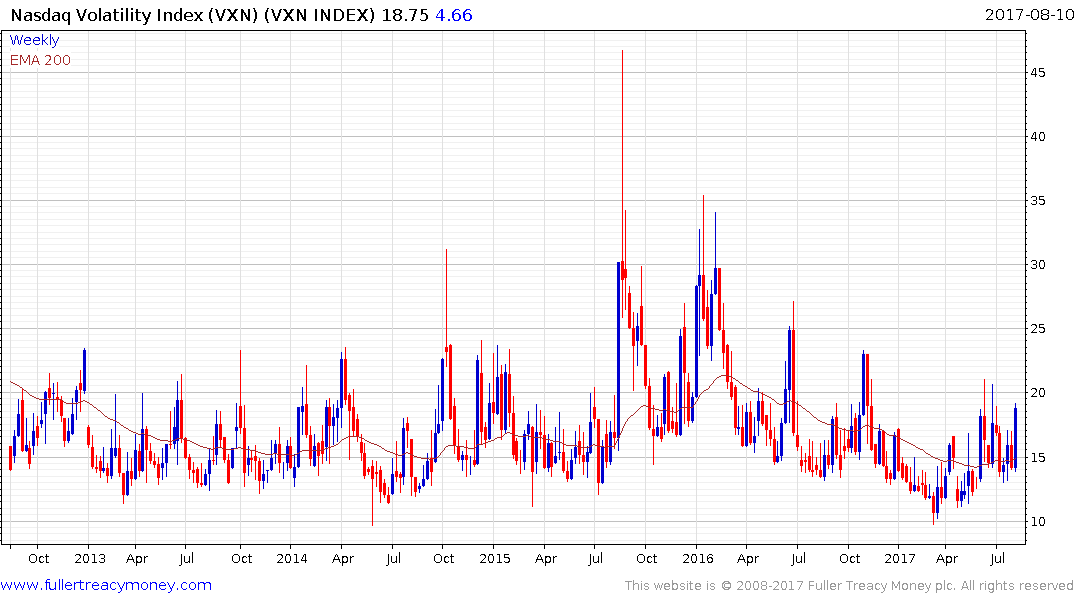 Meanwhile VXN has held a progression of higher reaction lows since March and firmed this week from the 14 level. That suggests bets on higher volatility on the Nasdaq are outpacing those on the S&P and have been doing so for months already. That suggests the overextended trends in the mega-cap shares dominating the Index are likely to be unwound. 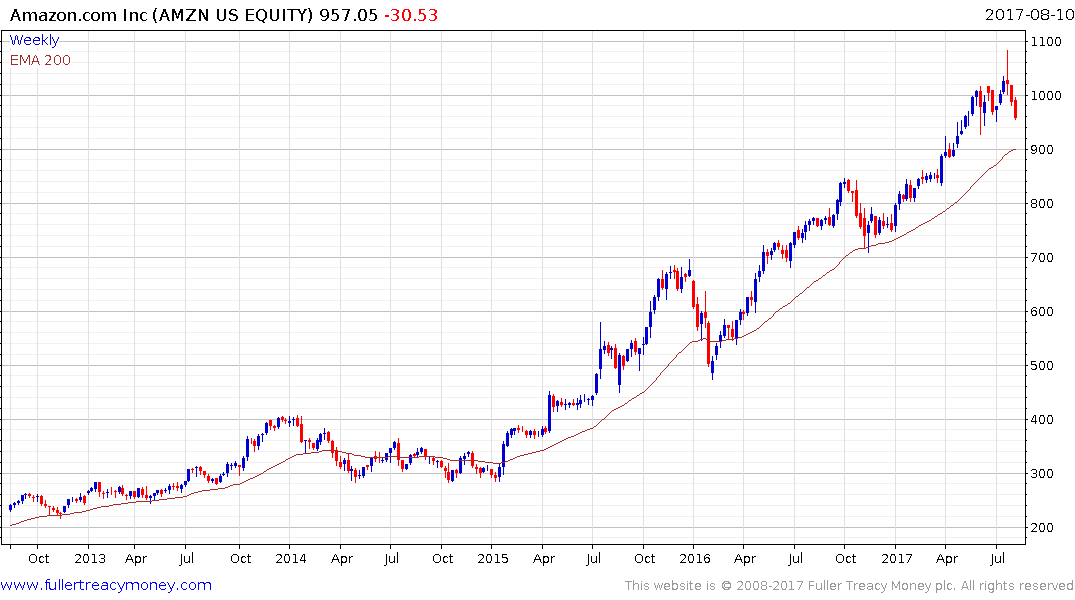 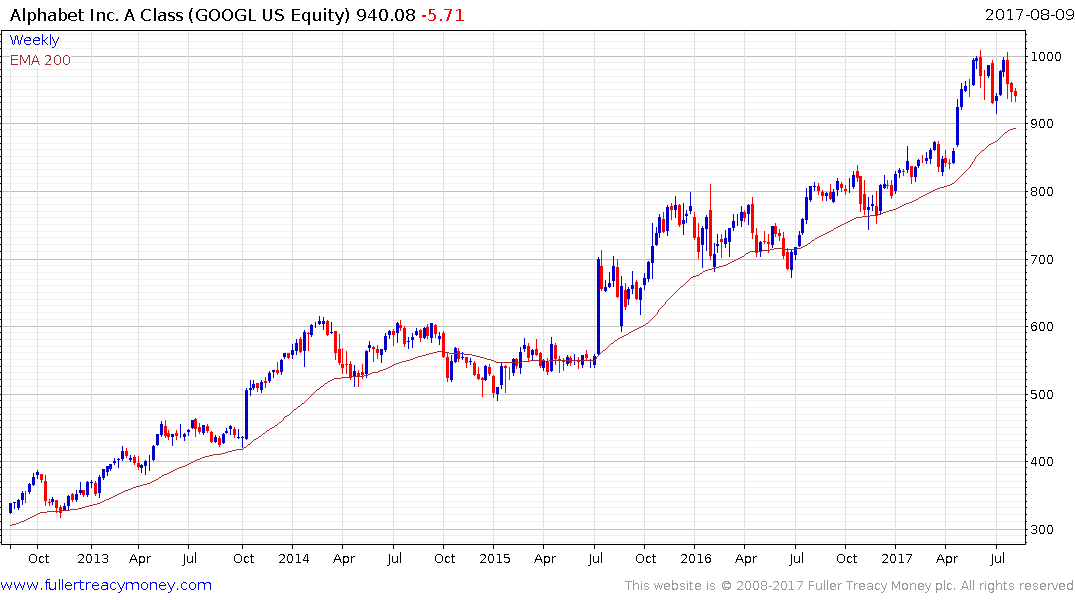 Judging from the performance of Amazon and Alphabet that process is well underway and they will need to demonstrate support in the region of their respective trend means if their medium-term trends are to remain consistent. 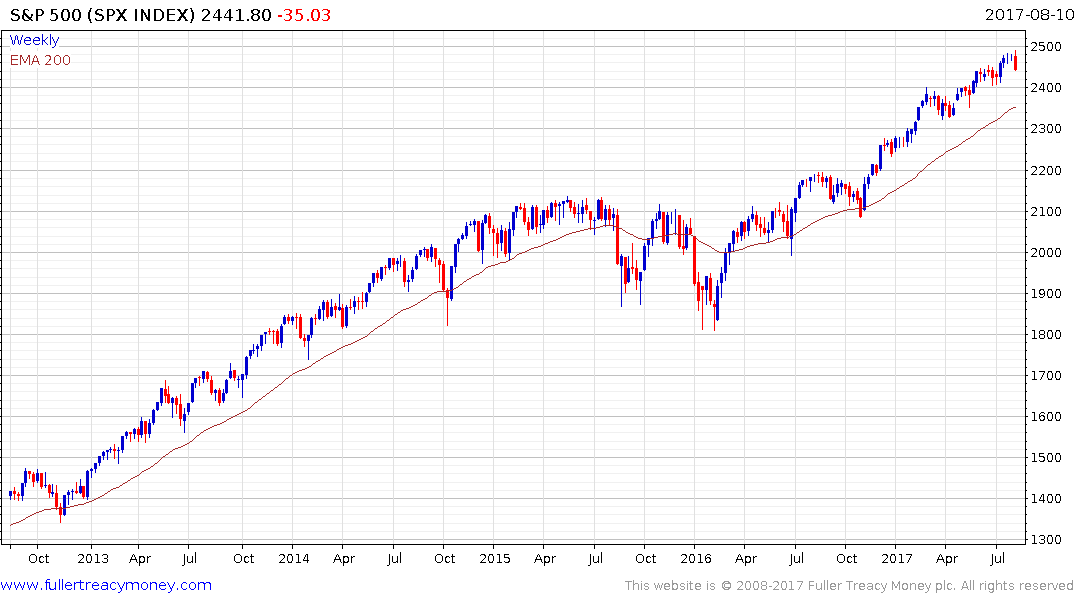 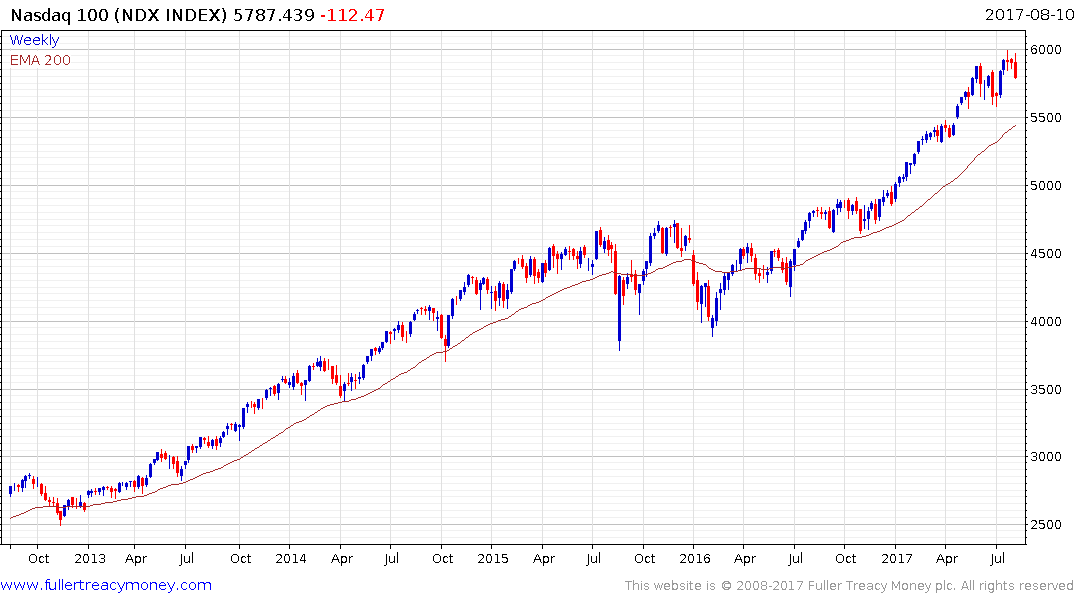 At last week’s peak, the S&P500 and Nasdaq-100 were 5.8% and 10.1% above their respective 200-day MAs. As I pointed out in yesterday’s commentary the major Wall Street indices are trading in the region of big psychological numbers and at least a pause in this area is likely. The extent to which they can find support in the region of their respective trend means will give us additional insight into the consistency of their medium-term uptrends.