New compound triggers immune response to range of RNA viruses, including Ebola and hep C
Comment of the Day

So a team led by scientists from the University of Washington set out to better equip the body's immune system to fight off viral RNA. It has developed a compound that targets a molecule contained in the body's cells called RIG-1. This molecule is a pathogen recognition receptor, which means that it detects the presence of viral RNA and sets off an innate immune response inside the cell.

This includes the expression of antiviral genes, pro-inflammatory cytokines, chemokines and interferons, which work in collaboration to suppress and control the viral infection. By activating this immune response and promoting these weapons against infection, the team was able to "significantly decrease" viral RNA in cells and suppress infectious virus reproduction.

"Our compound has an antiviral effect against all these viruses," says Michael Gale Jr., University of Washington professor of immunology, referring to a range of RNA viruses, including West Nile, dengue, hepatitis C, influenza A, respiratory syncytial, Nipah, Lassa and Ebola.

Low interest rates, abundant credit and tight spreads have definitely had an impact on how successful small companies have been in raising capital to fund expansion and in seeking listings. A jump in high yield borrowing costs is likely to weigh on the ability of such companies to thrive and may offer larger, better capitalised companies, the opportunity to acquire promising technologies at reasonable prices. In any case the pace of technological innovation is unlikely to be affected by interest rates. 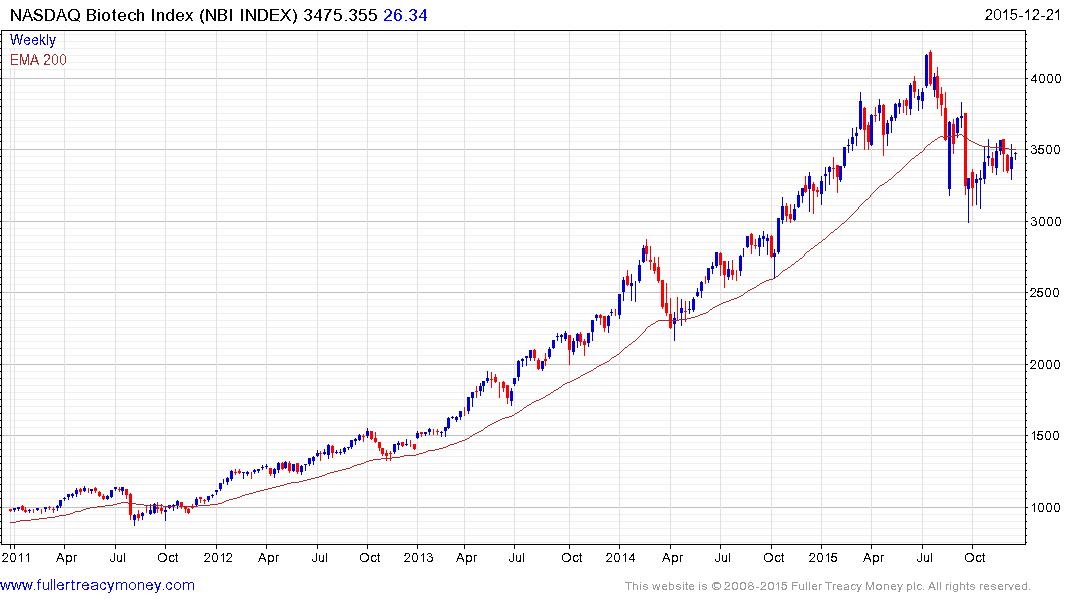 The Nasdaq Biotech Index continues to range below its trend mean and above its September low. A sustained move above 3600 would help to reassert demand dominance beyond what has so far been a reversionary rally.