Like most of the tools that enable modern life science research, the recent genome-editing revolution has its biological roots in the world of bacteria and archaea. Clustered, regularly interspaced, short palindromic repeats (CRISPR) loci are found in the genomes of many bacteria and most archaea, and underlie an adaptive immune system that protects the host cell against invasive nucleic acids such as viral genomes. In recent years, engineered versions of these systems have enabled efficient DNA targeting in living cells from dozens of species (including humans and other eukaryotes), and the exploitation of the resulting endogenous DNA repair pathways has provided a route to fast, easy, and affordable genome editing. In only three years after RNA-guided DNA cleavage was first harnessed, the ability to edit genomes via simple, userdefined RNA sequences has already revolutionized nearly all areas of biological science. CRISPR-based technologies are now poised to similarly revolutionize many facets of clinical medicine, and even promise to advance the long-term goal of directly editing genomic sequences of patients with inherited disease. In this review, we describe the biological and mechanistic basis for these remarkable immune systems, and how their engineered derivatives are revolutionizing basic and clinical research.

Biotechnology represents a truly exiting story and has real potential to greatly enhance quality of life for millions if not billions of people over the coming decades. However related stocks are somewhat overbought at the present time and potential for mean reversion is looking more likely than not. 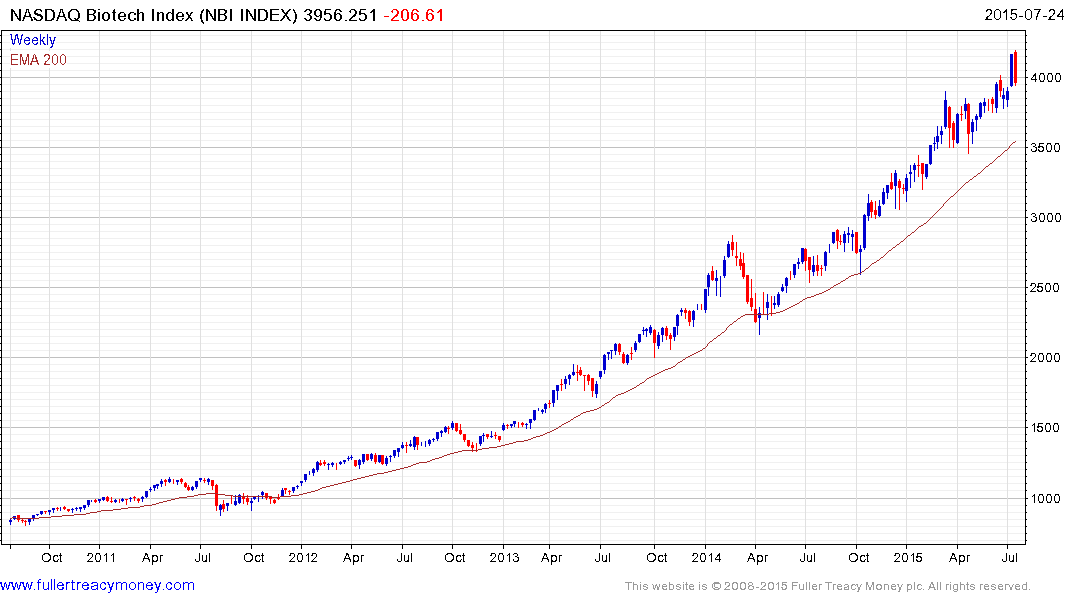