"It's above all a sign that we have access with some regularity," Castelo Branco, 46, said in an interview at the Finance Ministry in Lisbon late on Jan. 10. "Being able to again sell through auctions is a goal, and it means we will be in a more regular program of debt issuance."

Portugal is trying to regain full access to debt markets with the end of its 78 billion-euro ($106 billion) rescue program from the European Union and International Monetary Fund approaching. The country has been relying on banks to sell bonds, including last week's sale of 3.25 billion euros of five-year notes and two other deals in May and January 2013.

European nations frequently hire banks when they offer new securities to boost demand for the debt. After requesting a bailout in April 2011, Portugal stopped selling bonds until January 2013, although it continued holding bill auctions. Debt agency IGCP plans to auction as much as 1.25 billion euros of bills on Jan. 15.

While the fiscal consolidation imposed on a number of the Eurozone's economies has been a particular strain on consumers and domestic growth, the result has been an improvement in the balance sheets of sovereigns which has resulted in contracting spreads over Bunds. As countries exit their respective bailouts, spending will be held in check by limits on how large a deficit they can run. However, the requirement for significant tax hikes, spending cuts and reductions in services will at least moderate which should help restore confidence among consumers that the worst is over.

Before 2009 Greek, Portuguese and other peripheral sovereigns yielded almost the same as German Bunds. As the contradiction of this situation was highlighted a re-pricing took place with spreads surging. The ECB's intervention and an agreement to fiscal consolidation by the respective governments in 2011 and 2012 marked the peak in spreads and they have been trending lower since. 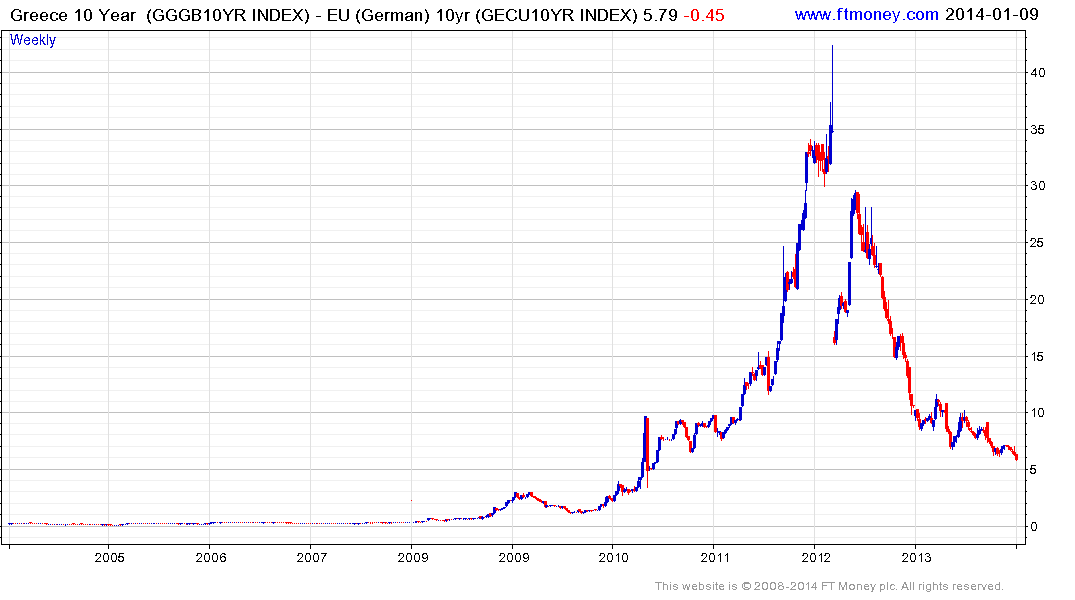 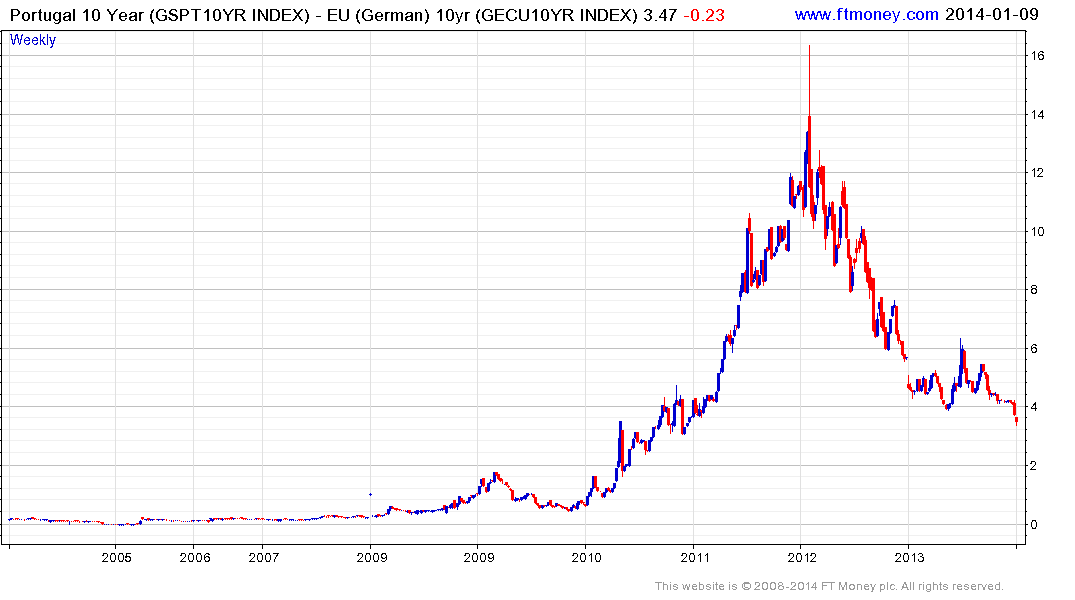 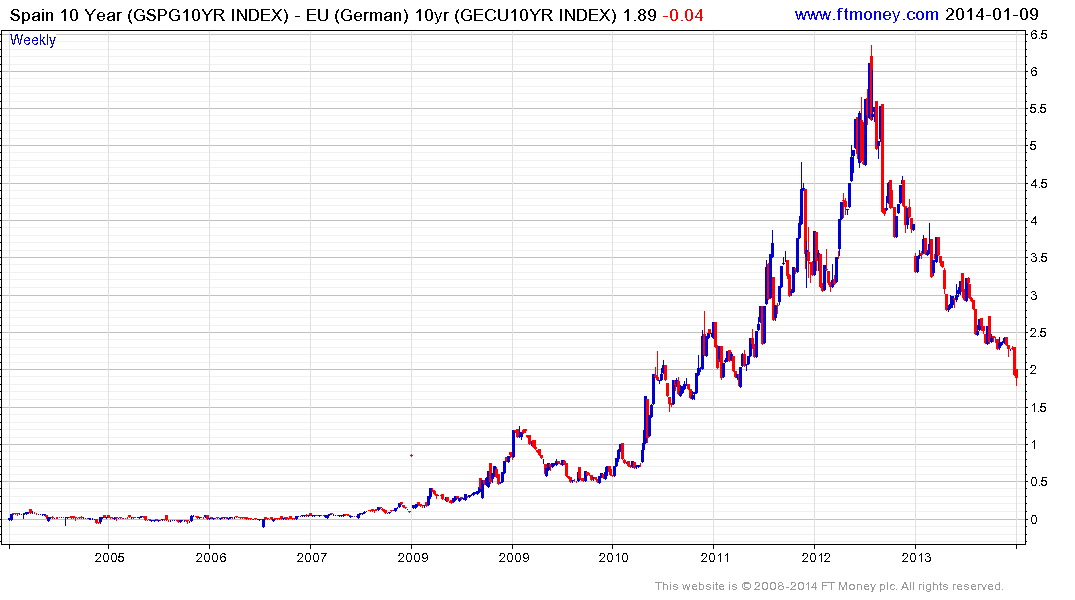 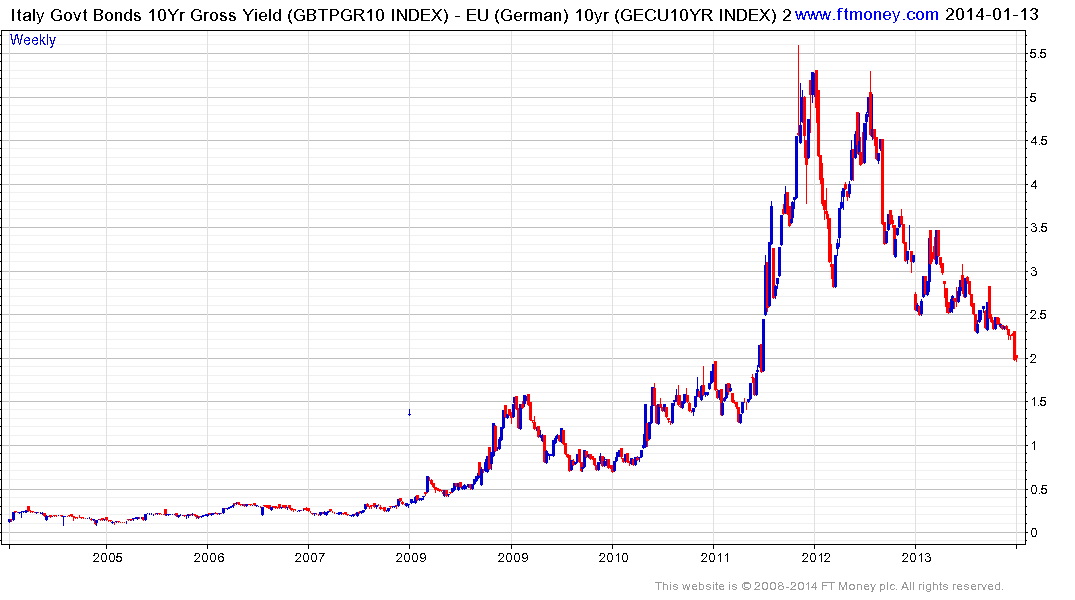 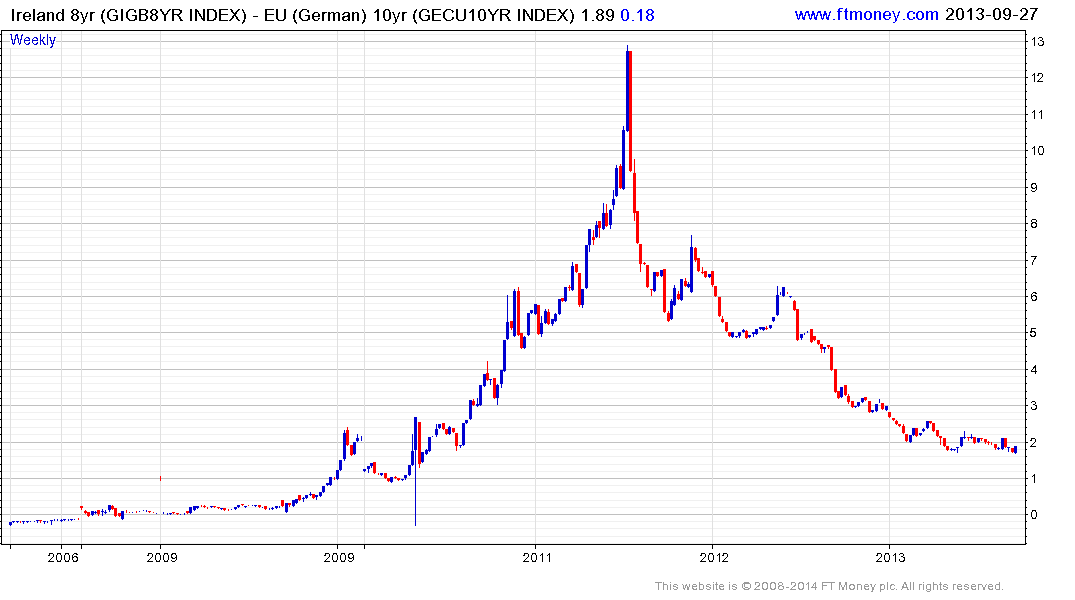 Progressions of lower rally highs are the defining characteristic of all these downtrends but with Portugal due to exit its program, the potential for the market to close its undervaluation relative to Spain, Italy and Ireland appears to be improving.