''If the Port operations are suspended, Australia's iron ore exports are significantly impacted. We estimate this will cost suppliers who ship out of Port Hedland around $100 million a day,'' a spokesman for the company said..

''Significant royalty and tax revenue will be lost to the West Australian and federal governments. Mining companies like BHP Billiton are not able to make up lost volume of this nature, and governments cannot recover these lost royalties and taxes.''

The major benefactor of a strike could be Rio Tinto, which exports through its own Pilbara port - Cape Lambert - just south of Port Hedland.

The major loser could be Fortescue Metals Group, which needs to run at "sprint capacity" for the entire June quarter to meet its full year iron ore export guidance

It is unlikely that Australia will experience a damaging disruption of iron-ore exports because of a strike by deckhands on tug boats, but it is an outside possibility. Broadly speaking the threat of labour unrest has increased across the commodity spectrum as workers have been forced to tighten their belts amid cost cutting by their employers. The geopolitical risk premium has also increased with Russia’s actions in Ukraine and investors have begun to look further afield for investments that could potentially benefit from supply disruptions.

At The Chart Seminar the most common request I get is to help identify a sector that shows signs of base formation completion. The most obvious answer to that question right now is the resources sector. Has the base been completed? In the majority of cases not yet, but an increasing number are showing signs of returns to demand dominance beyond the short-term.

Please see David’s comments on BHP Billiton and Rio Tinto above. VALE has lost downward momentum and has been ranging above $12 for almost a year. 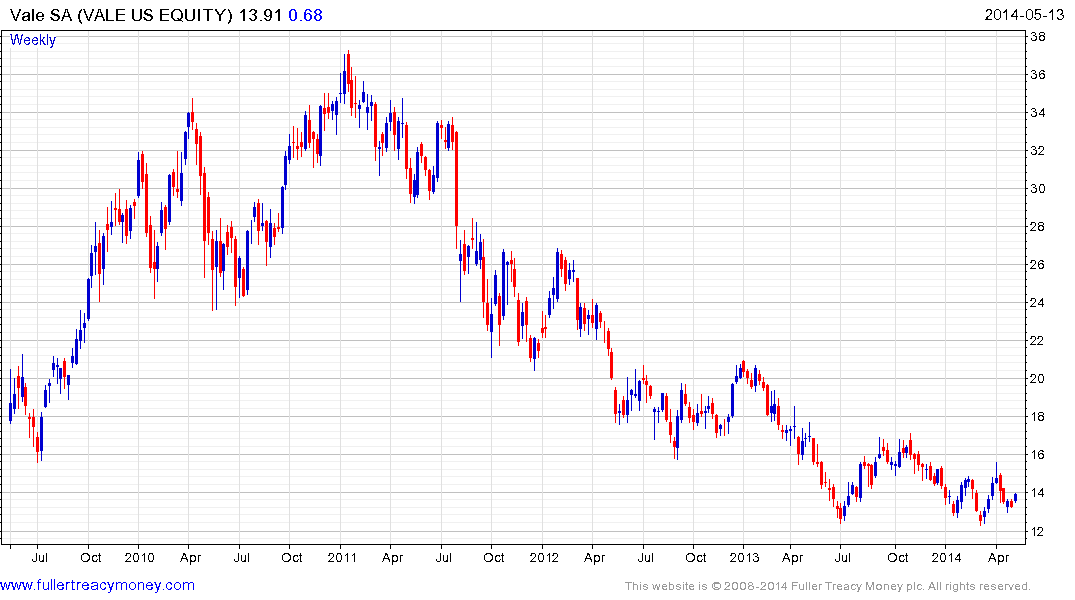 US listed Alcoa has been trending steadily higher since October, when it completed a two-year base and exemplifies the type of breakout that is possible following base formation completion. Southern Copper is firming at the lower if a more than four-year range. 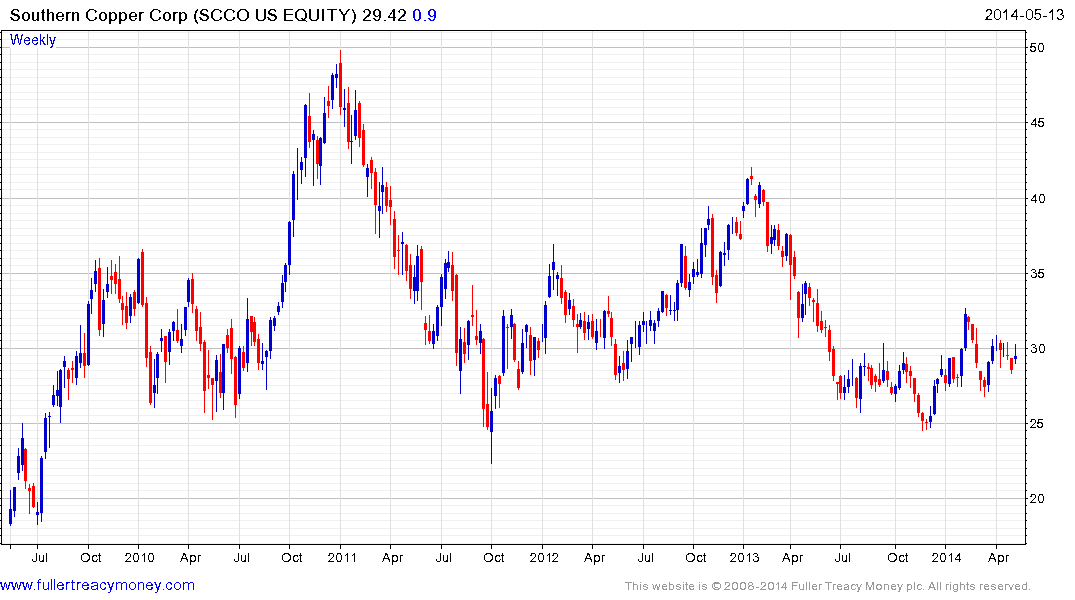 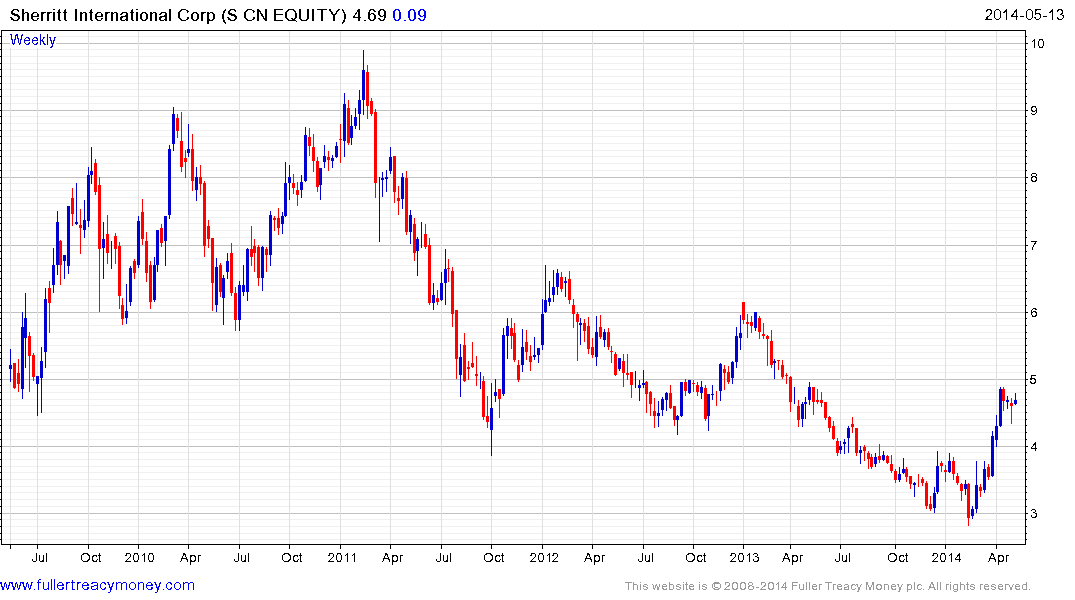 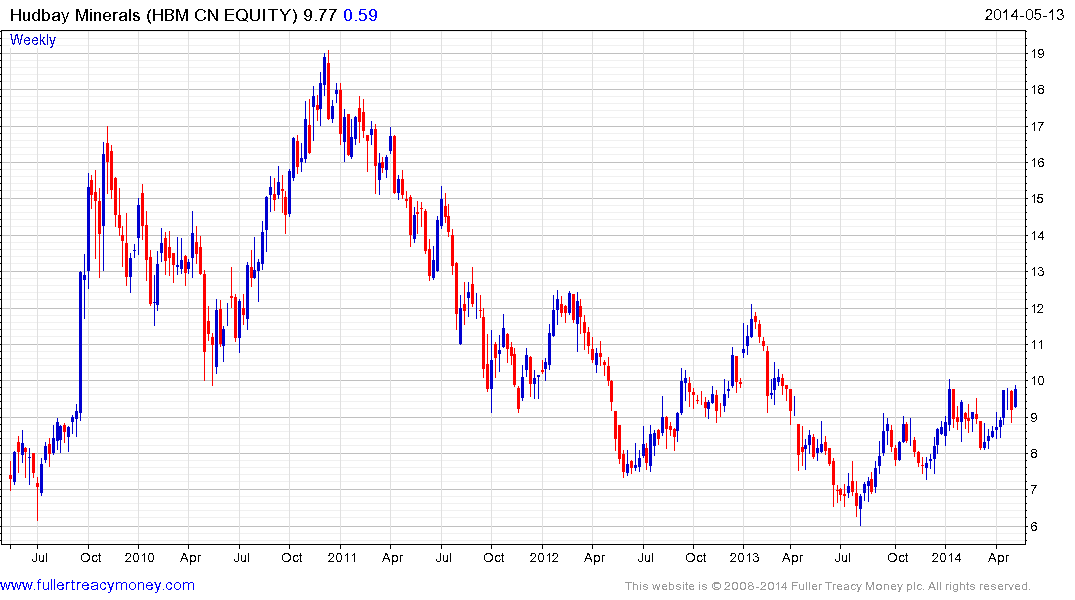 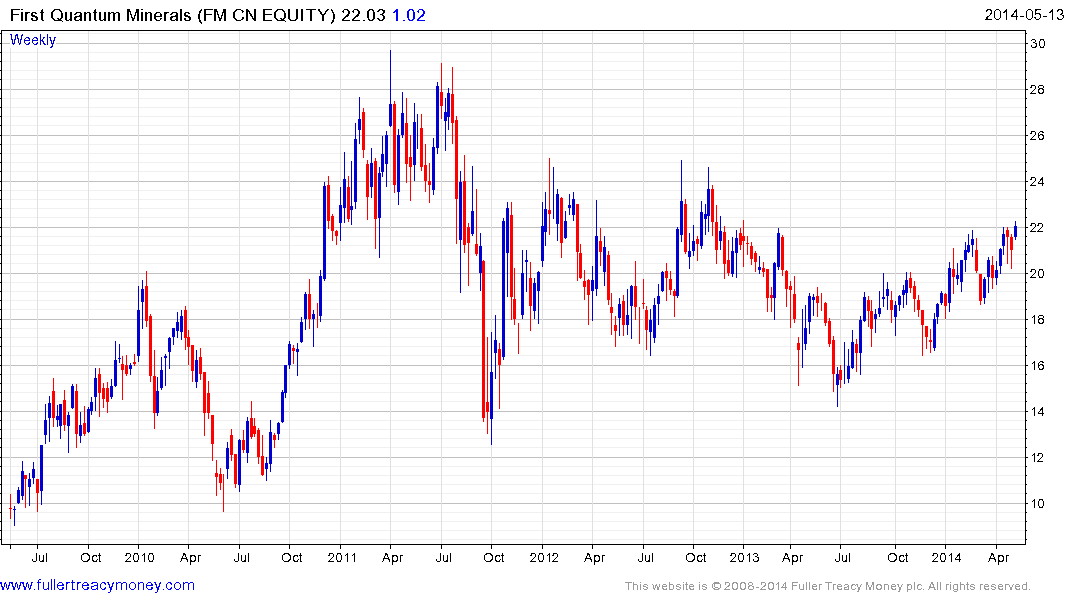