Plenty to Worry About, but Not Much to Do
Comment of the Day

Plenty to Worry About, but Not Much to Do by Eoin Treacy

The attendees clearly thought that Donald Trump wanted to achieve several goals over the next year: (a) a trade deal of some sort with China; (b) avoiding military conflict with North Korea or Iran, but making some progress on pulling back the nuclear programs of both; and (c) keeping the economy growing at 2% at least. While a major agreement was unlikely to be made with North Korea or Iran, few believed either country’s economy was strong enough to support a military conflict. While they were both in Russia’s sphere, Putin was not likely to provide the backing they would need in a confrontation with the United States.

At the beginning of the year we thought the S&P 500 would appreciate by 15% in 2019, taking it to 2850. That is about where we are now and sentiment is becoming very pessimistic, as it usually does at market lows. If the world avoids a widespread recession, there is positive momentum on trade talks with China, and the Hong Kong protests quiet down, we may be in a bottoming area for the markets. The inverted yield curve is, however, arguing that this view is too optimistic.

Looking across the conversations at all four lunches, there was a sense that the problems being discussed would mostly work out for the best. The China trade issue would result in an agreement but the long-term intellectual property issues would remain. Growth around the world would be slow over the next decade. This is also what the low level of interest rates is signaling. Debt around the world is a long-term problem but not an immediate one. In a nuclear world nobody really wants to go to war with anyone. India was the only country that some investors wanted to buy. There is nobody running for President of the United States that anyone is really enthusiastic about and none of the candidates has a program for economic growth. Somehow we would all be sitting at these lunches a year from now with a little more net worth, but similarly confused about what the future might hold for our grandchildren.

One of the most important considerations is that there is a great deal of cash sitting on the side lines. If I think about the investment committees I sit on, most have a lot of cash, and most participants on calls are very cautious. On the other hand, the funds I have more control over are still fully invested. The fear being voiced is a symptom of the fact the stock market has been ranging for more than 18 months amid some acute bouts of volatility.

Costco’s first Chinese store was mobbed on its opening day today, suggesting there is ample demand for products where consumers have faith in both the quality and provenance of goods. It’s important, I believe, to look at evidence on the ground rather than focus on political rhetoric about the trade war.

Meanwhile the number of central banks cutting rates continues to increase, fiscal stimulus is all the rage and there is clear potential for these trends to accelerate. There is potential we are at the trough in global growth but until we see evidence of commodities bottoming that remains a supposition. 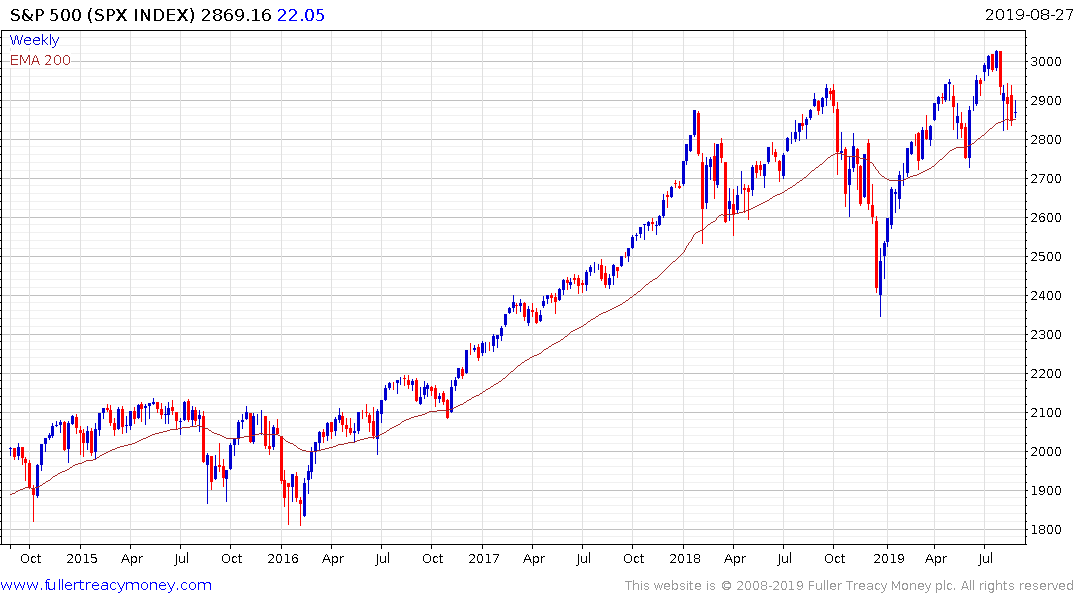 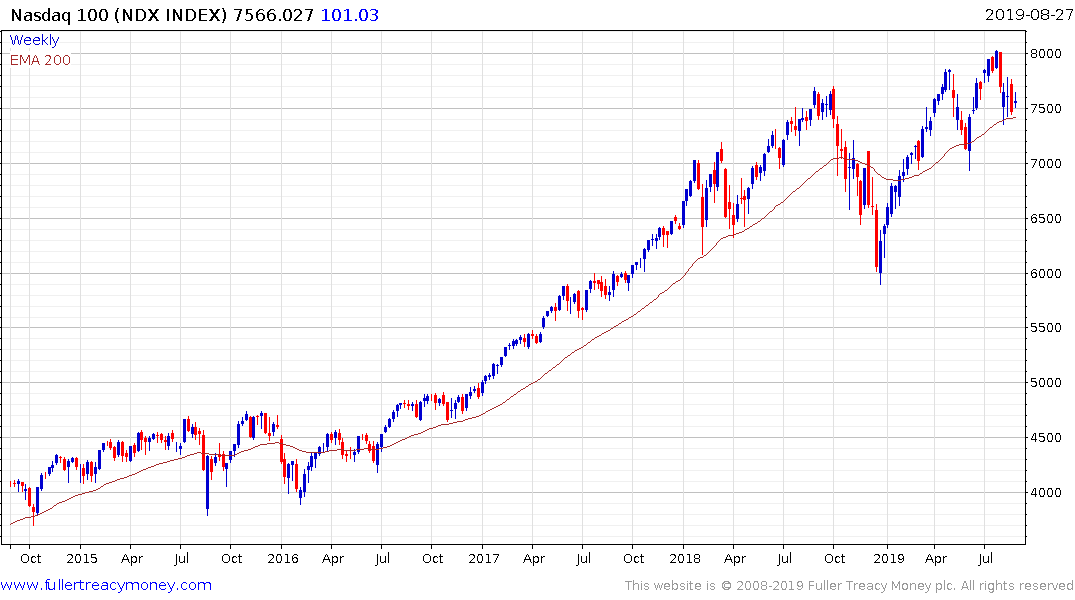 The most important thing to monitor is the performance of the stock market. The S&P500 and Nasdaq-100 remains above their respective trend means. The clearest sign of a move to supply dominance would be these indices encountering resistance in the region of the trend mean and, subsequently, sustaining moves below their respective Boxing Day lows.