Play Your Game by Eoin Treacy

Today, we see the global capital markets through a different lens — one that is certainly less rose colored than the ones we were wearing last year. Indeed, unlike last January, we now think that the U.S. stock market has already priced in a robust economic recovery in the first half of 2020. By comparison, our predictive earnings model (Exhibit 4) suggests only a modest recovery occurring by the second half of this year. We also think that there may not be enough political risk priced into the U.S. market at current valuations, and believe the private growth markets still need to unwind further.

However, unlike the slowdowns of 2008, 2012, and 2016, credit conditions did not unravel during the recent economic turbulence that occurred in the second half of 2019 (when we essentially had a global manufacturing recession). In fact, during this period global central banks not only supplied ample liquidity to the market again but also expanded their balance sheets. These initiatives have, in turn, helped to suppress bond yields and support credit, leaving financial conditions today as favorable as they have been since the beginning of the prior decade, according to the investment bank Goldman Sachs. Renewed financial easing is an important input in our thinking because it ought to be a net positive both for economic growth and risk asset performance in the near-term.

So, what are investors to do? Despite mounting headwinds, our call is certainly not to head to the sidelines and wait for a major pullback. As we show in Exhibits 7 and 8, we forecast global liquidity to continue to improve consistently in 2020 at a time when our research shows that many individual investors and endowments are not yet at their target risk levels. Central bank balance sheets too should increase again (Exhibits 9 and 10). Moreover, while the cycle is running long in duration, the risk premium relative to the risk-free rate on quite a few asset classes, including Equities, is still attractive in many areas of the global markets. One can see this in Exhibit 75, which shows that the current earnings yield on U.S. stocks is just only now back to the historical average relative to the current yield on the 10-year U.S. Treasury.

The people where I am from in Ireland are often accused of answering a question with a question. I was reminded of that this morning because there is a persistent question asked by value investors which is “How can anyone justify paying close to record high cyclically adjusted P/Es for the stock market today?” The corollary is “Why is value underperforming so dismally?” the answering question is “How do you go about developing an algorithm that has any hope of performing in line with the market?

When it comes to developing an investment or trading model that tells us when to favour one asset class over another, cyclically adjusted P/Es are useless. Not only are they a lagging indicator by definition but they say nothing about relative valuation. Outperformance on the other hand is all about relative performance. When is the best time to own equities versus bonds? It is generally when the expected return on equities is better than bonds. The easy way to program that is to take the disparity in the yield between the two asset classes and when stocks yield more than bonds it gives a buy signal.

Then one needs to have an opinion on how much to buy. The only possible way to answer that question is by assessing relative volatility. It doesn’t matter what strategy you have to tell you what to buy, the decision on how much to buy can only be answered by calculating the volatility of the instrument and its relativity compared to the portfolio.

The next question is how do you fund these trades now that you have a model? That’s where liquidity comes in. Therefore, paying attention to the willingness of governments to run deficits, central banks to create liquidity and the ability of banks and shadow banks to boost credit all factor into the quantity of money on hand to fund speculation.

The growth of quantitative and algorithmic trading means some variation on the above logic is being deployed in the majority of investment houses. The Fed’s announcement last night that they are tapering the quantity of money they are supplying to the repo market again this month and next suggests an attempt to bring some normalcy back to the asset class. It remains to be seen how well that decision is going to be greeted by traders. 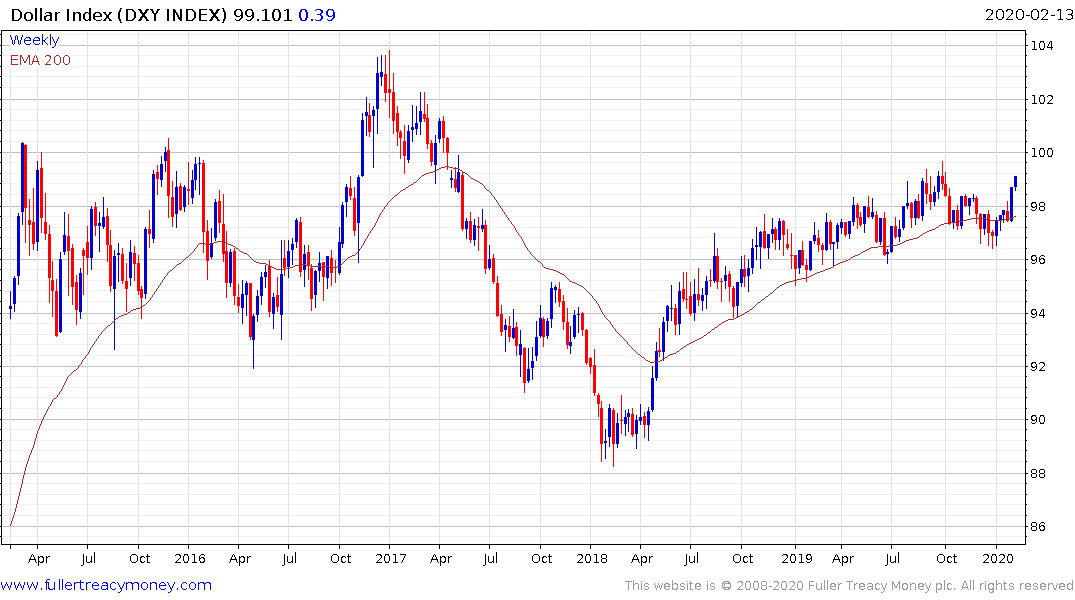 The strength of the Dollar is another important inhibiting component in the growth of global liquidity but it represents a tailwind for US asset prices.