Platinum industry expects supply deficit in 2018
Comment of the Day

In its latest Platinum Quarterly report, the World Platinum Investment Council predicts a deficit of 275 koz of the precious metal for 2018 caused by an increase in jewellery and industrial demand.

Overall supply is probably going to drop by 1% next year “due in part to a 2% reduction in South African mine supply compounded by closures in the second half of 2017,” the report states.

When it comes to next year’s overall demand, the WPIC says it is going to grow by 2% when compared to 2017. In particular, platinum jewellery demand will rise by 3%, which would represent its first spike since 2014. Behind this recovery is the double-digit growth in the rapidly expanding Indian market.

Platinum is trading at a significant discount to both gold and palladium which is a rather odd circumstance for a metal which is the used in all of the most expensive jewelry. However, the revolt against diesel engines, prompted by the Volkswagen cheating scandal, has cast a pall over the sector which has confined prices to a reasonably tight range over the last year. 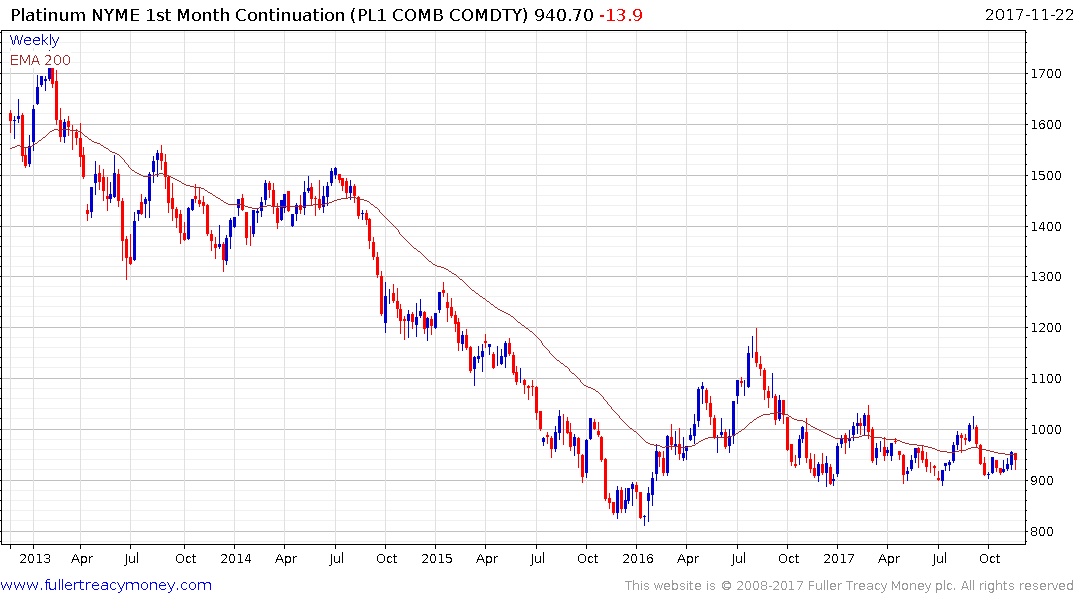 Platinum is currently bouncing from the lower side at present but will need to sustain a move above $1000 to confirm a return to demand dominance beyond short-term steadying. 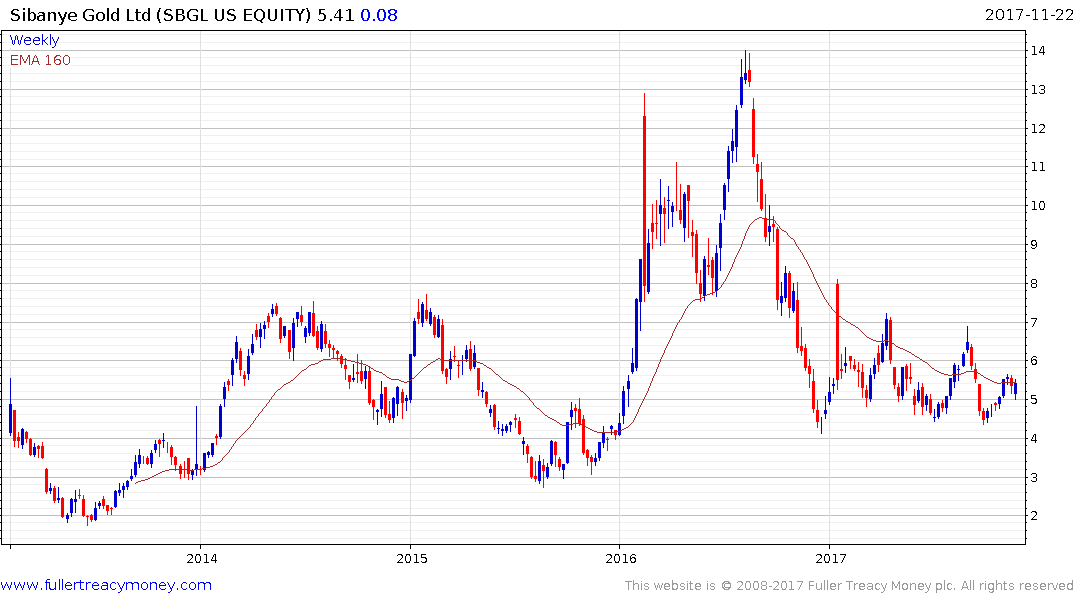 Following its merger Sibanye-Stillwater has become one of the largest producers of platinum group metals and it has a similar pattern to the platinum price.