Platinum markets are poised for a record deficit this year as disruptions to key producers and an increase in investor appetite far outstripped the pandemic’s effect on industrial demand.

Pandemic-related mine closures and outages at Anglo American Plc’s converter plant in South Africa have cut supply, according to a report by the World Platinum Investment Council. The group projects a deficit of 1.2 million ounces for 2020, the largest since records began, and almost four times higher than it forecast two months ago.

Despite the record shortfall, platinum has declined about 3% this year, making it one of the worst-performing major metals. Demand from auto-catalysts, the biggest consumers of platinum, is forecast to drop 16%. By contrast, gold has surged 24%, while sister metal palladium has advanced more than 19%.

Platinum is an industrial metal which saw demand decline sharply following the diesel scandal. Recent news that electric vehicle sales now outpace those of diesel cars in Europe is a testament to how low demand has fallen. That has resulted in the price being among the worst performers in both the industrial and precious metals sectors over the last few years.

The fact the market is in deficit at present and that the shortfall is likely to increase next year confirms the mining sector has cut capacity to the bone in order to survive. If the global economy recovers next year there is potential for a supply inelasticity meets rising demand theme in platinum. 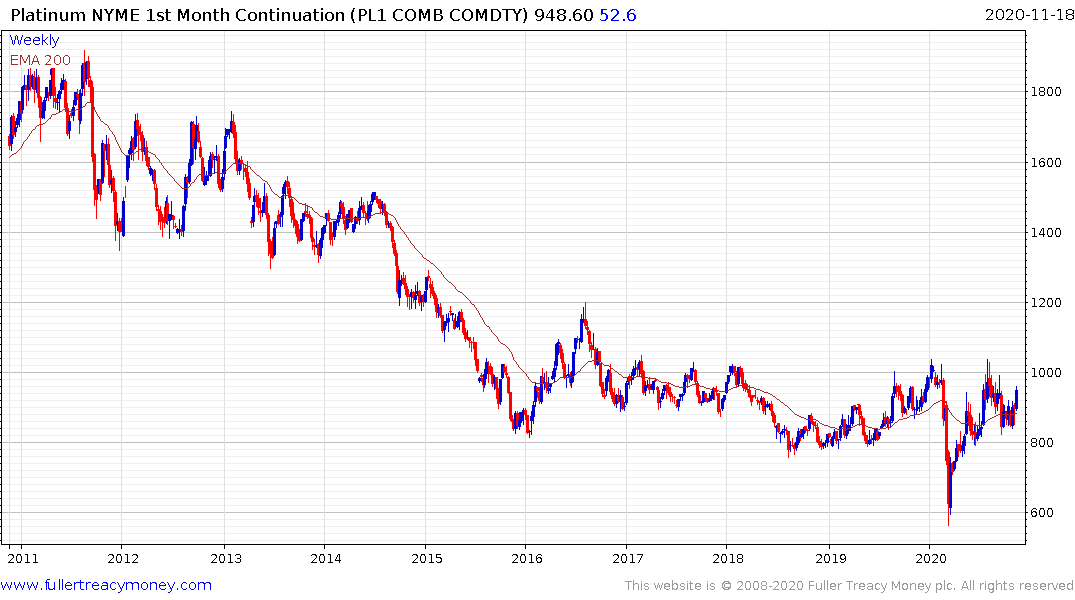 The price has been ranging mostly below $1000 since late 2015. It is now rebounding towards that level again but will need to sustain a move above it to confirm a return to demand dominance.