There are other forces driving consolidation. An improving job market and the drop in oil prices are helping to stoke demand for consumer-related packaged products, said Panjabi of Baird. International Paper Wednesday reported fourth quarter sales that beat analysts’ estimates.
At the same time, materials costs are coming down, Panjabi said.

“The idea of increasing your exposure to that paradigm makes more sense,” he said. Companies are going to want to “capitalize on that dynamic” and merging with a peer will help reduce costs even further.

As energy costs fall and consumers have more cash, the demand for and cost of manufacturing packaging should improve. The sector has been a solid outperformer over the last few years as consumer demand globally improved in line with the growth of the middle class but the fall in oil prices is an additional bullish catalyst. 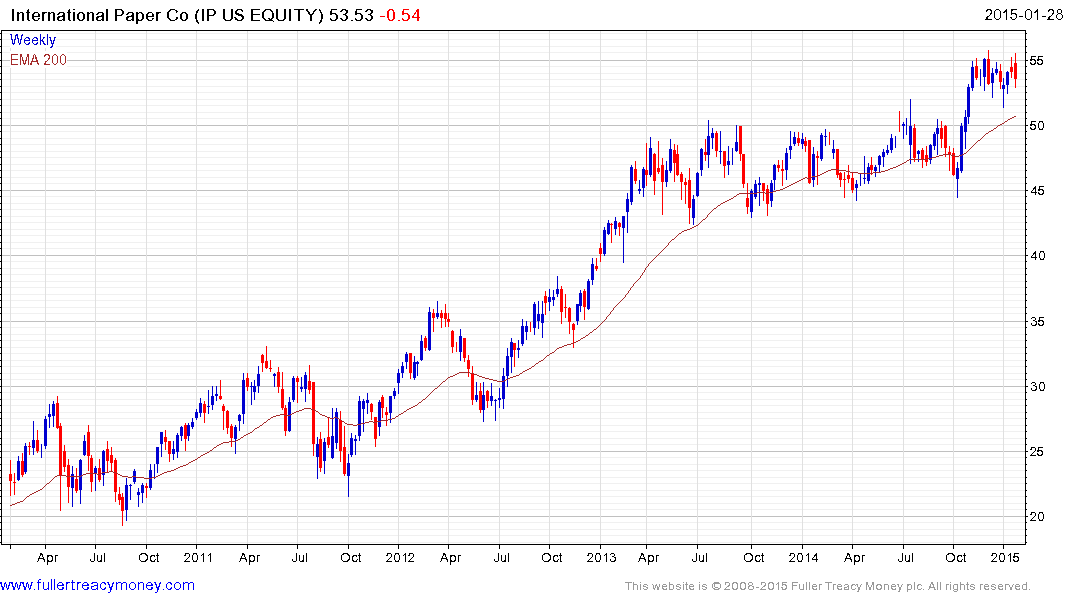 International Paper (Est P/E 13.44, DY 2.99%) is still primarily focused on the US market (75% of revenue in 2013) so potential to diversify abroad considering its dominant domestic position may be attractive to the company’s management. The share broke up out of an 18-month range in November and has been consolidating above $50 since. A sustained move below that level would be required to question medium-term upside potential.

I recreated the Paper and Packaging section from my Favourites in the Eoin’s Favourites section of the Chart Library.  On clicking through the constituents a high degree of commonality is evident with UK and South African listed Mondi, Australian listed Brambles and Amcor, US listed Silgan Holdings, Irish listed Smurfit Kappa and Spanish listed Viscofan all breaking up out of ranges in last couple of weeks. 3M and Illinois Tool Works continue to outperform. 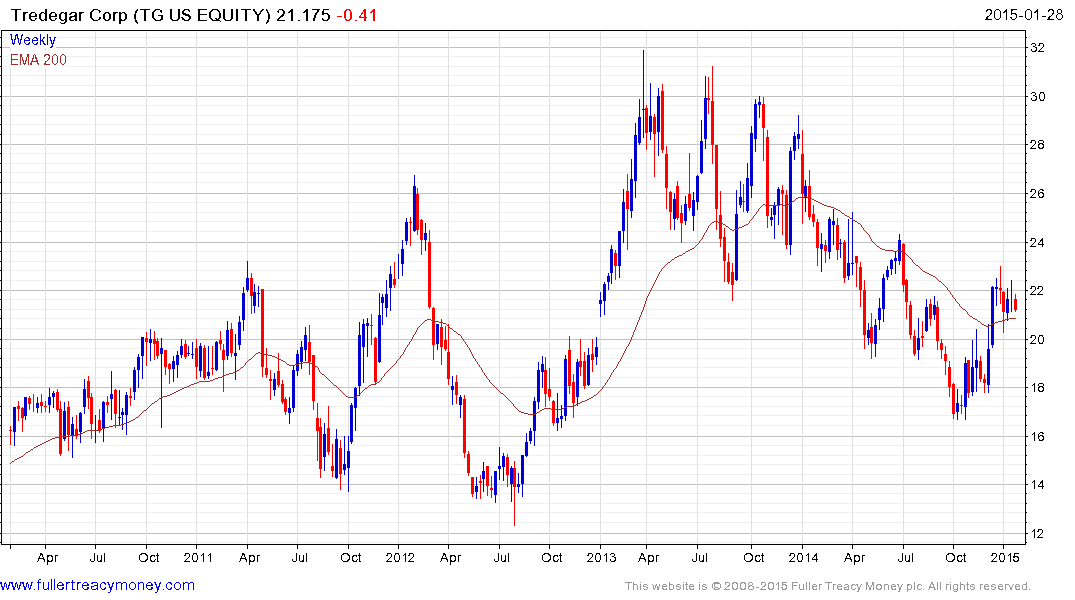 Two additional shares caught my attention. The first is US listed Tredegar, a Russell 2000 stock which rallied late last year to break an 18-month progression of lower rally highs.  It has been consolidating in the region of the 200-day MA and a sustained move below $20 would be required to question medium-term recovery potential. 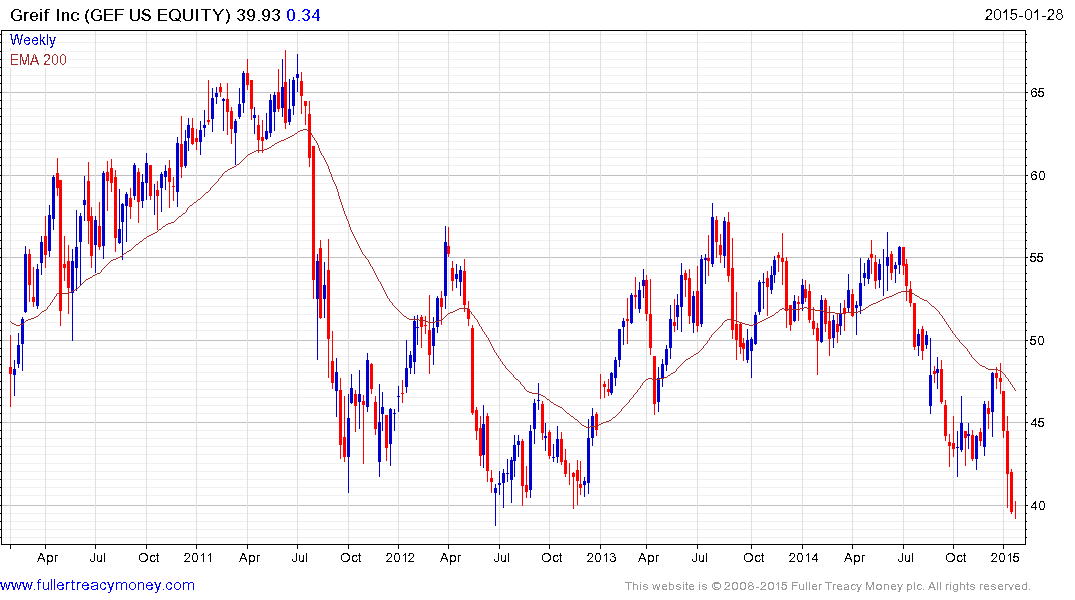 The second is Greif Inc. The share (Est P/E 17.25, DY 4.2%) has returned to test the lower side of a three-year range and at least some steadying, to allow the short-term oversold condition to unwind, is likely in this area.