Photos: Hong Kong police and students are fighting a war in one of the city's top universities
Comment of the Day

Photos: Hong Kong police and students are fighting a war in one of the city's top universities by Eoin Treacy

Continuing on from the hours-long siege yesterday (Nov. 11), when police fired tear gas at the school and made arrests on campus, protesters took their positions again this morning as they faced off with police stationed on a bridge just outside the school grounds. Shortly after 3pm local time, riot police charged onto the hilly tree-lined campus, deploying round after round of tear gas continuously for at least a quarter of an hour.

Just after sunset, police finally appeared to retreat as university vice-chancellor Rocky Tuan addressed a crowd after speaking with students and police separately. But tear gas was again fired soon after, breaking the momentary cease fire. Another attempt by pro-vice-chancellor Dennis Ng to broker a deal, with the school official speaking on the phone to the police commander as a student relayed the message in real time over a microphone to the crowd, similarly faltered. Clashes stretched late into the night, as students and police battled it out on a bridge that connects to campus from across a harbor.

There is no sign the protests in Hong Kong are moderating. In fact, the trend is towards further intensification which is obviously a challenge to Beijing’s policy to date of waiting it out. When schools are closed there are tens of thousands of students with nothing to do so many find themselves on the street. In such an emotional volatile situation there is ample scope for further escalation. 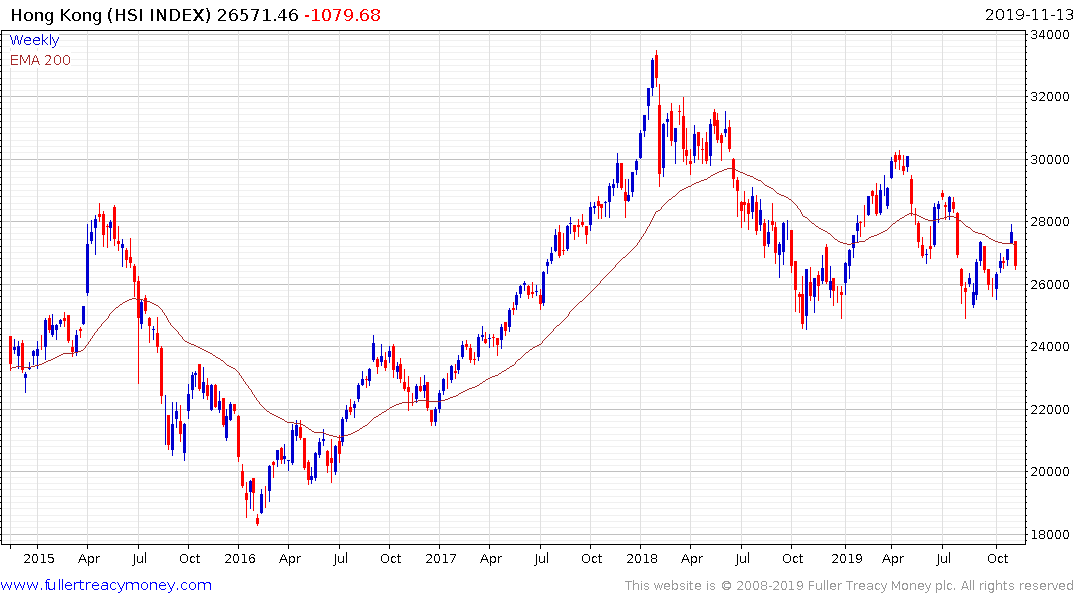 China already has a beefed-up garrison in the city and the promulgation of fake news, plain clothes police and militia is already in place. The primary signal for a more hard-line approach would be to cut off the internet, expel overseas journalists and greater use of more violent crowd control methods.
The Hang Seng Index has pulled back from the region of the trend mean and needs to continue to hold the 25000 level if support building is to be given the benefit of the doubt. 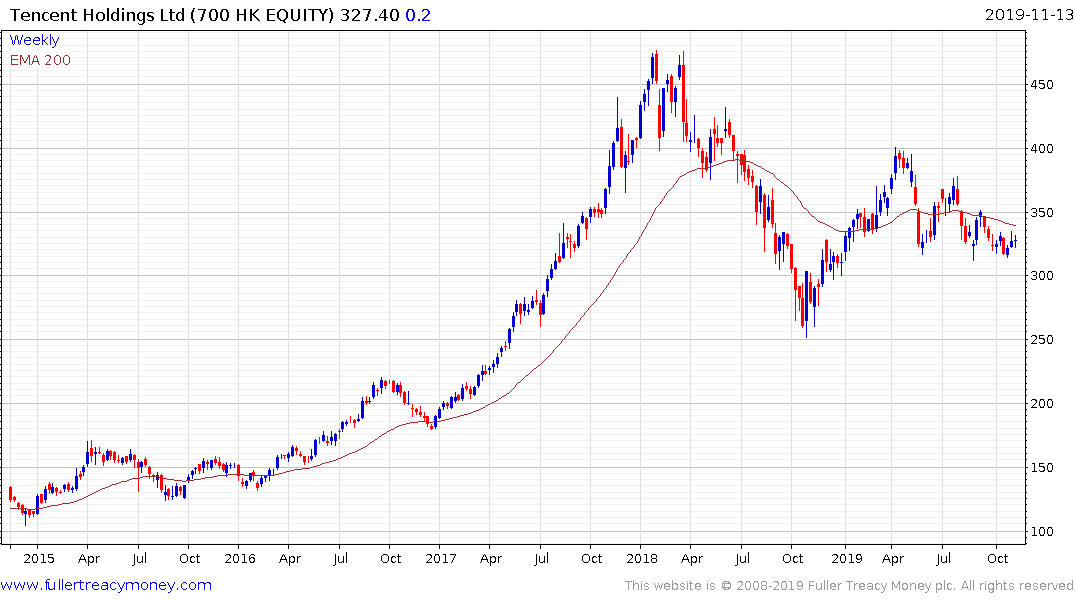 Tencent reported disappointing earnings today on greater competition for advertising business. The share is the largest constituent of the MSCI Emerging Markets Index so its continued ability to hold the low near HK$310 will likely have a wider impact than just the Hong Kong market. 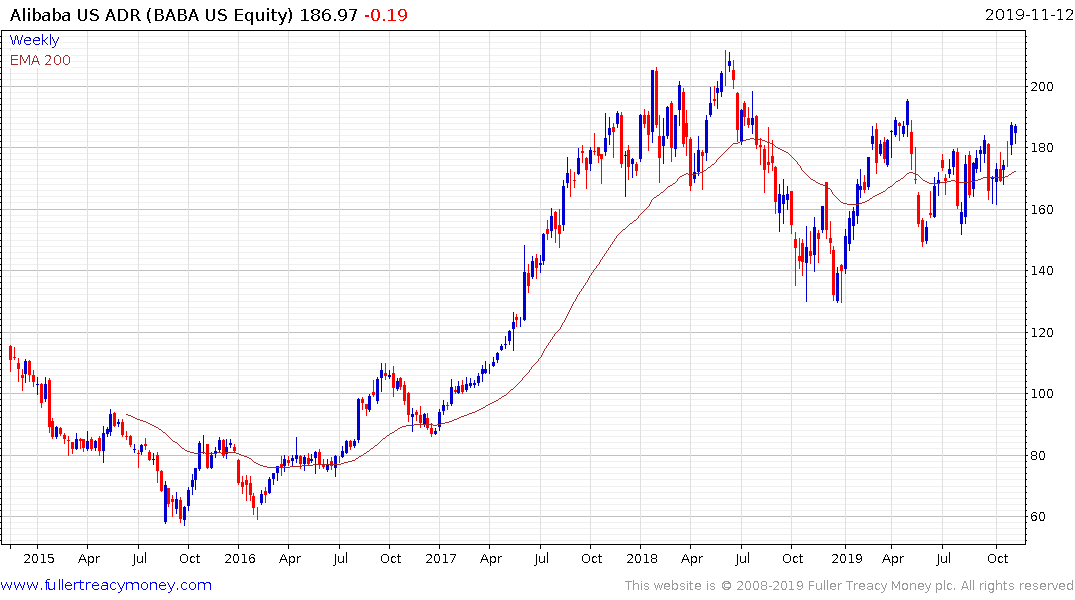 Alibaba is taking orders for an $11 billion capital raise through a Hong Kong listing. The share has held a progression of higher reaction lows this year but has so far failed to exceed the May peak. It needs to hold the $160 area if higher to lateral ranging is to be given the benefit of the doubt.