The Philippine peso posted its biggest intra-day decline since 2013 as investors turned cautious ahead
of a two-week strict lockdown in the Manila capital region starting Friday.

The peso slid as much as 1.2% to 50.37 against the dollar to become Asia’s worst performing currency on Thursday. Local stocks also declined after rising for three straight days. The peso’s drop comes after Bangko Sentral ng Pilipinas said on Wednesday that a reserve requirement ratio cut could be on the
table. The central bank is set announce its policy decision on Aug. 12.

The peso may have weakened on “some positioning ahead of the imposition of the tighter restrictions starting tomorrow,” said Nicholas Mapa, an economist in Manila at ING Groep NV. There’s also “some chatter now also about the RRR reduction from BSP as the central bank appears to have run out of policy rate cuts for now.”

It’s well understood that there is no one fundamental metric that dictates how currencies trade. From one year to the next traders will focus on interest rate differentials or forward rates, money supply growth, or economic development. Over the last 12 months, the primary focus has been on how well any individual country is faring against the pandemic. At present ASEAN is taking the epicentre of rising numbers of cases so that is weighing on regional currencies. 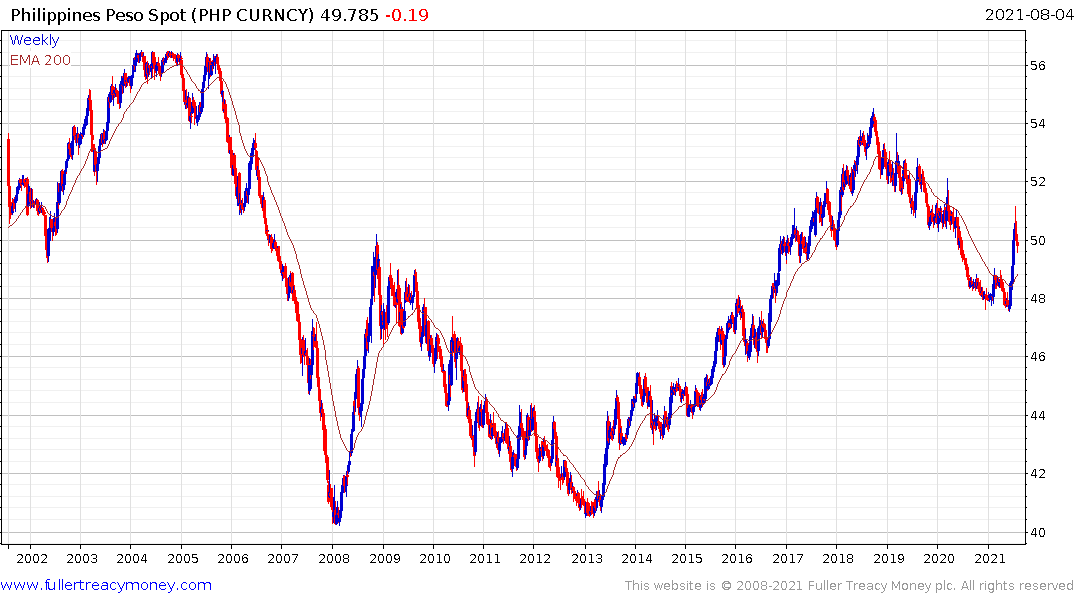 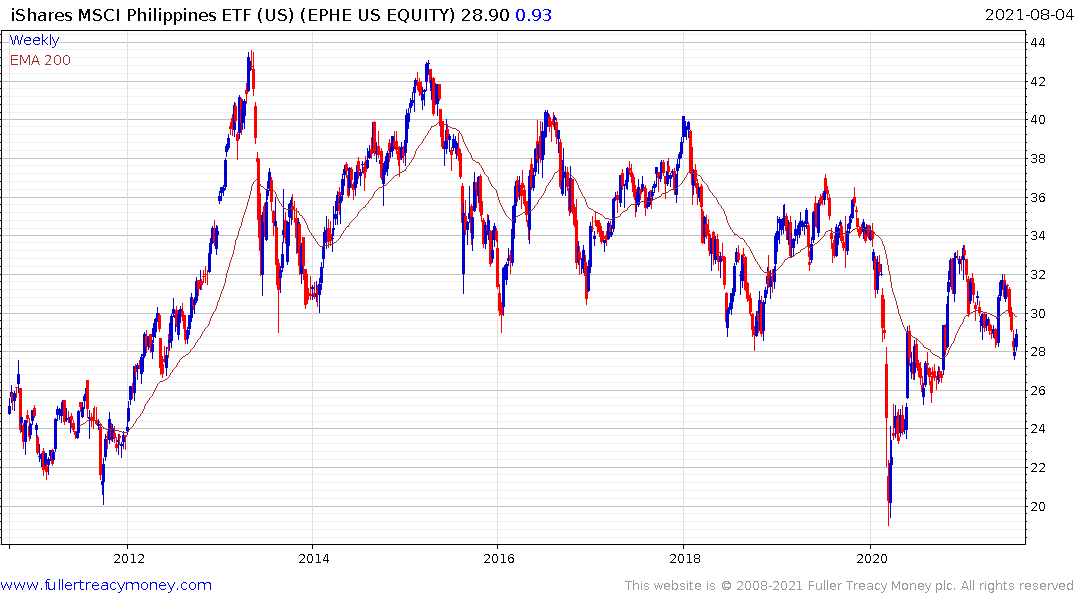 The Philippine Peso has broken a two-year pattern of out performance. That’s weighing on the US Dollar denominated ETF. 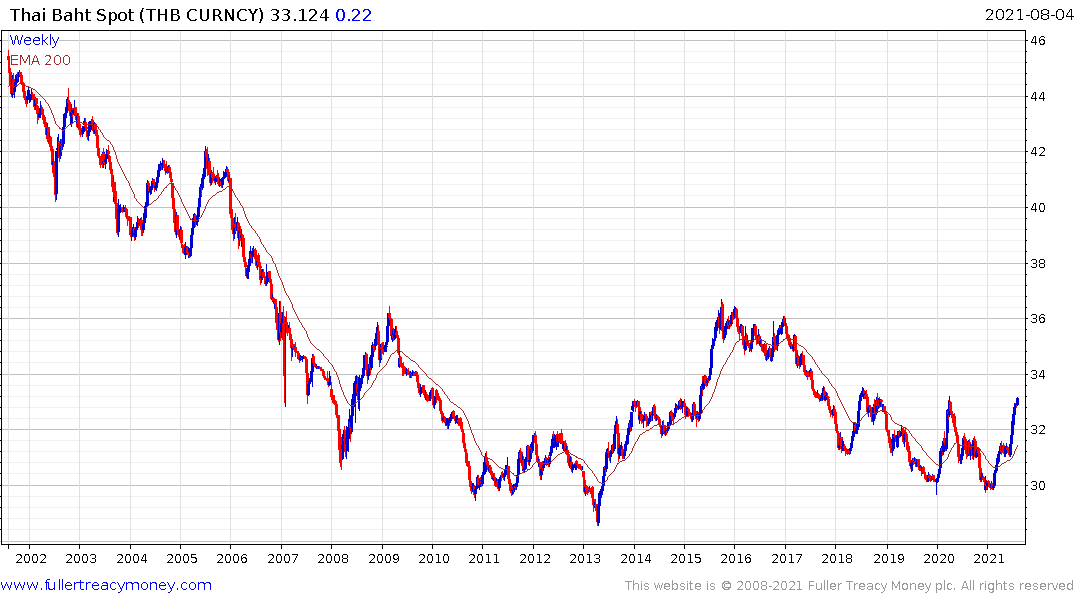 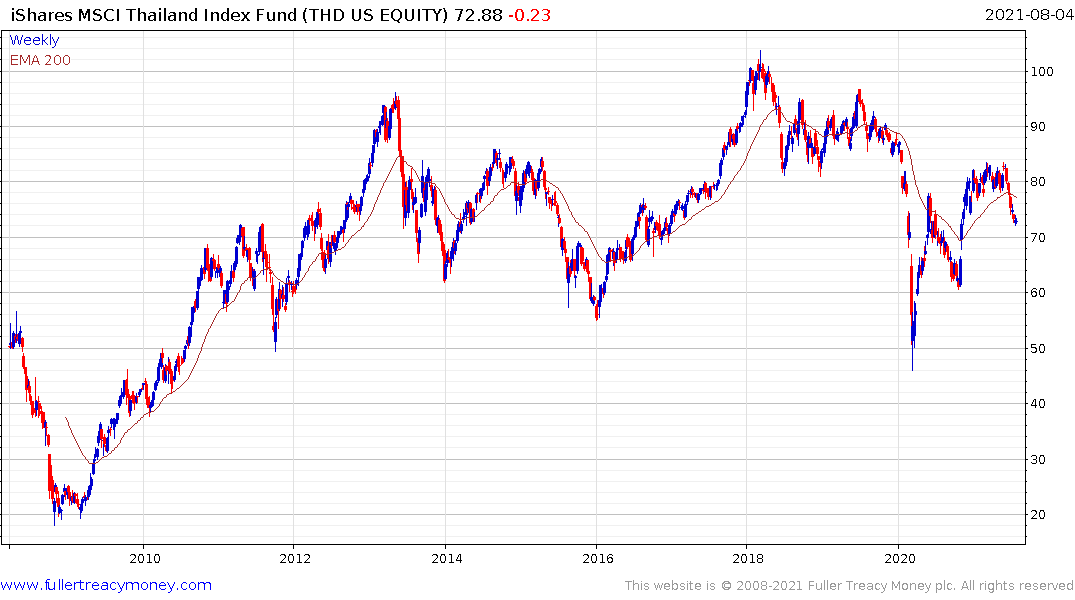 The US Dollar is testing the upper side of its base formation against the Thai Baht. That’s also weighing on the performance of the iShares MSCI Thai ETF.