Philippine bulls are on a roll, and who can blame them? The nation’s equities index has started the year beating many global peers, and foreign fund managers are putting back money in a market that was among Asia’s worst in 2018.

Traders at Rizal Commercial Banking Corp. and AB Capital & Investment Corp. are riding the rally by deploying their cash, rather than cutting their stock holdings as they did last year whenever equities went into high gear. The Philippine Stock Exchange Index has rallied more than 6 percent in the first
trading days of January, including a 2.8 percent gain Wednesday.

It closed at an eight-month high, breaking a key resistance level and moving closer to the 8,000 that traders say it could surpass this quarter.

“It’s a good strategy to ride the prevailing positive mood, even if only for the short term,” said Gerard Abad, who manages $380 million as chief investment officer at AB Capital. “We will see a continuation of the improvement in inflation, and it helps that the U.S. Fed has become dovish. That eases pressure on the central bank to raise rates.”

There is no one talking about a secular bull market in emerging markets anymore and that is a good thing from the perspective of a long-term investor. It means it is not a crowded trade. 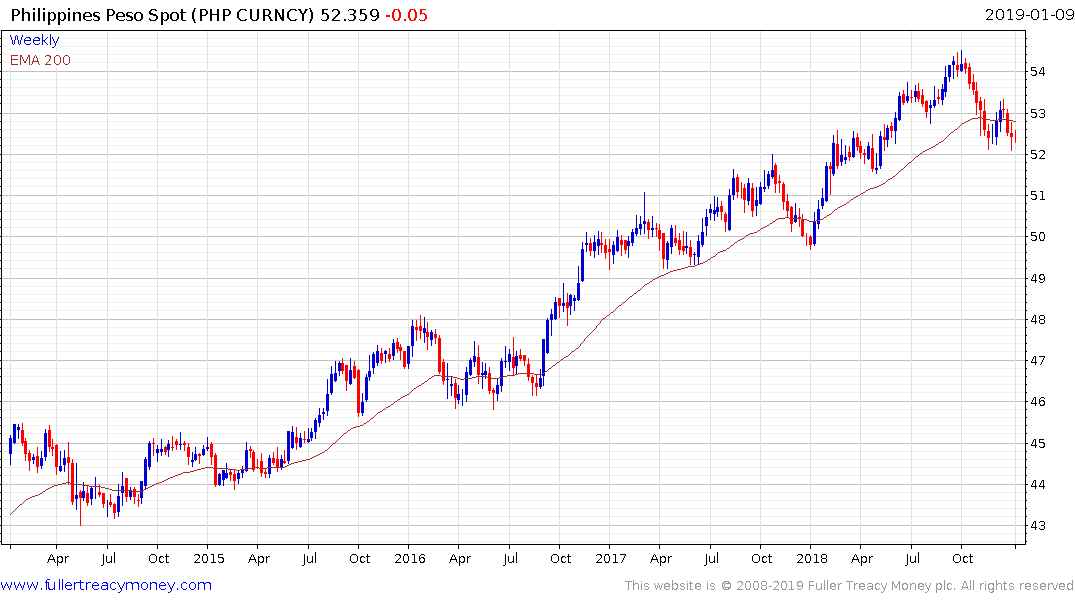 Generally speaking global investors like to have the currency, the central bank and the market on their side. The US Dollar has been trending consistently higher against the Philippine Peso since 2013. There have a number of occasions when it traded below the trend mean but never for very long and quickly rebounded to hit new highs. Right now, the Dollar is testing its lows and it will need to sustain a move below PHP52 to break the consistency of the medium-term uptrend. 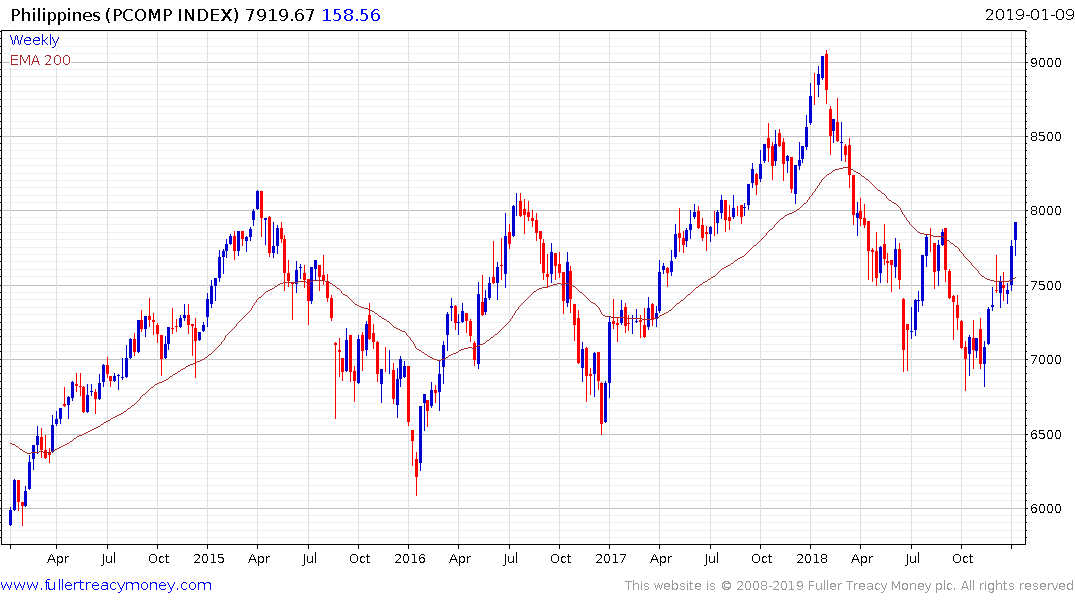 The Philippine Composite Index has rallied to break the 12-month downtrend and to confirm support in the region of 7000. A sustained move below the trend mean will be required to question medium-term scope for continued upside.