Peru’s currency and stocks tumbled after incomplete results of Sunday’s presidential runoff showed the leftist candidate gaining momentum even as he trailed by a thin margin in the count.

The sol headed to its biggest drop in more than a decade at one point and the S&P/BVL Peru General Index fell as much as 6.8%, the most since November, with mining companies and financial firms among the hardest hit. Overseas bonds edged lower in light trading while the cost to insure against a default climbed.

Analysts were left to scour incomplete vote tallies for hints at who had the advantage, after investor favorite Keiko Fujimori saw her early lead over leftist opponent Pedro Castillo fade overnight and in the early morning. With almost 93% of votes counted, Fujimori had 50.1% support to 49.9% for Castillo, a former school teacher turned union organizer from the Peruvian highlands.

“The country is pretty much split down the middle,” said Alfredo Torres, director of Ipsos Peru. An unofficial quick count published earlier by Ipsos gave Castillo a 0.4 percentage point advantage over Fujimori, within the margin of error, while an Ipsos exit poll after Sunday’s voting showed Fujimori with a slight lead.

Fujimori, who is under investigation for corruption and campaigned while out on bail, gets more of her support from urban centers, while Castillo has the advantage in the countryside. She has vowed to save the country from “communism” by preserving a liberal economic model and boosting cash payments to families affected by the pandemic. The daughter of a jailed former president, it’s her third attempt at the top office.

Castillo, who launched his political bid with a Marxist party and was virtually unknown at the start of the year, ran on a platform of extracting more taxes from multinational miners and oil drillers to increase outlays on education and health. He blames the country’s inequality on the ruling elite whom he says have long been content to run Peru from Lima while ignoring swathes of the country.

The gulf between populist left and right-wing parties conspires to create volatility in all manner of financial assets prices. However, the reality of governing has been less revolutionary because most left-wing populists have achieved victory by slim margins which has curtailed their ability to implement their policy goals. 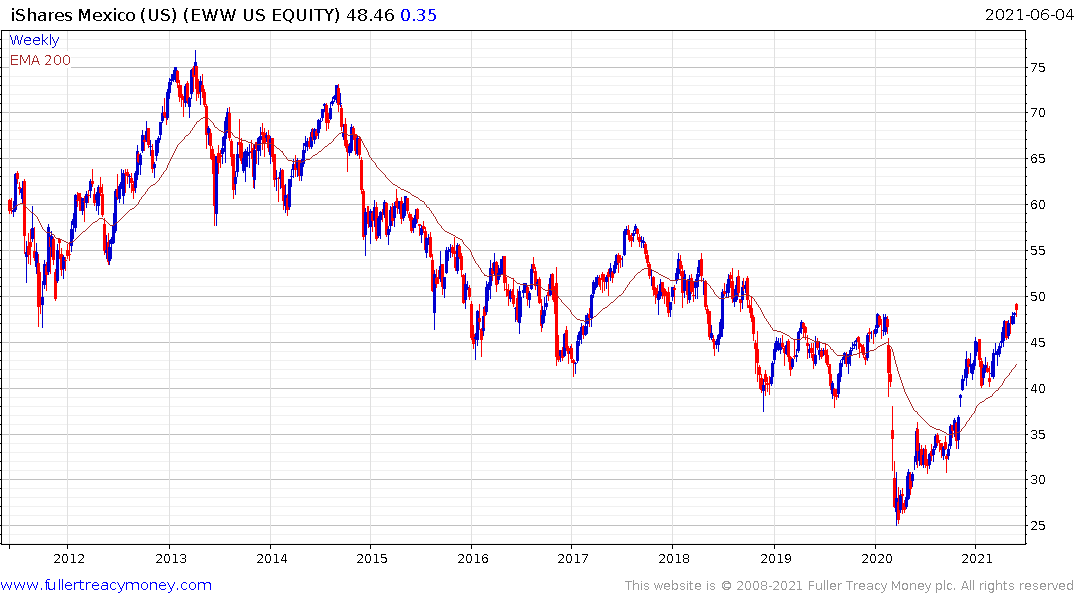 That’s certainly been true in Mexico and the slim majority the Democrats hold in the USA has also blunted the ability of the Progressive Wing of the party to achieve their revolutionary goals. In Italy, the uneasy alliance between the extreme right and left sides of the political spectrum has blunted the ambitions of both. Even before the result is known in Peru, the Castillo camp are suggesting no major upsets. 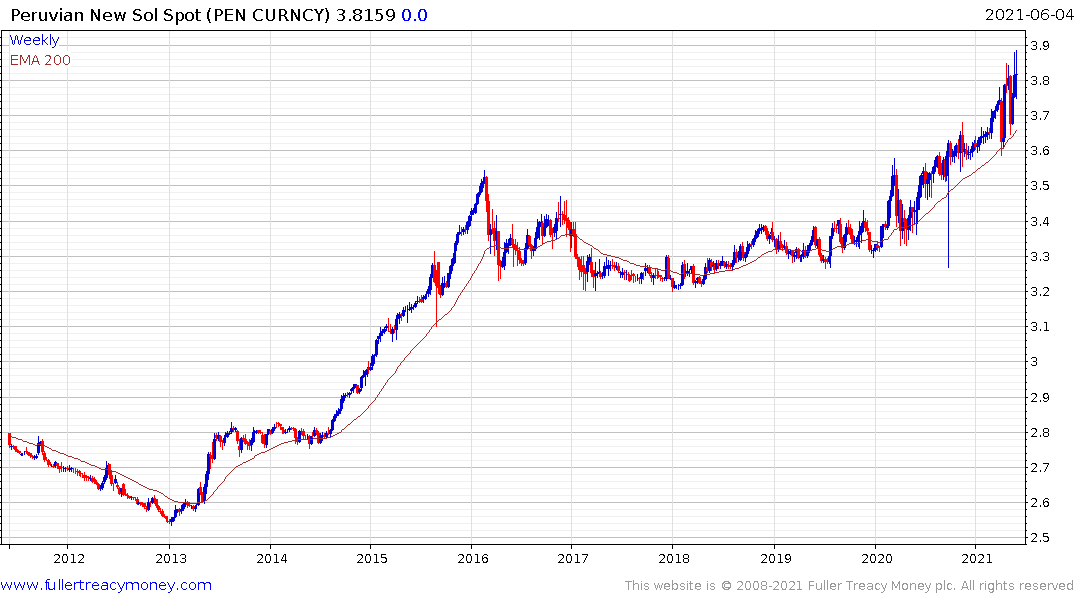 The Sol broke downwards today on the close election result but everyone knows what happened to the Turkish Lira when they interfered with the market-base price setting mechanism. There have been fears expressed by investors at the prospect of a left-wing government taxing the mining sector into oblivion or even nationalising the sector. 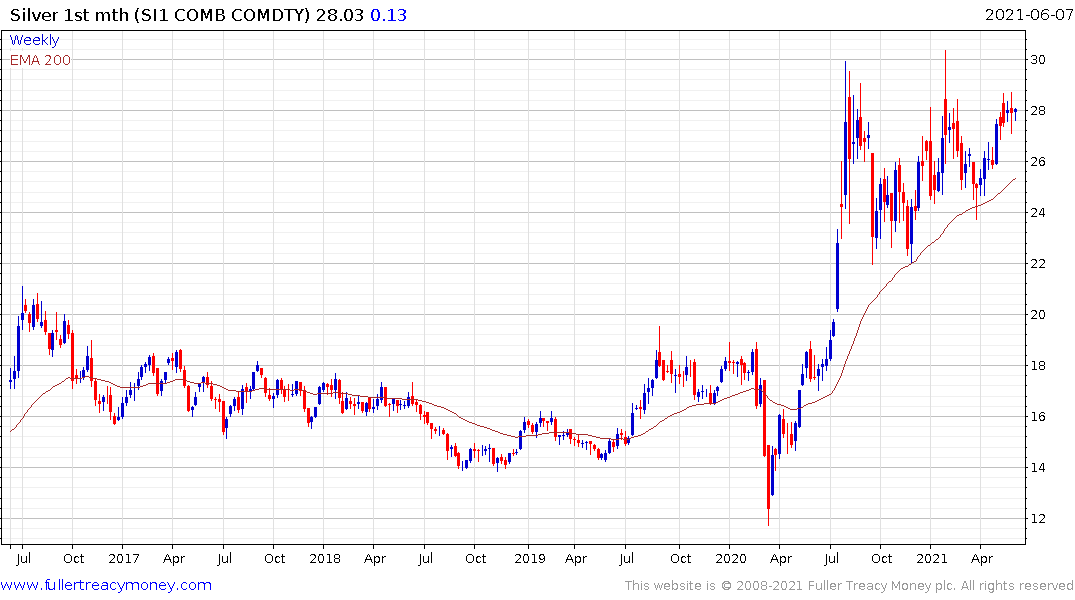 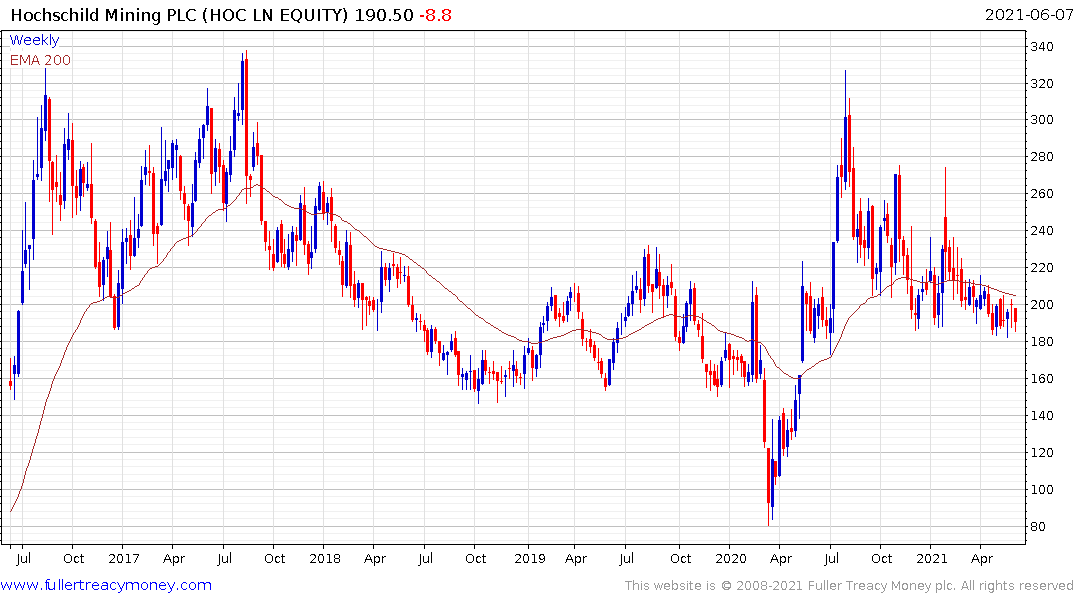 Hochschild Mining is often associated with Peru. The share has been ranging for the last few months but was not overly affected by the election news. The share is a high beta play on silver with a forward P/E of 10 and yielding 2.44%. A sustained move above $30 would likely reignite interest in silver miners.