Pence’s speech comes at a crucial time in the U.S.-China relationship as the two countries remain locked in a trade war and jostle for military and commercial dominance in the Pacific. White House officials have debated for weeks how critical Pence should be, underscoring the stakes of his remarks, which come just a day before negotiators talk about progress toward agreeing on a phase one agreement over trade.

The vice president was careful to balance his criticism with an olive branch. Rather than “decoupling” the two countries, the U.S. “seeks engagement with China and China’s engagement with the wider world,” he said. “Despite the great power competition that is underway and America’s growing strength, we want better for China.”

Pence’s most stinging criticism of China was indirect, in remarks targeting Nike Inc. and the NBA.

“Nike promotes itself as a so-called ‘social-justice champion,’ but when it comes to Hong Kong, it prefers checking its social conscience at the door,” Pence said.

He accused the NBA of “siding with the Chinese Communist Party and silencing free speech.” The league apologized after an executive of the Houston Rocketsissued a tweet supportive of Hong Kong protesters, outraging Chinese authorities and many NBA fans in the country.

“The NBA is acting like a wholly owned subsidiary of the authoritarian regime,” Pence said.

The reasonably balanced nature of Mike Pence’s speech which was originally slated for June and was expected to be much more explosive is a positive for the trade situation and suggests the USA foreign policy hawks are willing to negotiate. The question of whether a Phase 1 deal will in fact be signed in a few weeks at the Santiago conference remains a source of near-term uncertainty.

The bigger picture is the extent to which companies can continue to play both sides of the social justice/human rights card. Nike supports athletes taking a knee during the national anthem but is silent on human rights in China. Apple is the standard bearer for privacy in the USA but “obeys the laws of all the countries it is present in” when it comes to selling phones in China. Activision Blizzard was forced to reinstate the $10,000 prize for a gaming competition after a public outcry resulting from its over the top reaction to the winner stating support for Hong Kong protestors. 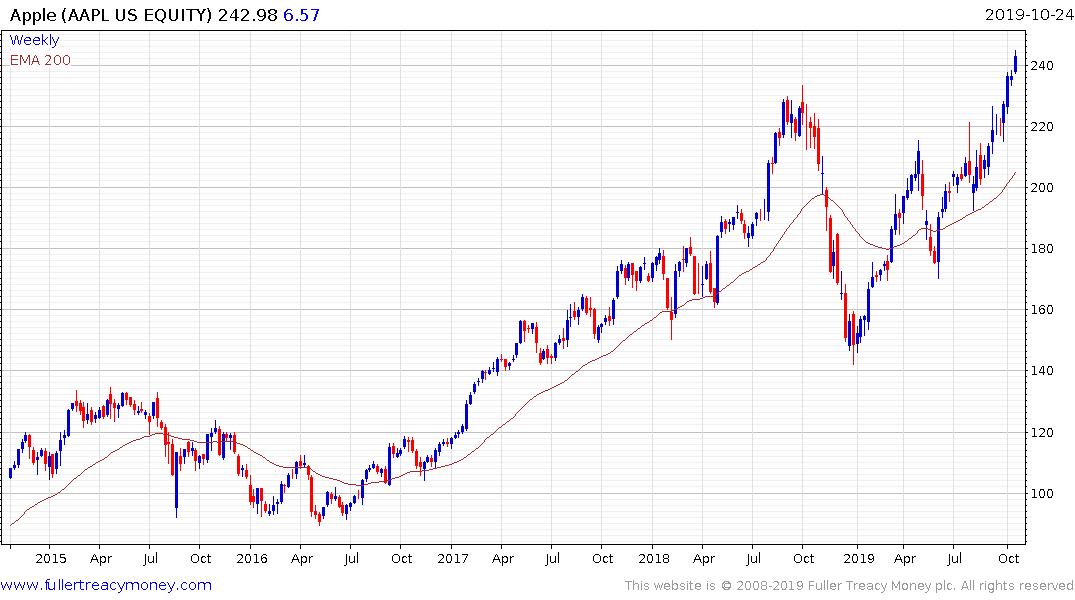 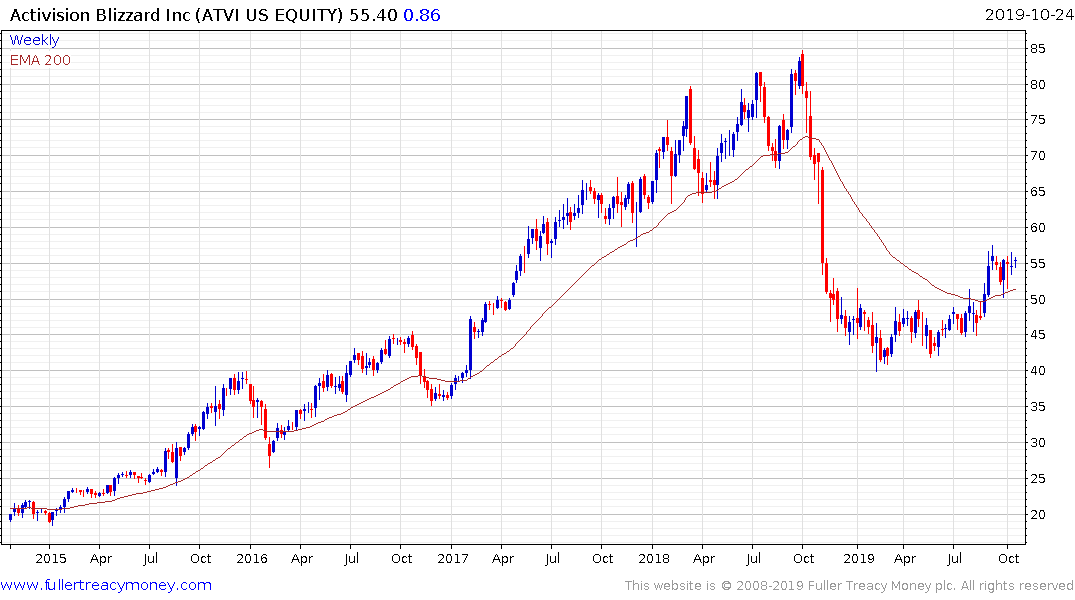 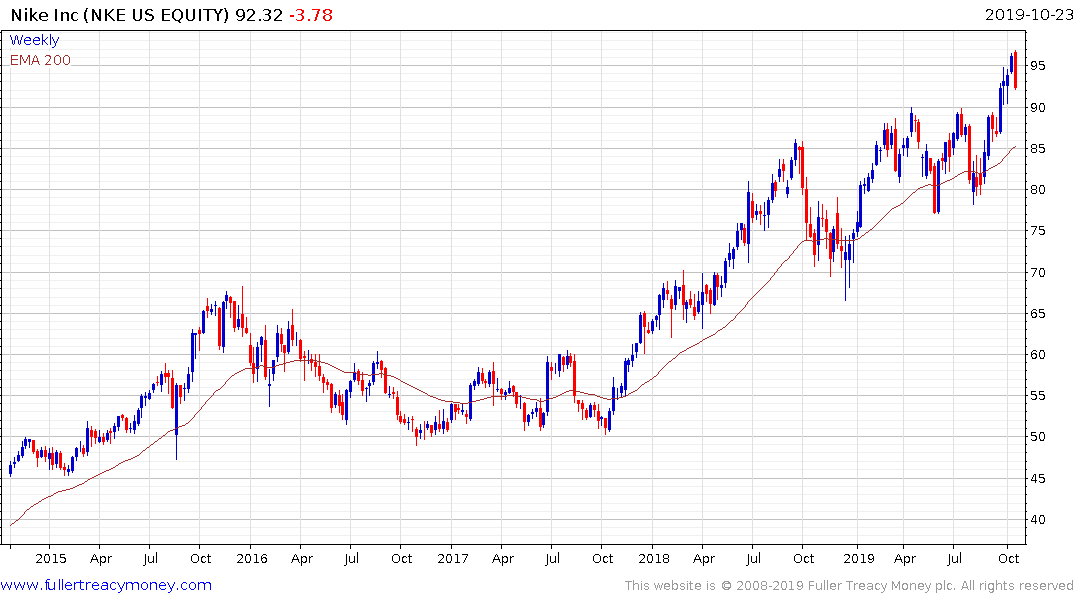 I am tempted to write about the dangers of moral relativism but what is apparent from the shares of both Apple and Activision is investors believe they can continue to play the geopolitical quickstep and succeed. Nike is quickly unwinding its overbought condition relative to the trend mean following the resignation of its CEO.

If the trade war is at least on hiatus that’s good news for the global economy. The removal of restrictions on Cosco shipping is a further sign pressure is easing. That has also resulted in Dirty Tanker rates contracting from the mid-month spike high near 2000.