PBOC Support to Stay Even Amid Credit Upswing by Eoin Treacy

The robust rate of credit expansion this year doesn’t rule out continued monetary easing. We think that’s still needed to help the economy find a solid footing, though the focus should increasingly shift to targeted measures.

Broad-based easing is still needed to provide liquidity to the banking sector so it can sustain the expansion in credit. The need is higher in 1H and we continue to see the possibility of reductions in the reserve requirement ratio, with the first potentially coming as early as in April.

There’s less of a necessity for an interest rate cut, in our view.

Targeted measures are important for channeling funding to sectors in greater need of funding -- small, private firms -- to lower their effective borrowing costs.

The result of the People’s Congress was to declare victory in the containment of the shadow banking sector and to signal a clear willingness to boost credit growth to reinvigorate speculative activity. That has resulted in the stock market popping on the upside, reversing the pattern of deterioration that prevailed for all of 2018. 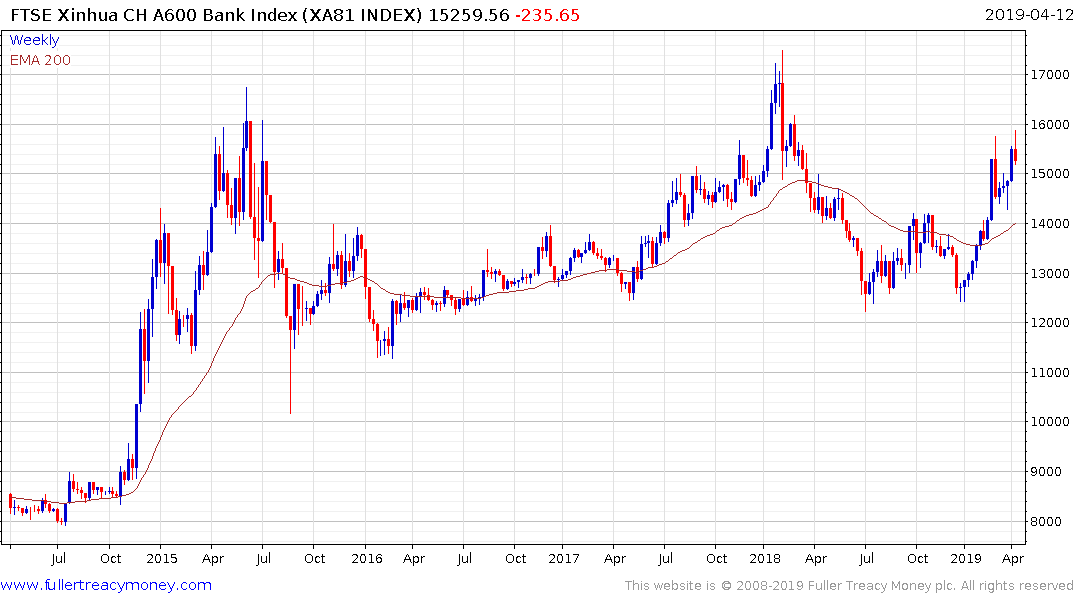 The large state-owned banks are, more than ever, vessels through which government policy is implemented. That is why the A600 Banks Index has been largely rangebound over that last four years and are still in the region of the 2015 peak while the wider market is still recovering from the lows. Some consolidation remains underway in the banks but medium-term potential for additional upside remains intact as long credit creation remains a theme in the economy. 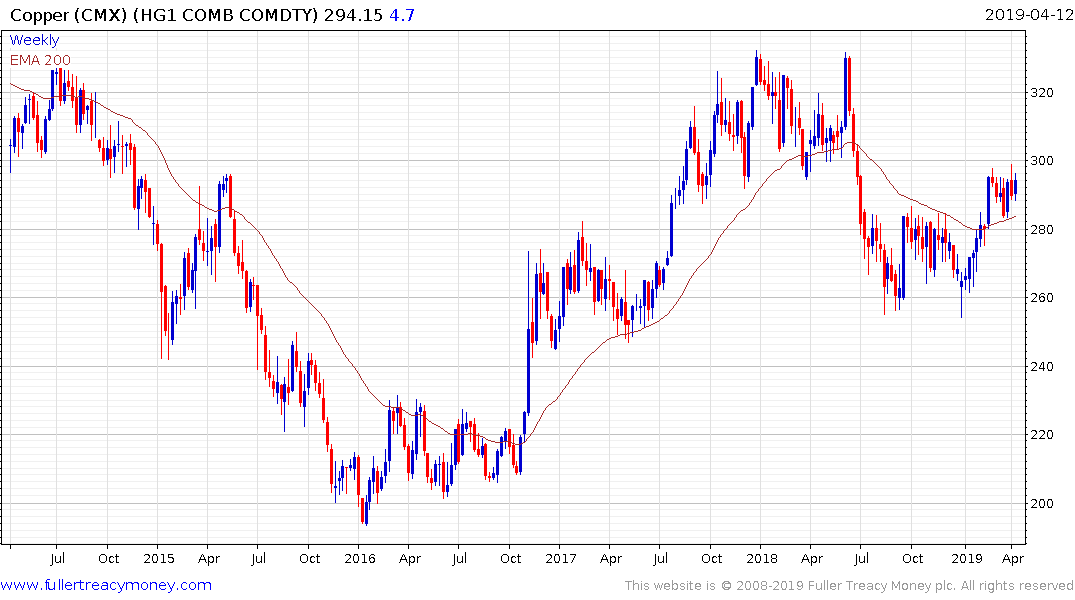 Chinese credit creation is clearly beneficial for the prices of industrial resources. Copper continues to form a first step above its six-month range and a sustained move below the trend mean would be required to question recovery potential.