China’s central bank supplied liquidity to commercial lenders on Monday to help them manage upcoming government bond sales, while leaving the price of the money unchanged as the economy recovers.

The People’s Bank of China added 700 billion yuan ($101 billion) of one-year funding via the medium-term lending facility. The central bank said Friday that today’s operation is meant to offset the 400 billion yuan in loans coming due Monday and another 150 billion yuan maturing on Aug. 26.

With the economy recovering slowly, the PBOC is trying to provide markets enough funding to purchase government bonds and make loans without fostering financial risks. In addition to Monday’s money, the central bank last week offered the most short-term funds since May, replenishing a banking system which needs about $500 billion this month.

The net injection indicates “a more accommodative stance on keeping liquidity levels ample” so that commercial banks can continue to support bond issuance and to stabilize credit growth, said Liu Peiqian, a China economist at Natwest Group Plc. in Singapore. The move is “a signal to ensure policy continuity and stability” rather than a reaction to a slower pace of economic recovery, she said.

The PBOC kept the interest rate on the funds unchanged at 2.95%. The yield on China’s 10-year government bonds fell 1 basis point to 2.93%.

“The MLF injection is larger than expected,” said Ming Ming, head of fixed-income research at Citic Securities Co. in Beijing. “The PBOC’s overall neutral monetary policy has an easing bias in August. I expect the 10-year government yield to drop to around 2.8%.”

The big unknown for the Chinese debt markets is where the natural default rate resides. It’s impossible to know since they never allowed defaults until quite recently. The current situation does not give an accurate picture either, since the aftershocks of the lockdowns are impossible to predict with any kind of accuracy. What we do know is the number of defaults is rising and has not stopped rising since the first were announced a couple of years ago. 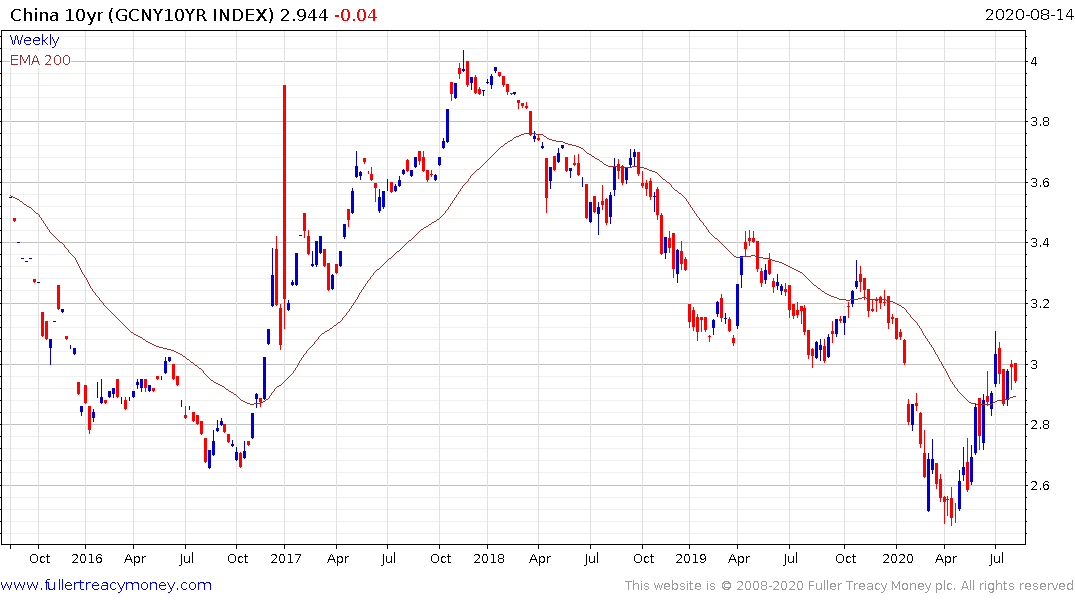 Against that background the central bank has little choice. They have to make liquidity available. 10-year yield continues to trend higher and have held a sequence of higher reaction lows since April. 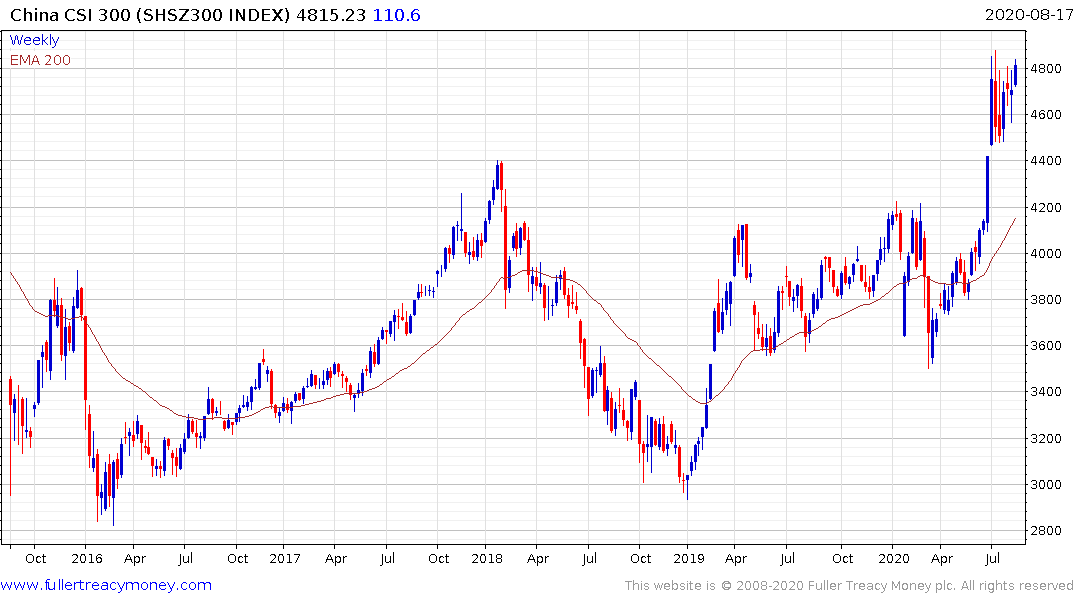 The CSI 300 Index jumped on this news to test the upper side of its short-term range. 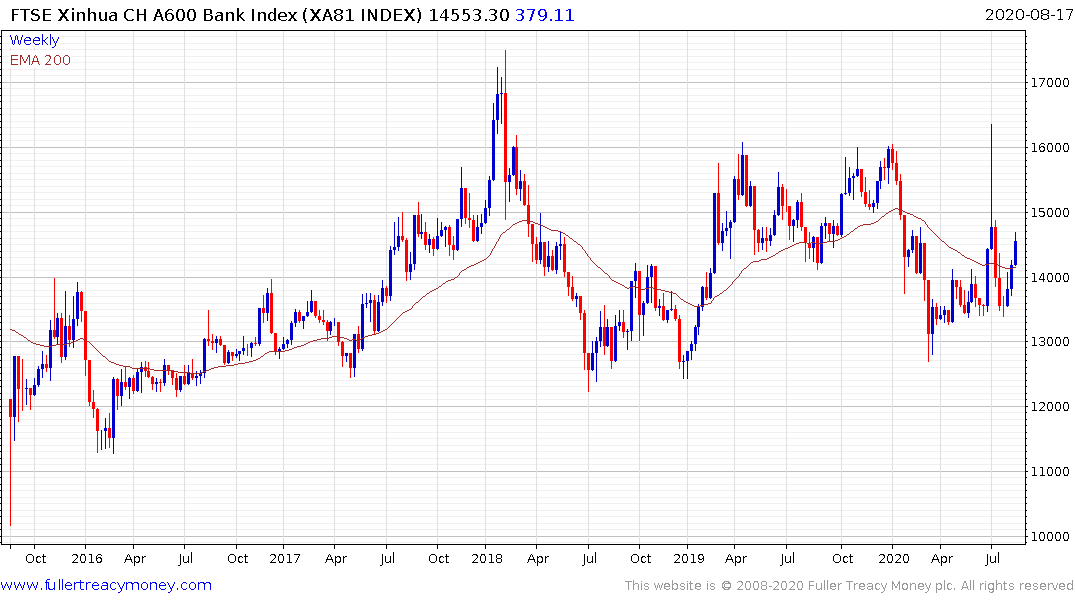 The FTSE/Xinhua China Banks Index is bouncing from the lower side of its medium-term range.