But it is the reaction of his own Tories that will be of most concern to the prime minister. One Conservative member of Parliament privately described the mood among colleagues as sulfurous, while predicting the premier will survive because he’s prepared to brazen it out. Another, though, said the scandal will ultimately mean the end of the road for Johnson.

It’s a significant moment of peril at the worst possible time for Johnson, who had hoped to begin 2022 with a reset after a turbulent end to last year when support for the Conservatives plummeted in the polls.

A string of allegations about other rule-breaking gatherings in Westminster -- dubbed “partygate” by the U.K. media -- was compounded by a damaging loss in a special election and widespread criticism over how he had funded the refurbishment of his Downing Street flat.

“Do as I say, not as I do” policy doesn’t sit well when voters are being asked to endure privation. Nevertheless, the job of Prime Minister is a poison chalice at present because whoever takes over immediately assumes responsibility for the uncertainty of the pandemic. It is much more likely that ambition will be held in check until uncertainty recedes or election calculus demands a change. 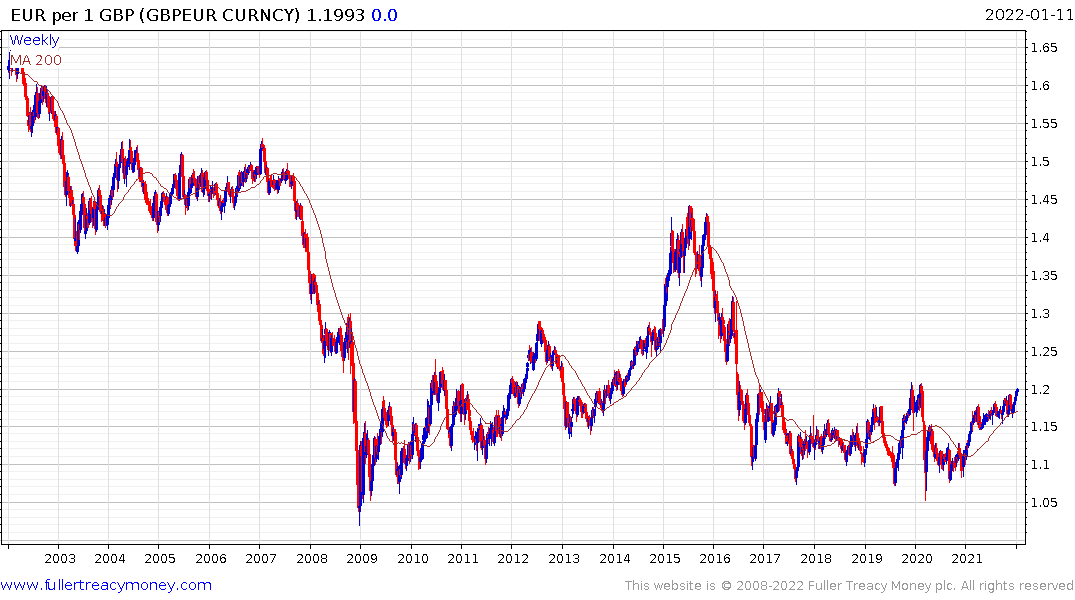 The Pound is testing the upper side of its base formation against the Euro and is firming against the Dollar. The €1.20 area has offered resistance on multiple occasions over the last decade so it is reasonable to expect a more dovish tone from the Bank of England before long. 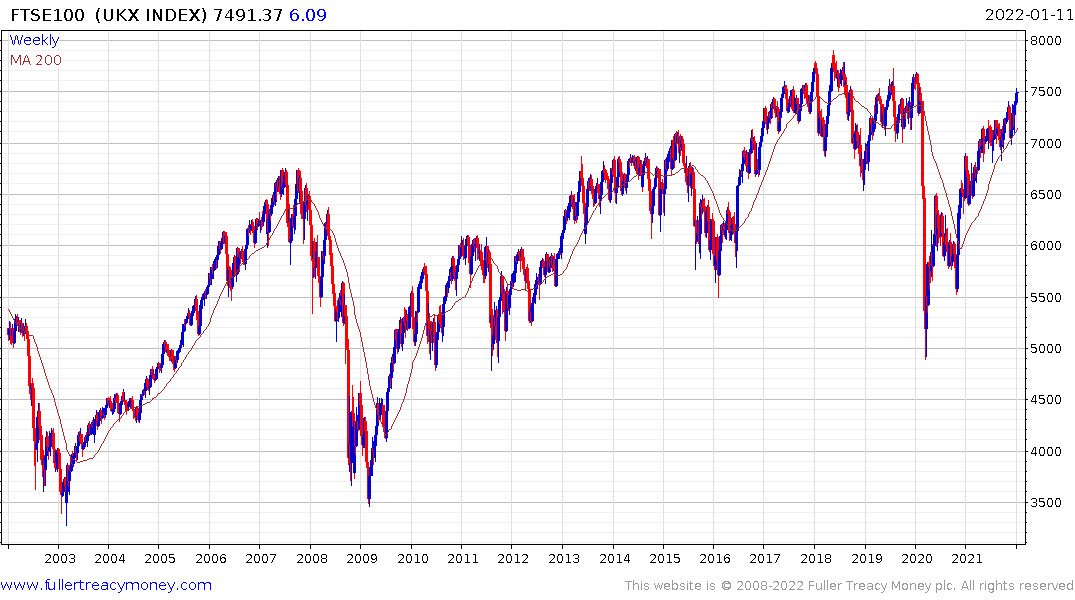 Meanwhile, the currency’s relative strength has supported the FTSE-100 in becoming the best performing major market on a currency adjusted basis globally. That’s also a symptom of defensive trading since the Index is loaded with dividend paying blue-chips in the cyclical and consumer staples sectors.