Since May 2019, when the treasury total return/gold ratio fell below its five-year moving average, I have been recommending that investors switch from overvalued bonds to gold as the preferred hedge for their equity exposure (see The Inflation Shift And Portfolio Construction).

Usually, these two assets—long-dated US treasuries and gold—tend to be negatively correlated. When treasuries are going up, gold tends to go down, and vice versa.

But in the last few months, both have powered ahead at the same time. This left me scratching my head, and as usual when puzzled, I reached for the history books to see when in the past both treasuries and gold have looked overbought at the same time. Specifically, I looked for other occasions when the three-month rate of change for each asset was above its respective standard deviation at the same time. The conclusion is striking: we are in a panic.

There were plenty of market panics in the 1970s, when real rates were negative. Then from 1980 to 2007, when short rates were “normal”, they were almost non-existent. However since 2007, there have been several occasions when— unusually—both treasuries and gold went up at the same time.

Each previous panic was dealt with by governments and—more importantly —central banks, including the Chinese central bank, ganging up to stop the rout. However, given the current chill in relations between Washington and Beijing over trade and technology, it is hard to believe that the latest episode will be halted thanks to a cozy cooperation deal between Donald Trump and Xi Jinping.

So what should investors do? My immediate advice would be to do very little right now. Acting in the middle of a panic is seldom a good idea. I would just continue selling bonds, and so raising cash.

The massive move we have seen in European sovereign bonds is definitely representative of a buyer’s panic but the broader question is who is panicking? Pension funds and insurance companies spring to mind. What are they panicking about? There is a real prospect we are going to see the ECB announce negative short-term rates as well as a raft of additional measures which are clearly designed to boost liquidity but will come at the expense of savers. That suggests what we are seeing is potentially a buy the rumour and sell the news phenomenon. 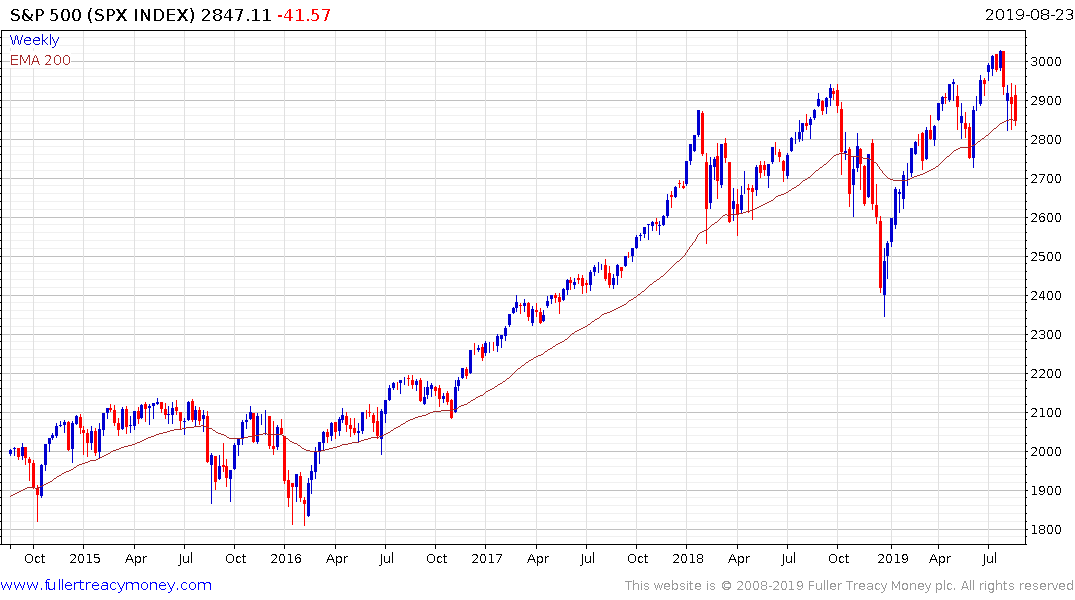 Wall Street posted a 98.6% down day today with 497 of the S&P500’s 504 constituents declining. That’s pretty climactic action but a clear upward dynamic is going to be required to confirm support in the region of the trend mean. My contention has been the six-month range appears to be a bullish consolidation. If that is the case the low posted in June. The big test of the decade long bull market is in how well the Boxing Day low holds, not least because it coincides with the 1000-day moving average. 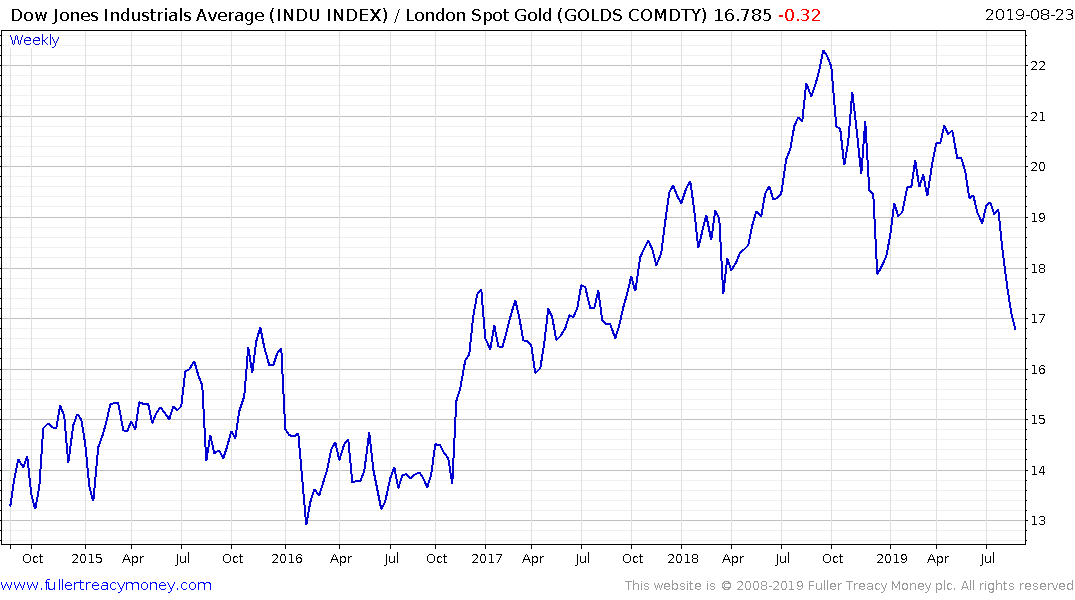 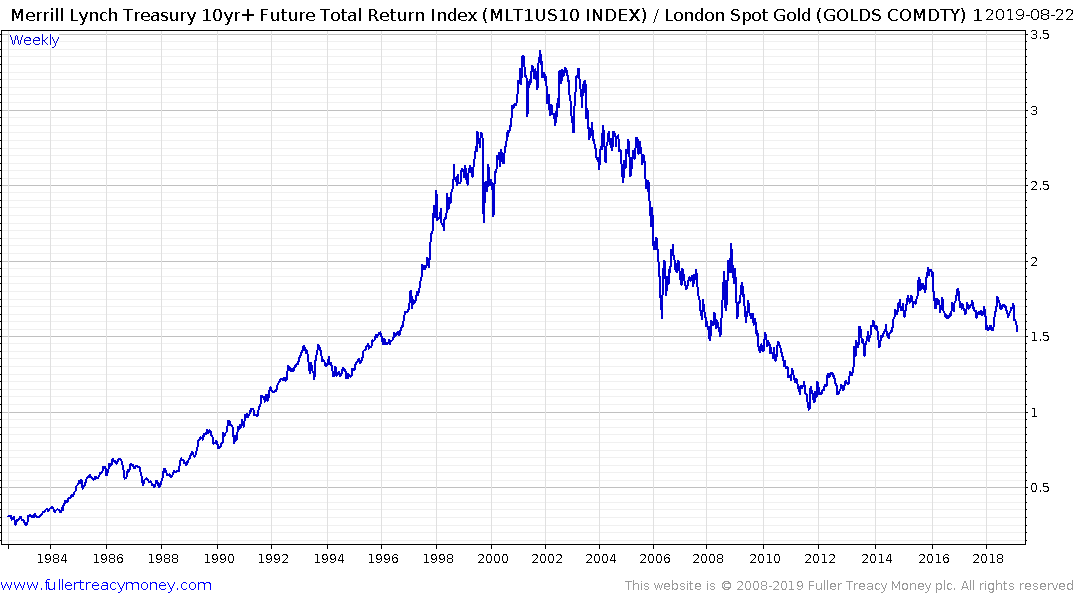 Meanwhile the Dow/Gold and Bond Total Return Index/Gold ratios suggest gold is the go to asset in times of uncertainty.