The escalation in tensions comes at a particularly volatile time for China’s stocks, with the government taking steps to manage a debt-fueled frenzy that had pushed equities to their highest since 2015. Bullish traders have pushed leverage to an almost five-year high.

“Worries over China-U.S. relations will dominate the market,” said Raymond Chen, a portfolio manager with Keywise Capital Management (HK) Ltd. “People will be closely watching how the U.S. reacts to the closure of Chengdu consulate. I expect more panic selling in the near term.”

China’s yuan fell as much as 0.28% to 7.0238 versus the greenback, the weakest since July 8. China’s government bonds extended gains, with futures contracts on 10-year notes climbing as much as 0.36% to the highest since July 3. The yield on debt due in a decade dropped 5 basis points to 2.86%, the lowest since July 1.

The Chinese government has been trying its best to paper over the cracks in the economy. The boom in IPOs and the efforts to repatriate foreign listings of its tech champions are all aimed at creating a façade of capital market strength and stability. It fulfills the secondary purpose of trying to protect Hong Kong’s status as a major financial hub despite the destruction of its legal freedoms.

This article from Quartz detailing the extent of bank losses offers a clearer understanding of the extent to which the economy has been damaged by the domestic fight to contain the coronavirus as well as the loss of demand from overseas for the same reason.

It is no secret that Chinese growth over the last decade has been purchased with debt rather than productivity growth. The challenge for investors has always been the unknown of what the natural default rate is for an economy that has no experience of applying credit discipline in an equitable manner. The harsh reality remains that survival is heavily influenced by how close the business is to connected individuals.

As geopolitical tensions rise the clear decision from an international investor’s perspective is whether to risk losing everything in the event full decoupling happens sooner rather than later. It’s not a likely scenario in the short term but there is an inevitability to the trend that makes China a dangerous investment destination. I had been willing to think of it as a trading destination until this week but even that is looking risky right now. 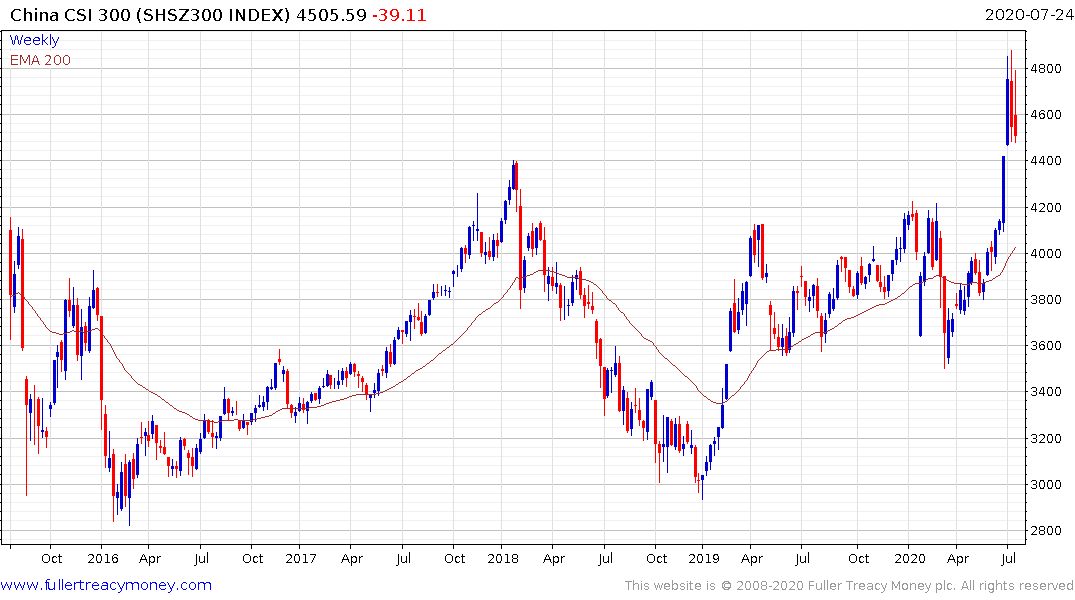 The CSI 300 Index pulled back in a dynamic manner again today to confirm a peak of at least near-term significance. 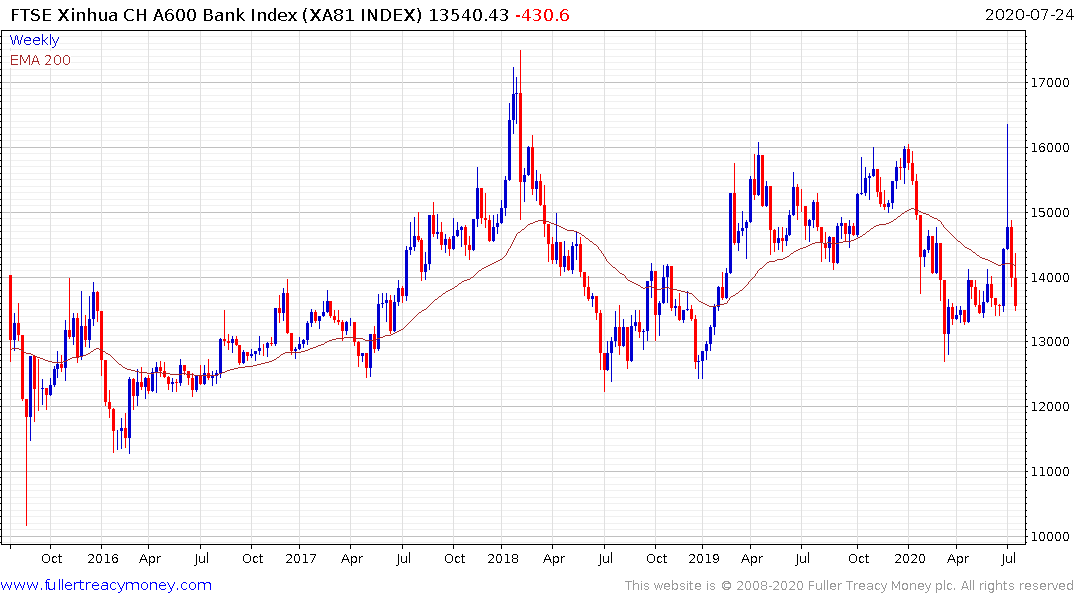 The banking sector has now completely unwound its early July surge. A clear upward dynamic will be required to check momentum.  The seizure of the fourth largest insurer in the last week is a further example of how risk in the financial sector is likely understated. 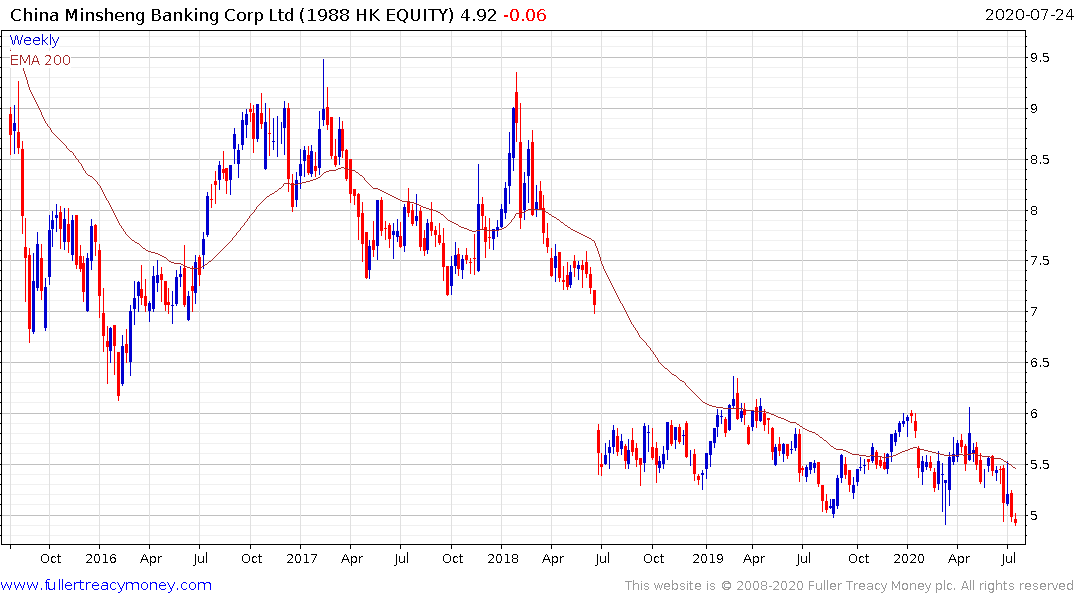 The Chinese government has ensured banks are making loans but the fiscal and monetary levers have yet to be deployed for fear of stoking a bubble. As economic challenges mount it may have no choice.