Palladium headed for the first decline in four sessions as U.S. President Donald Trump’s threat to shut down the border with Mexico added to concerns over the outlook for the auto industry, the biggest consumer of the metal.

​Analysts said a border closing would rapidly ripple through a U.S. economy in which supply chains are closely integrated with Mexico, especially hitting the carmakers. Volatility in palladium, used in auto catalysts to curb pollution, has surged in the past week as investors assess slowing vehicle sales against the outlook for supply shortfalls that drove prices to record highs last month.

Something that does not get discussion any longer is the fact the platinum is primarily used in diesel catalytic converters but platinum and palladium are equally useful in petrol cars. The question of whether to use one over the other is down to the cost of retooling and the relative abundance of palladium over platinum. This was subject that got some coverage back in the early 2000s but I find it peculiar that is not a topic today.

Here is a section from a report by Johnson Matthey explaining the difference:

The role of platinum in catalytic converters is to oxidise carbon monoxide (CO) and hydrocarbons. Platinum is particularly effective at this under oxygen-excessive conditions, so is often the metal of choice for diesel applications. For petrol-powered vehicles (where there is a balance between reductants and oxidants in the exhaust gas), platinum and palladium can be equally effective, and so the choice is often made on the basis of relative cost. The three-way catalyst used for petrol vehicles must also be able to reduce NOx to nitrogen as well as oxidise CO and hydrocarbons – that is why rhodium is generally used in addition to platinum or palladium. 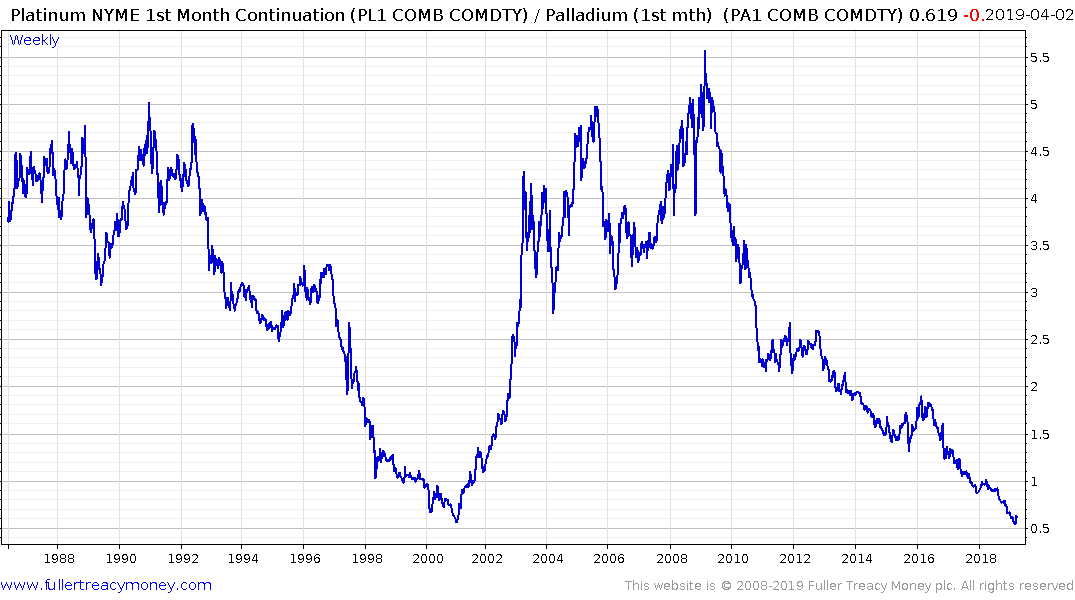 I’m sure I am not the only one looking at the platinum/palladium ratio which is now back at the lows seen in 2001. This represents both an important peak for palladium and highlights just how cheap platinum is on a relative basis. Logically, if there is less demand for platinum from diesel vehicles, that free up supply for other uses. 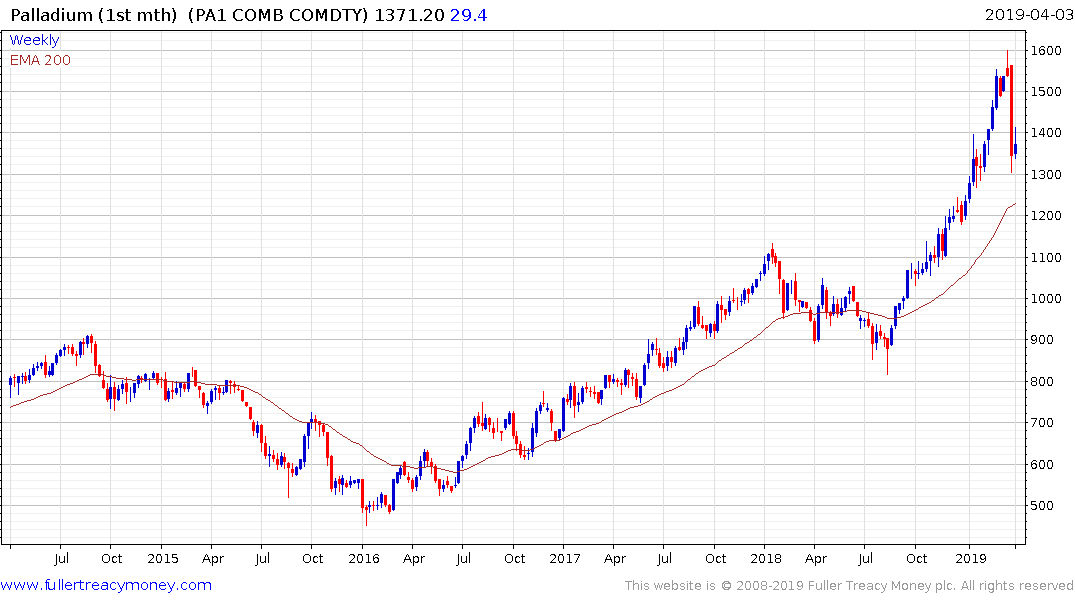 Palladium has hit a peak of at least near-term significance, while platinum rallied today to test the upper side of its base. 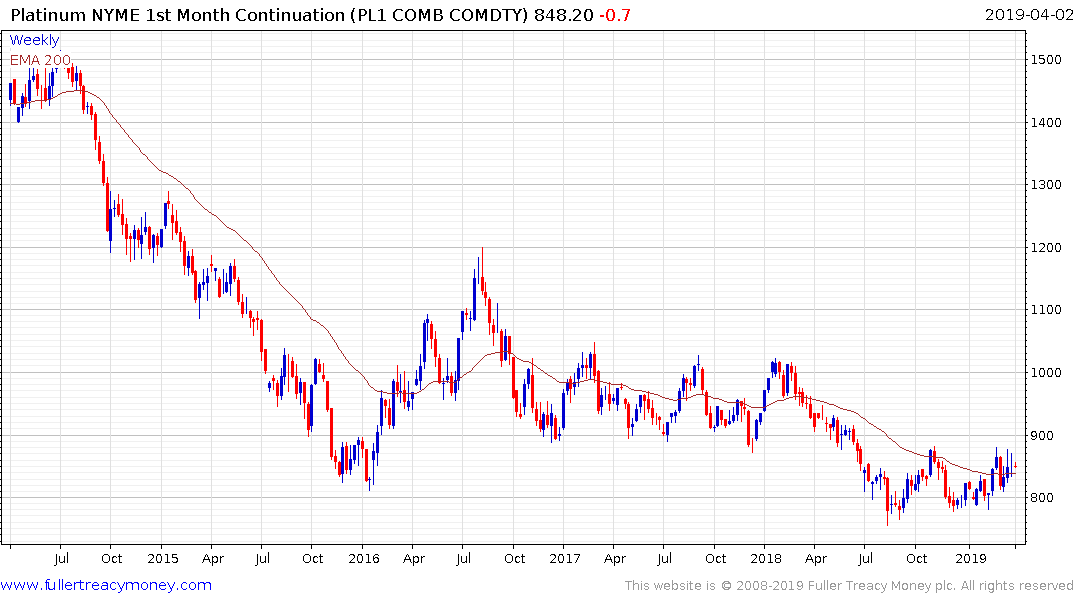