OPEC+ Gambles That U.S. Shale's Golden Age Is Over
Comment of the Day

OPEC+ Gambles That U.S. Shale's Golden Age Is Over by Eoin Treacy

Perhaps the biggest problem for OPEC isn’t American shale but rising output elsewhere. Brazilian and Norwegian production is increasing, and will increase further in 2020. After several years of low prices, engineers have made many projects cheaper, and the results are clear.

Norway’s Johan Sverdrup oil field, the biggest development in decades in the North Sea, started up earlier this year, months ahead of schedule and several billion dollars under its original budget. And Guyana, a tiny country bordering Venezuela in Latin America, is about to pump oil for the first time.

“For OPEC, it remains a difficult first half of 2020,” Russell Hardy, Vitol’s chief executive officer, said in an interview. “U.S. production is growing strongly this quarter and in the first half of next year we’ll add non-OPEC production from Norway, Brazil and Guyana.”

The cartel knows well that’s taking a gamble. The group’s own estimates show that if it continues pumping as much as it has done over the last couple of months -- roughly 29.9 million barrels a day -- it would supply about 200,000 barrels more crude daily than the market needs on average next year. The oversupply would be concentrated in the first half, when OPEC estimates it needs to pump just 29 million barrels a day to prevent oil stocks building up.

Still, OPEC officials, speaking privately, believe the world’s supply and demand balance could be tighter than many expect -- a big change from the past three years. They see non-OPEC output growth falling short of forecasts while global demand increases could be higher than expected.

The decade long commodity bull market that began in the early 2000s encouraged massive investment in additional supply. That new supply generally came in at a higher marginal cost of production which means that while $40 was previously a peak for price rallies, it now represents a floor. 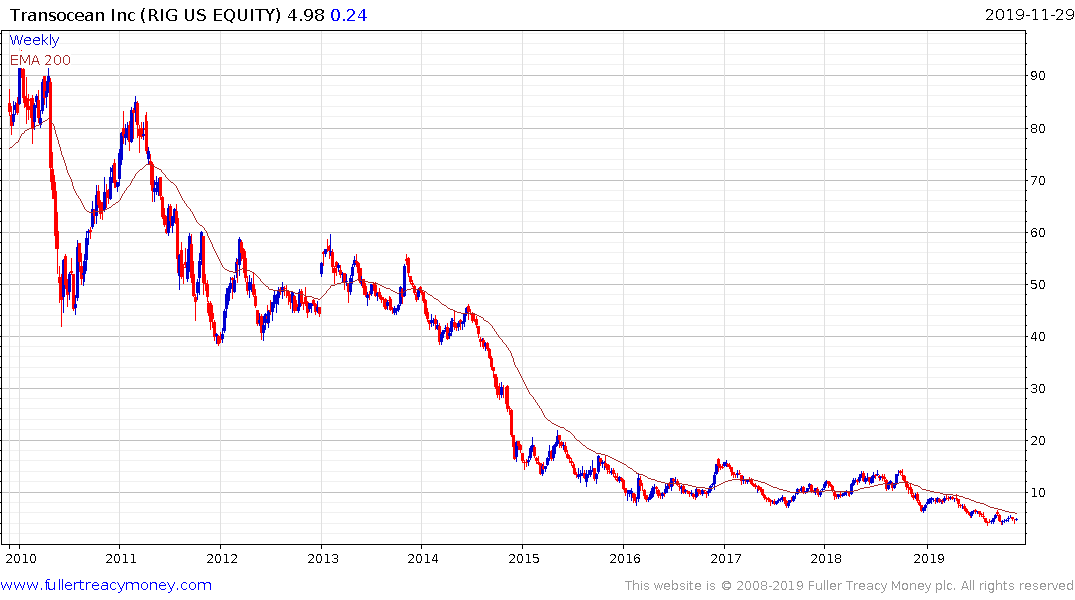 Deepwater supply is particularly sensitive to low prices and the offshore drilling sector has been decimated by the rationalisation that has taken hold over the last five years. Nevertheless, there oil is present and countries have a commercial incentive to bring supply to market even if production is marginally profitable.

There has been a clear change of sentiment towards US onshore domestic production over the last few months with the declining rig count being interpreted as a peak for US supply. I think it is more a reflection of the price sensitivity of supply unconventional wells have which conventional wells do not. If prices increase capital will be encouraged back into the shale space to boost supply. 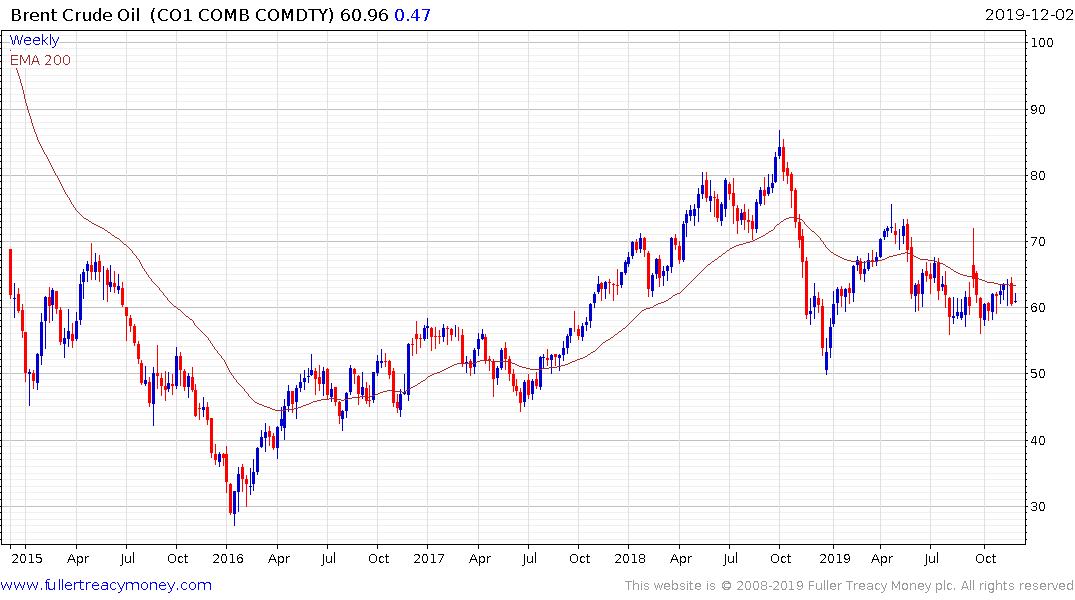 Right now, oil prices are at an interesting juncture where $55 has offered support while $65 has represented resistance for the last six months. The near-term sequence of higher reaction lows is now being tested and the $60 area will need to hold if potential for higher to lateral ranging is to be given the benefit of the doubt. These periods of inert ranging in the oil market seldom last long and a break of the above levels would likely see some significant follow through.