One Month, 500,000 Face Scans: How China Is Using A.I. to Profile a Minority
Comment of the Day

One Month, 500,000 Face Scans: How China Is Using A.I. to Profile a Minority by Eoin Treacy

Chinese authorities already maintain a vast surveillance net, including tracking people’s DNA, in the western region of Xinjiang, which many Uighurs call home. But the scope of the new systems, previously unreported, extends that monitoring into many other corners of the country.

The police are now using facial recognition technology to target Uighurs in wealthy eastern cities like Hangzhou and Wenzhou and across the coastal province of Fujian, said two of the people. Law enforcement in the central Chinese city of Sanmenxia, along the Yellow River, ran a system that over the course of a month this year screened whether residents were Uighurs 500,000 times.

Police documents show demand for such capabilities is spreading. Almost two dozen police departments in 16 different provinces and regions across China sought such technology beginning in 2018, according to procurement documents. Law enforcement from the central province of Shaanxi, for example, aimed to acquire a smart camera system last year that “should support facial recognition to identify Uighur/non-Uighur attributes.

Last April, Mrs. Treacy was at a 7-Eleven in Guangzhou and the cashier offered her a 10 Yuan discount for taking her photo and before she could answer had already taken her data. A day later she found herself accidentally paying for items at a different store with her face.

We are having a significant discussion in the West about privacy and how much of our data should be available to corporations. That discussion does not exist in China and regardless of what venue gathers your data, it all ends up in the hands of the government and that is everything from passwords to fingerprints, to facial features, to browsing history, to utility usage, to travel history to social media contacts to purchasing patterns and genetics.

The development of an overarching credit score is still under construction but it is getting a clear field test in Xinjiang. The ultimate aim of the program is to roll it out to the whole country and deploy it for crowd control, quashing of dissent and, perhaps most importantly, capital controls. 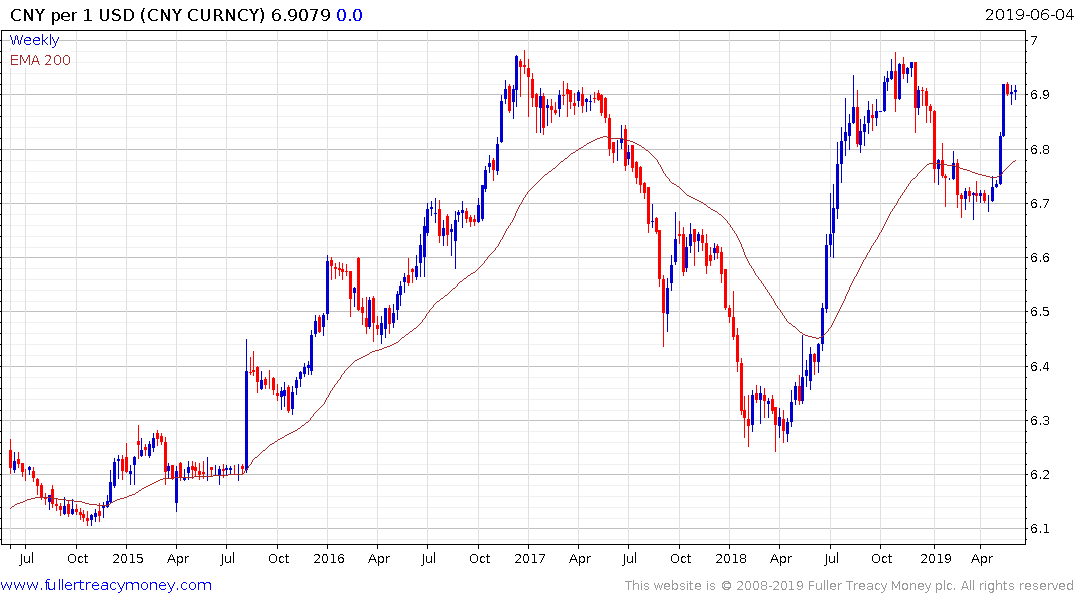 The greater the pressure that come to bear on the regional banking sector, the greater the likelihood is that the tightening on money flows will extend into many more sectors. That will be particularly true if the Renminbi breaks CNY7.