One Fed official suggested on Friday delaying a December rate hike, the first to do so
Comment of the Day

One Fed official suggested on Friday delaying a December rate hike, the first to do so by Eoin Treacy

“The current level of the policy rate is about right,” Bullard said in a prepared presentation to the Indiana Banker’s Association, according to Reuters.

Bullard is the first member of the Fed to speak publicly about a delay in December. The Fed president — while not a Federal Open Market Committee voter in 2018 — will be able to participate in rate hike decisions in 2019.

10-year Treasury yields dropped below the trend mean this week and despite a short-term overbought condition on the futures, a meaningful catalyst is now likely required to check the rally.
Despite an impressive intra-week rally, the S&P500 closed on its low, confirm resistance in the region of the trend mean and moving into a negative position for the year. 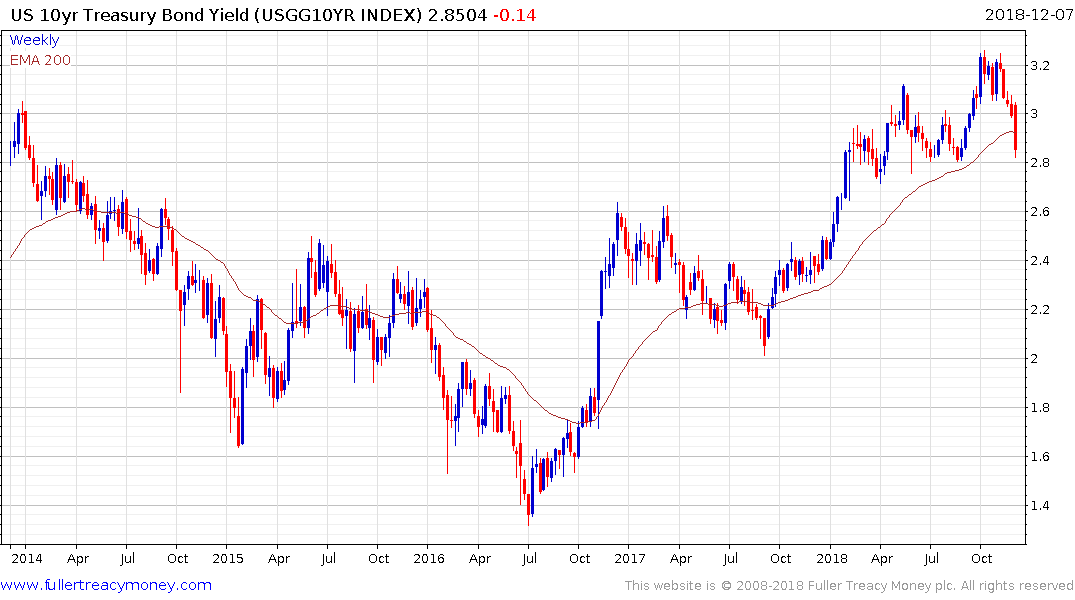 The intensification of the trade war with China is a meaningful event, not least because it is coming so close after the relatively cordial meeting that took place at the G-20 just this past weekend. 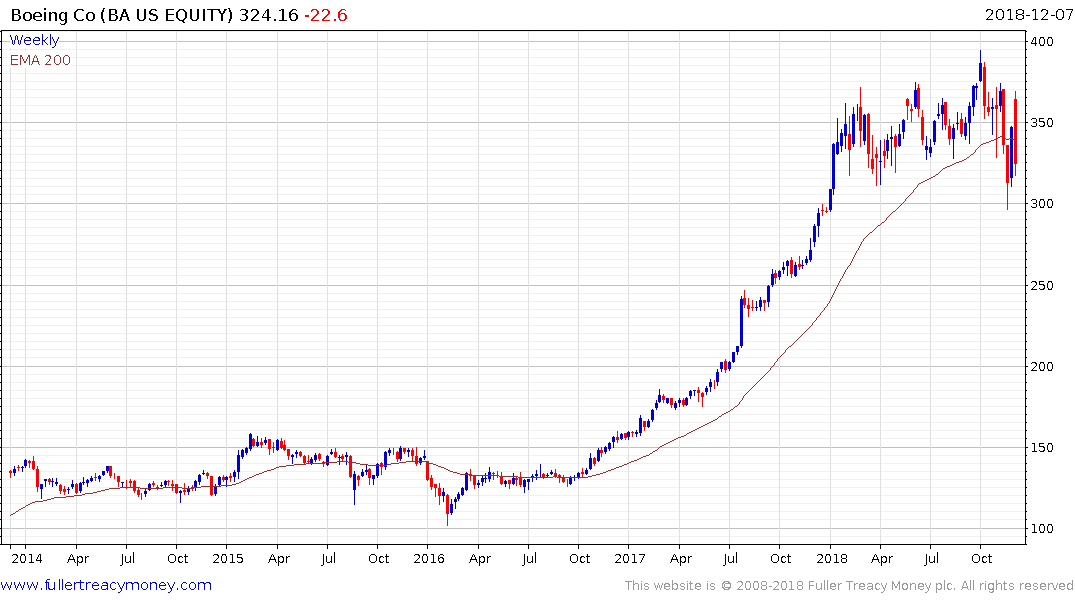 Boeing has clear Type-2 top formation completion characteristics and is negatively impacted by the deteriorating relationship with China.

The Philadelphia Semiconductors Index has a similar pattern but appears to be further along in the topping process. 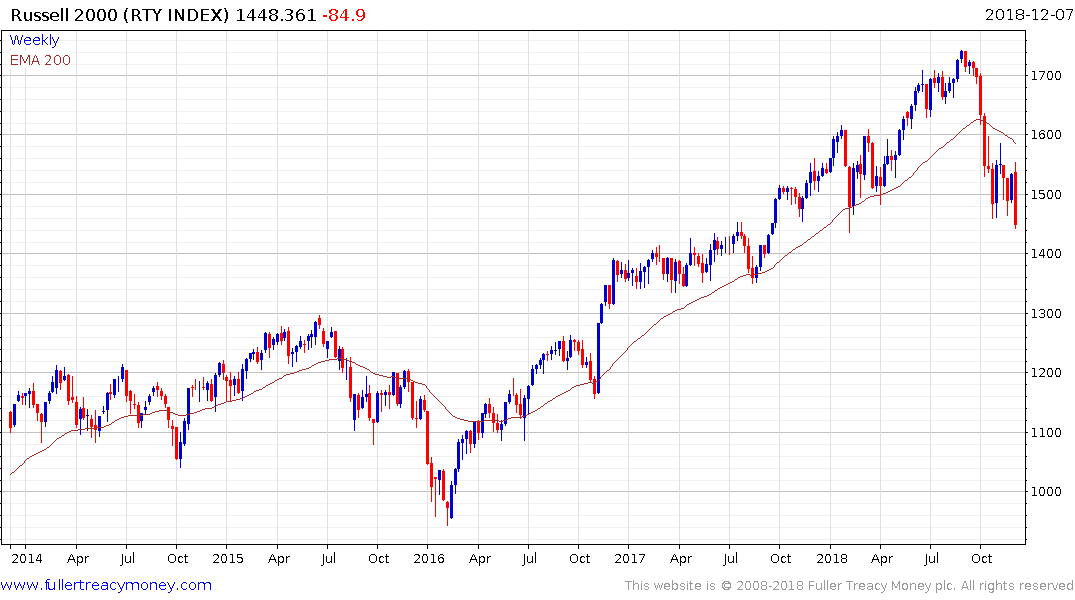 Meanwhile the Russell 2000 which is much more influenced by interest rates than China shares a similar pattern.

These charts suggest more members of the Fed’s board are going to have to come around to Bullard’s way of thinking if they are to stop the rot. 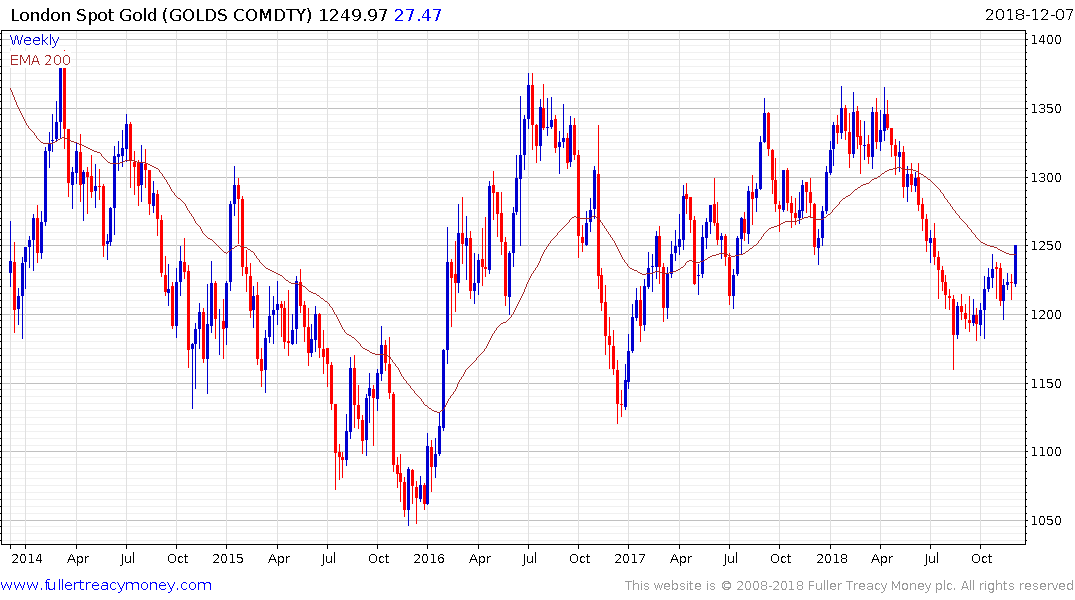 Meanwhile, gold hit a new recovery high today as it tests the region of the trend mean.