America Is Losing Mideast Allies
​Mainstream media are strangely reluctant to report the major changes in the Mideast that are strengthening Iran’s negotiating position relative to its enemies.

According to Yossef Bodansky of GIS/Defense & Foreign, both Saudi Arabia and the United Arab Emirates are engulfed in a major crisis in their relations with the US.

Arab leaders urged America to strike Iran hard in retaliation for shooting down the Global Hawk drone. Trump refused to do that. Both the Saudi crown prince, Mohammed bin Salman (“MBS”) and the crown prince of Abu Dhabi, Mohammed bin Zayed (“MBZ”), considered the last-minute cancellation of the retaliatory strike a personal affront and humiliation.

Both have for a long time suspected that the US has been hiding major matters from them. That got confirmed last month when the US ambassador to Iraq, Matthew Tuellier, publicly admitted: “We have direct communication channels with Tehran.” Bodansky says “both Riyadh and Doha were stunned and humiliated, because the Trump White House did not bother to inform them of the Baghdad back-channel… while pressuring them to avoid all contacts and negotiations with Iran.”

However the deterioration in relations between the US and its anti-Iran allies goes far beyond the current tiff.

The USA was the biggest consumer and importer of oil so it made sense to have a strong relationship with the countries where it was buying oil. Perhaps more correctly it was important to have solid relationships with the biggest producers, so the global market for oil had some stability because oil price spikes cause recessions. That created both a ready market for US debt instruments but also clear rationale for a globally present military force to protect sea lanes.

Today, the USA is the second biggest consumer but is also an exporter. The country is just about energy independent and is awash in natural gas. Simultaneously, technological innovation is both improving oil and gas recovery techniques while also delivering batteries that can keep a car on the road for over a million miles. The USA still has a vested interest in a stable oil market but not the rationale is from a producer rather than a consumer’s perspective.

Since the country no longer has to worry about a blockade disrupting its domestic market but rather interrupting exports the rationale for sustaining Middle Eastern stability is less compelling. China on the other hand relies heavily on the Middle East for its oil imports and is nowhere near energy independence. The country hosts some of the world’s largest share reserves but they are highly fractured and situated in very mountainous terrain which makes recovery challenging to say the least. Coupled with earthquake risk in southwest China it is unlikely China is going to be energy independent any time soon. That suggests it is in the interests of the GCC to build closer relations with their biggest customer. Eventually that will have a meaningful effect on demand for US Treasuries but with the US becoming the global swing producer it is less of a threat to US Dollar hegemony in my view. 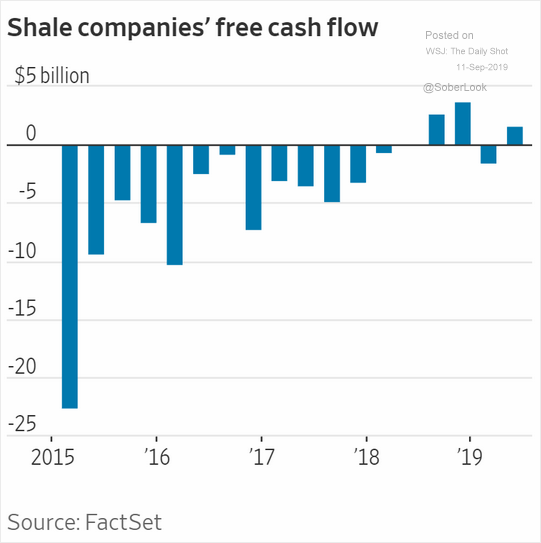 The shale sector has been focusing on generating cashflows in order to demonstrate the companies are in fact capable of turning a profit. That is now clearly evident but $50 is probably the breakeven for US production. With John Bolton's exit from the US government the likelihood of some form of rapprochement with Iran has incresaed and that suggests oil prices are likely to continue on their downward trajectory. 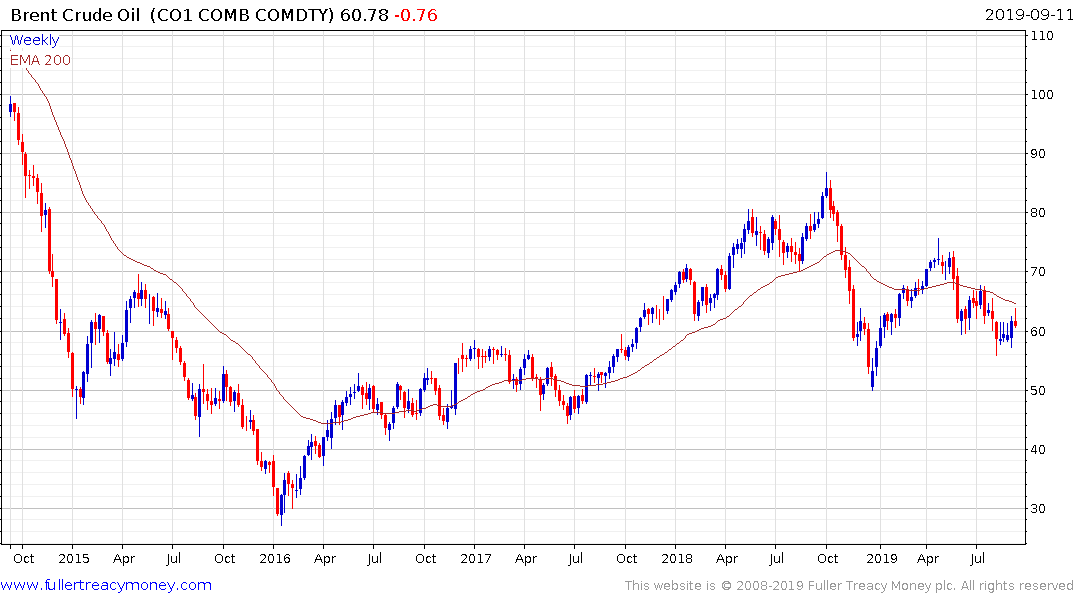