The price on the futures contract for West Texas crude that is due to expire Tuesday fell into negative territory -- minus $37.63 a barrel. That’s right, sellers were actually paying buyers to take the stuff off their hands. The reason: with the pandemic bringing the economy to a standstill, there is so much unused oil sloshing around that American energy companies have run out of room to store it. And if there’s no place to put the oil, no one wants a crude contract that is about to come due.

Underscoring just how acute the concern over the lack of storage is, the price on the futures contract due a month later settled at $20.43 per barrel. That gap between the two contracts is by far the biggest ever.

“The May crude oil contract is going out not with a whimper, but a primal scream,” said Daniel Yergin, a Pulitzer Prize-winning oil historian and vice chairman of IHS Markit Ltd.

The May contract expires tomorrow and as of today was still trading 108,593 contracts that will need to roll or be delivered. That’s going to result in massive trading losses for anyone looking to roll and the incredible decline today suggests a surge for the exits among traders. 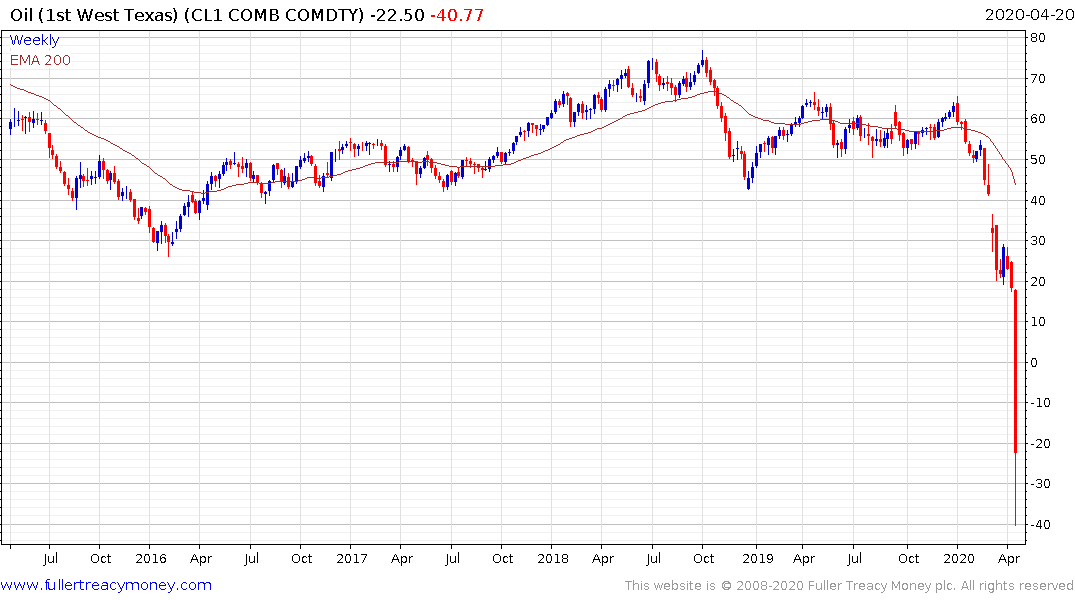 When the contract rolls tomorrow, the price will shoot back up into positive territory and will create a clear spike in the continuation chart. This virtually ensures smaller producers are going to be forced out of business and the storage shortage is likely to persist as long as the lockdowns remain in place or until supply subsides. The lack of storage for US crude oil is a vestige of the long history of being an energy importer where deficits prevailed. Today, the US is swimming in oil but there it will be years before it has ample storage capacity to deal with surpluses. 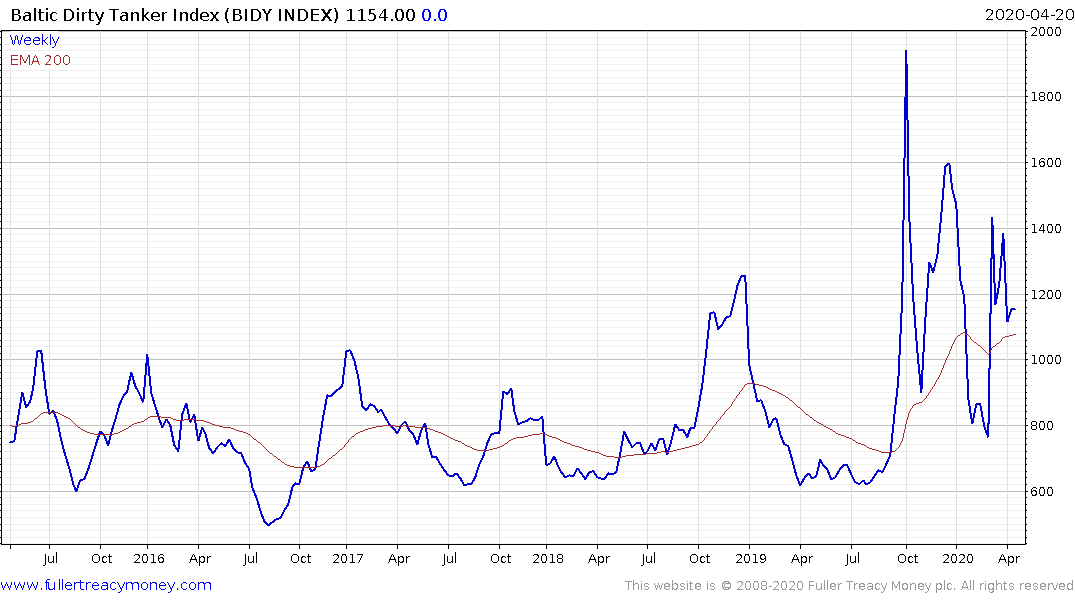 The Baltic Dirty Tanker Index has first step above the base characteristics. 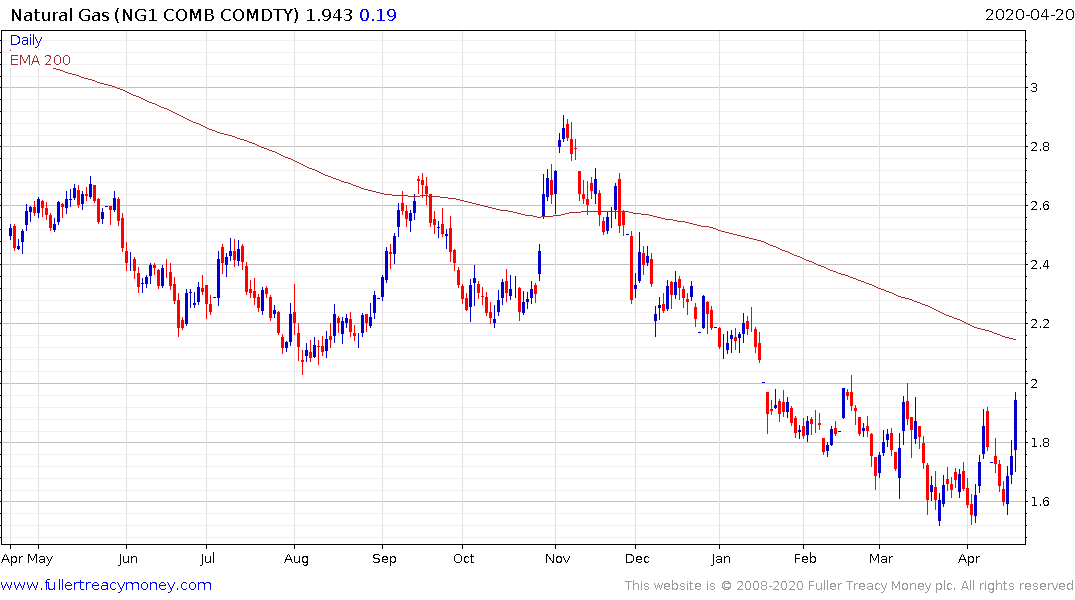