Oatly Group AB, the vegan food and drink maker, has filed for a U.S. initial public offering.
The Malmo, Sweden-based company, in a filing Monday with the U.S. Securities and Exchange Commission, listed an IPO size of $100 million, a placeholder that will likely change.

Oatly has spent a great deal of money already on getting into supermarkets and cafes. That begs the question where the additional money from an IPO will be spent? Perhaps it will simply compensate the initial backers as they transfer ownership before it eventually goes bust. There is certainly an increasingly active health food market but Oatly does not own a patent on producing oat milk. Competition is inevitable and will be expensive to fend off. 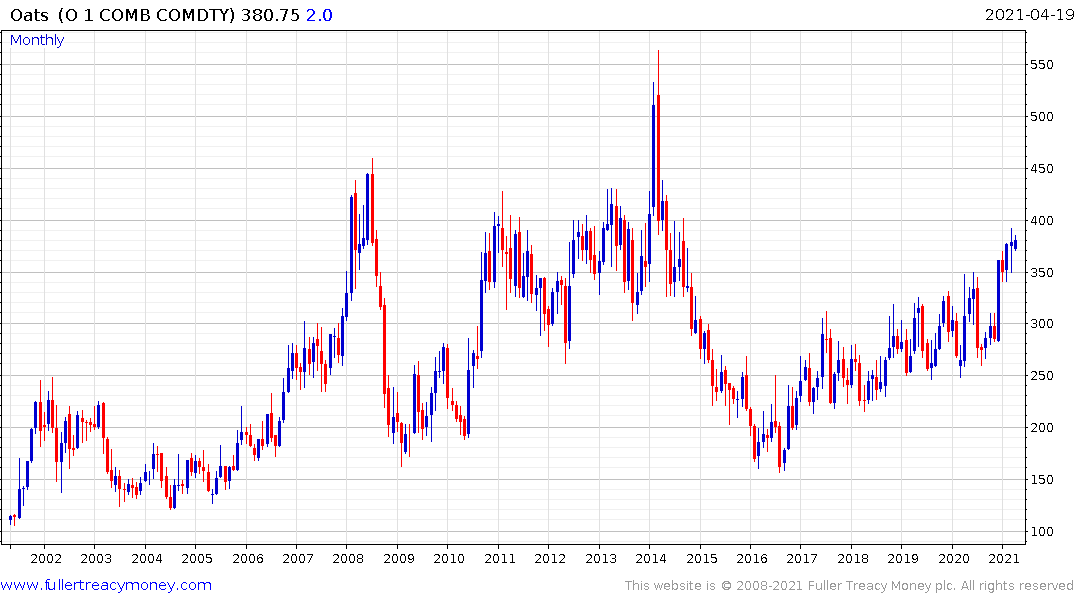 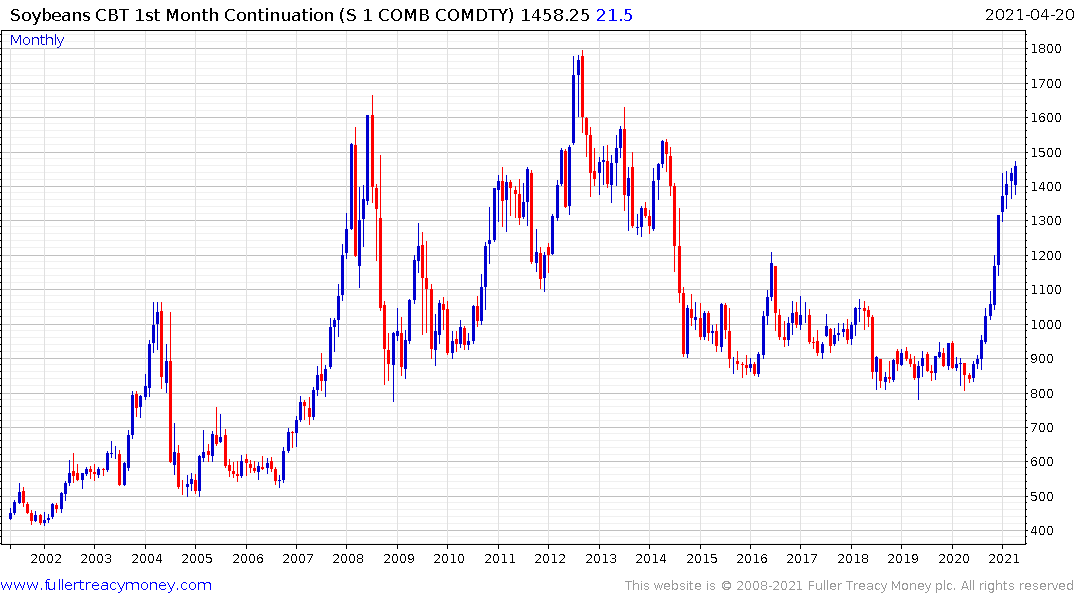 The price of oats continues to trend higher and the chart bears a striking similarity to soybeans which is now also in the region of its peaks. 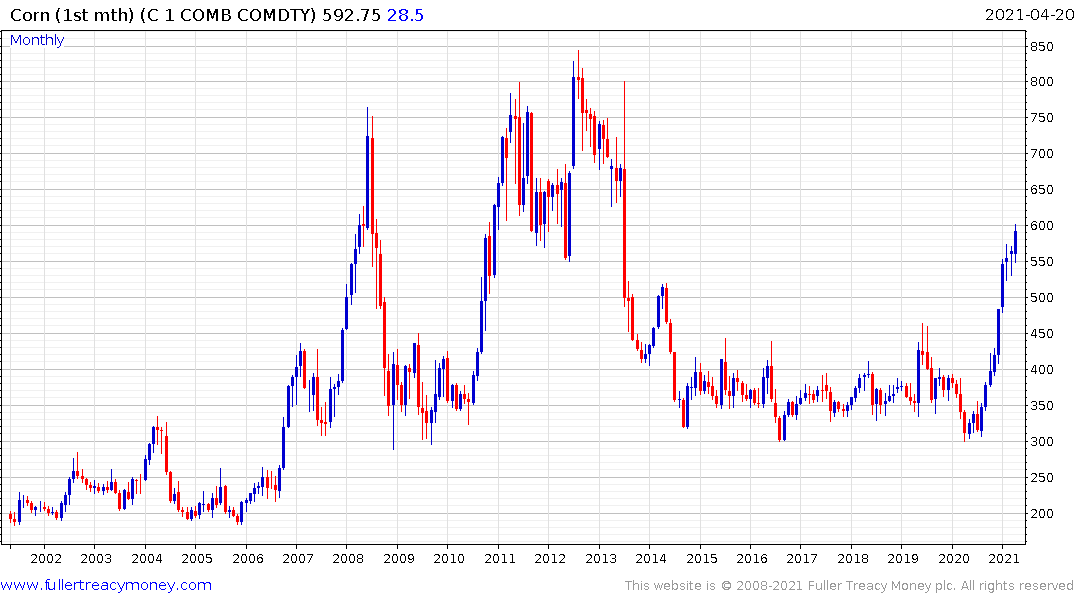 Corn continues to extend its breakout from a well-defined seven-year base formation and broke out of a short-term range this week. 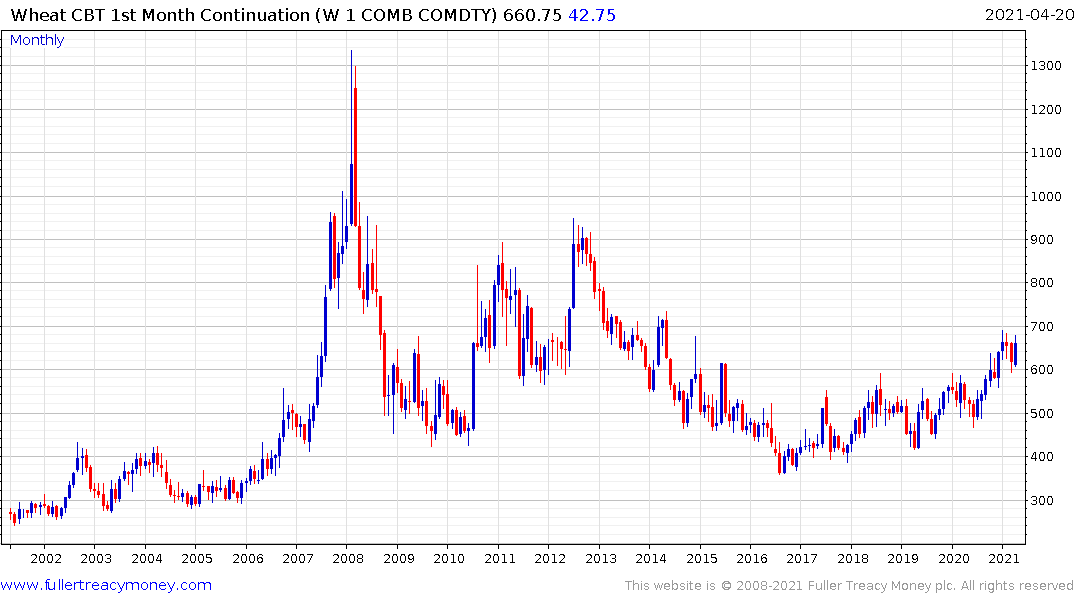 Wheat has lagged the other grains but the chart continues to exhibit a rounding characteristic consistent with accumulation. It continues to bounce from the region of the trend mean.

The lack of interest in the agriculture stocks sector resulted in the Global X Fertiliser/Potash ETF (SOIL) being liquidated in August just in time for the beginning of the recovery. Also see Comment of the Day on October 2nd 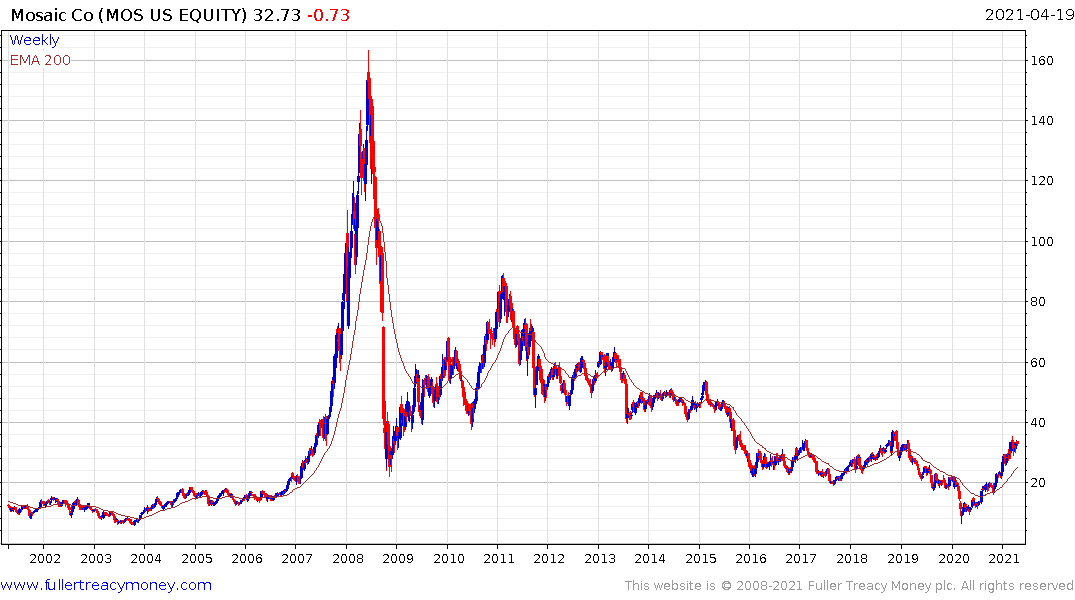 Mosaic has rebounded to test the decade-long sequence of lower rally highs. Some consolidation in this area would be unsurprising but a sustained move below the trend mean would be required to question the recovery hypothesis. 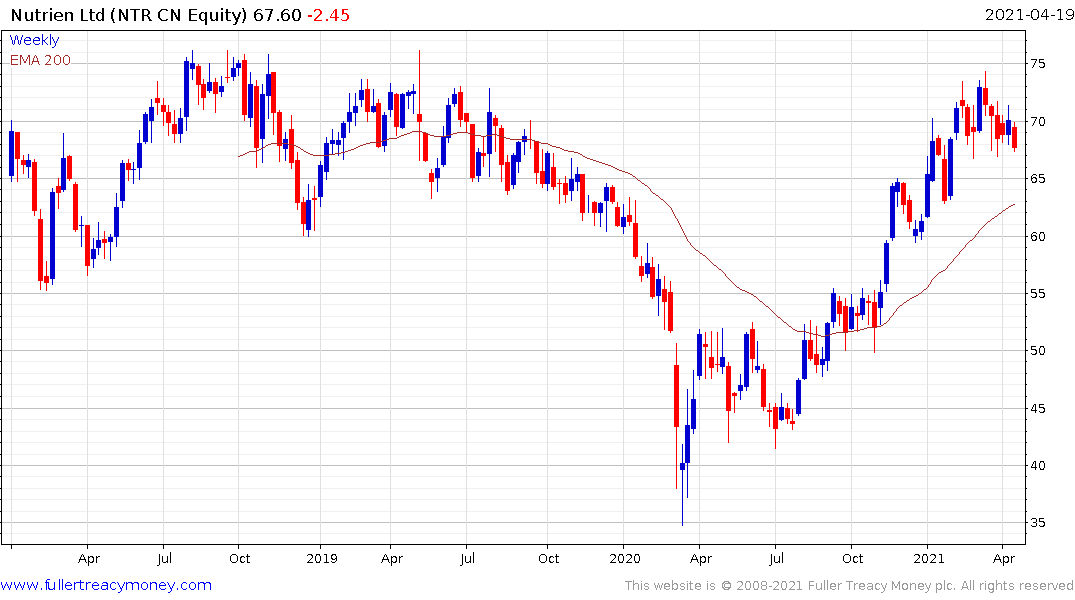 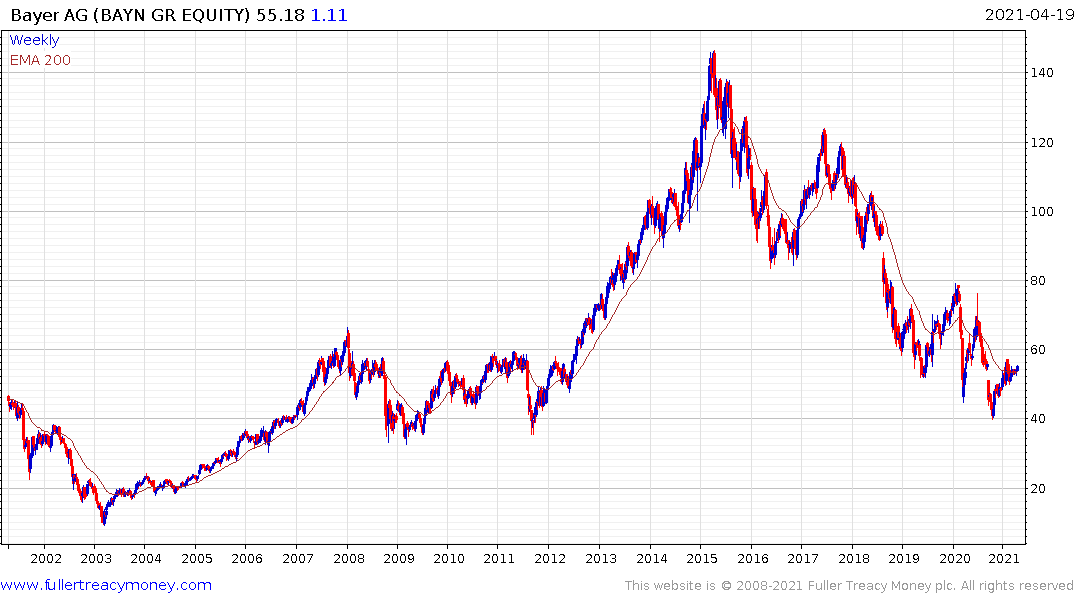 Bayer is pausing in the region of the trend mean and will need to sustain a move above €55 to confirm a return to medium-term demand dominance. 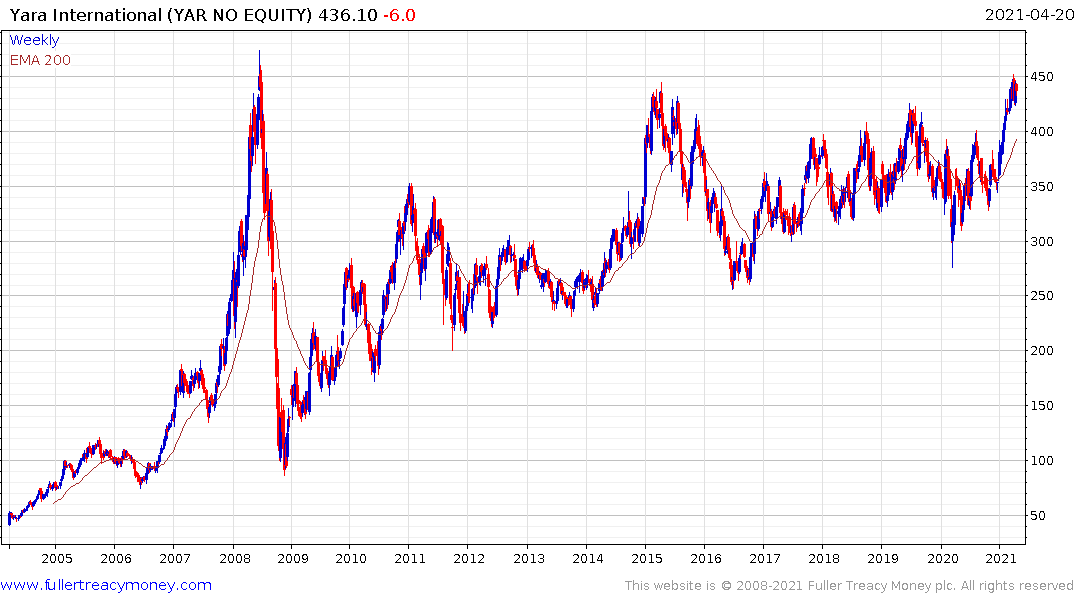 Yara International is currently pausing in the region of its 2015 and 2008 peaks.