Imports were bolstered by large capital item purchases with transport equipment jumping 591 per cent from the same month the previous year to $614 million, including an aircraft from the US. Car imports gained 31 per cent to $371 million, with a boost from Japanese car arrivals, Statistics NZ said. ​ China remained the country's largest trading partner although New Zealand slipped into a trade deficit with Asia's largest economy, from a small surplus in September a year earlier. Chinese imports rose 9.6 per cent in the month from a year earlier to $865 million, while New Zealand's exports to the country declined 30 per cent to $568 million, as the difference in dairy prices weighed on the value of the country's exports.

The New Zealand economy has come through the financial crisis and the Christchurch earthquake in robust fashion, bolstered by exports of food and building materials to a growing Asian market. However the doubling of the Kiwi Dollar against the US Dollar from 2001 has been an impediment to the competitiveness of exports. This was less of an issue when the Euro was relatively firm but its recent weakness represents a challenge for New Zealand’s milk operations not least as the Eurozone’s milk quota scheme expires at the end of this year. 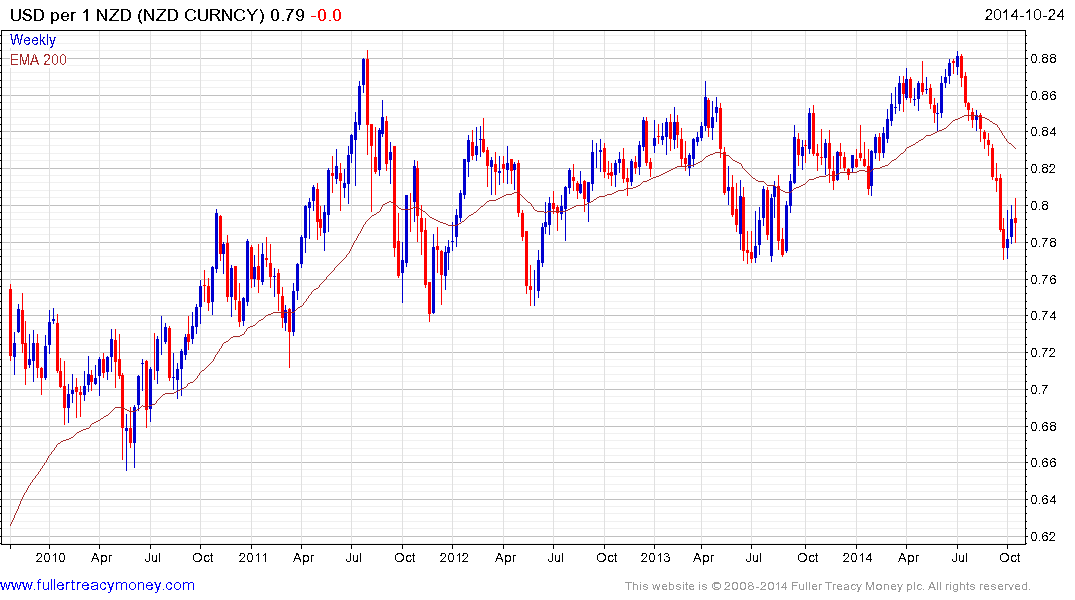 This is at least part of the reason the central bank has taken a more activist role in combatting the strength of the currency over the last few months. The Kiwi lost momentum from 2011 and failed at the 88¢ again in July. It has returned to test the region of the medium-term progression of higher reaction lows and will need to hold the 77¢ to offset Type-3 top formation characteristics. 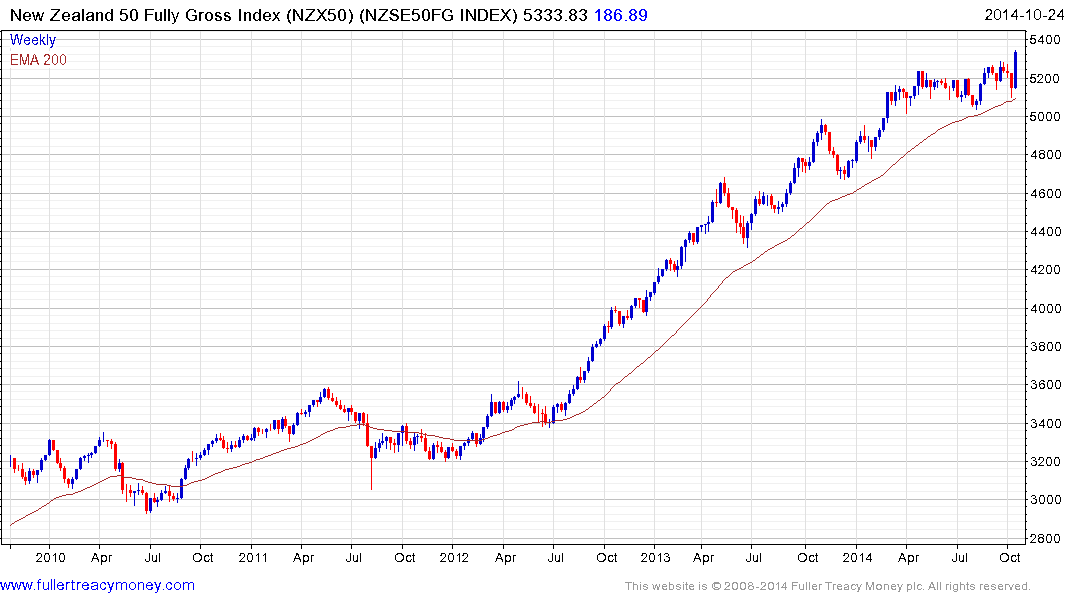 Against a background of a weakening currency, the stock market with its globally competitive yields is outperforming. The NZSE 50 Fully Gross Index (P/E 15.65, DY 4.69% found support in the region of the 200-day MA last week and broke out to new all-time highs this week. 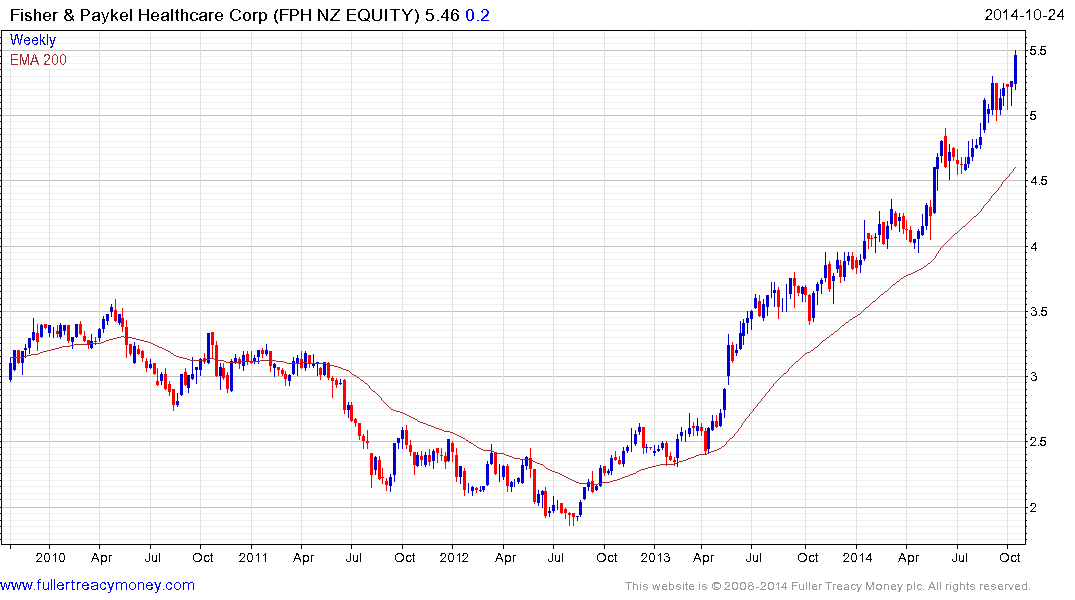 The healthcare sector remains a clear leader but a number of the main shares such as Fisher & Paykel Healthcare are becoming increasingly overextended while Ryman Healthcare has rolled over. 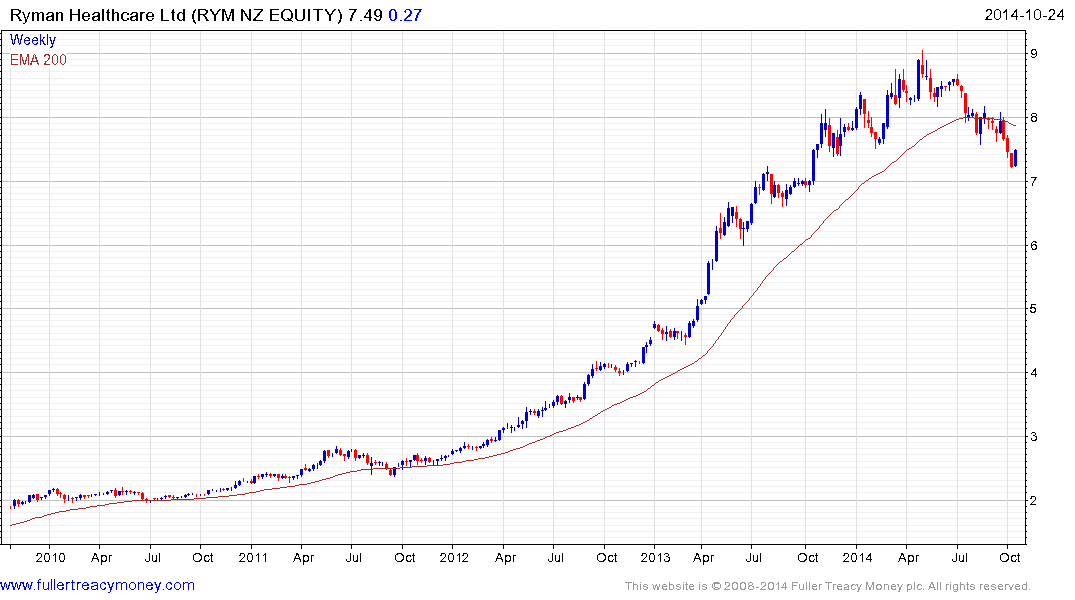 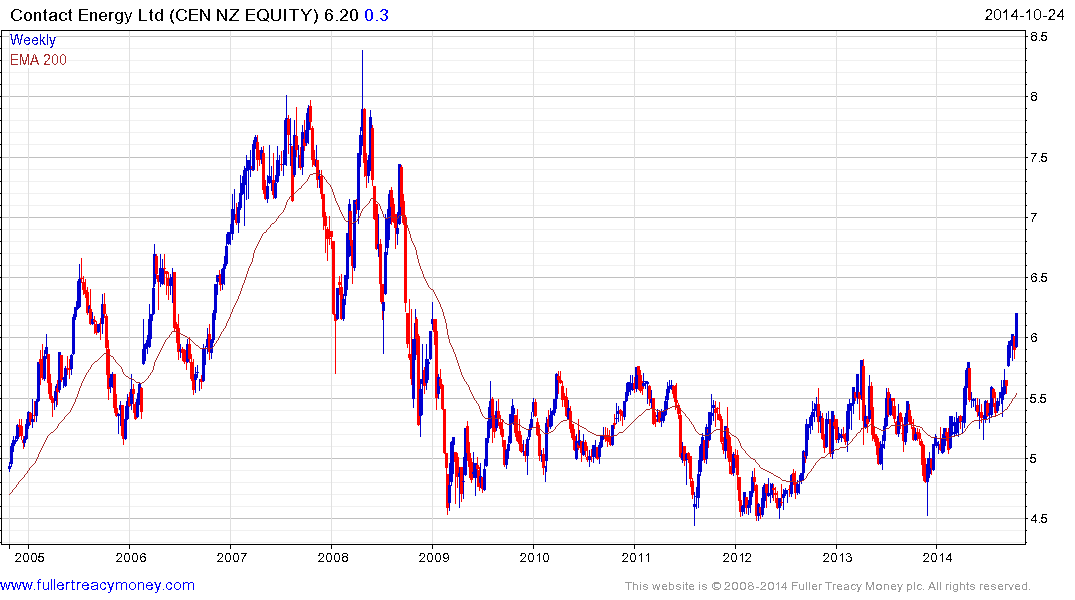 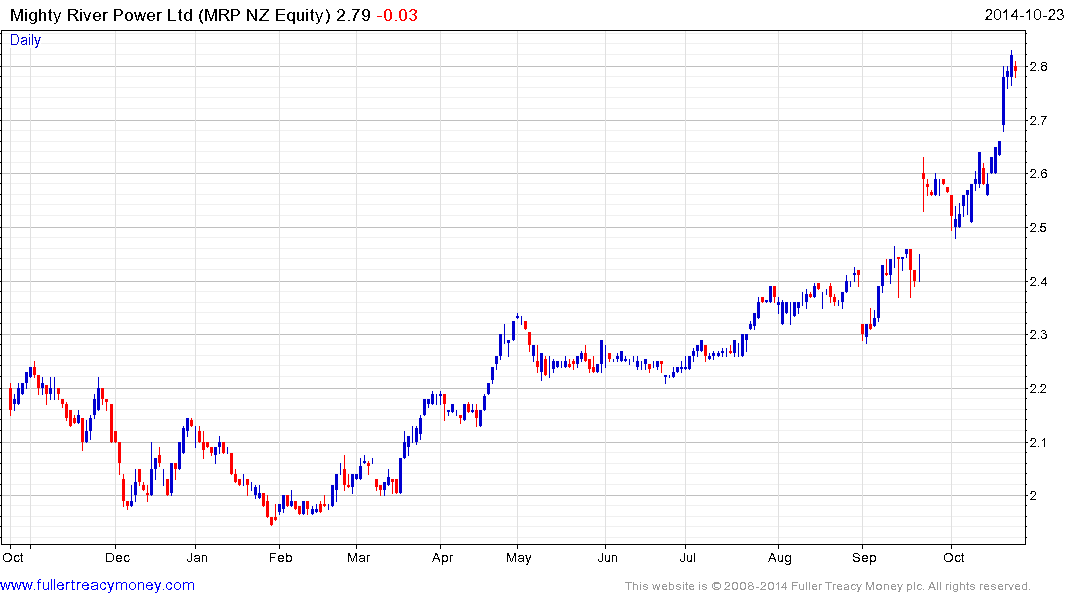