“Most of the large companies are taking significant steps to broaden and audit their use of encryption,” Henninger said in a phone interview. He questioned whether the technology is practical for widespread use, given that some services can be difficult to use.

Verizon provides managed security services to companies, which include monitoring networks and data for hacking threats.

The company views its ability to monitor global Internet traffic as an advantage to offer customers the latest threat intelligence, Schwartz said.

“We sit on a fairly significant portion of the world’s Internet traffic,” he said. “The Internet is a living body of activity that we are constantly examining.”

In an era where an increasing number of people seem totally at ease with sharing the entire details of their personal lives with the whole world, those who seek privacy are often looked on with suspicion. However, a countermanding argument is that in an age where every piece of information is now also a piece of digital data,  the need for security has never been more important. 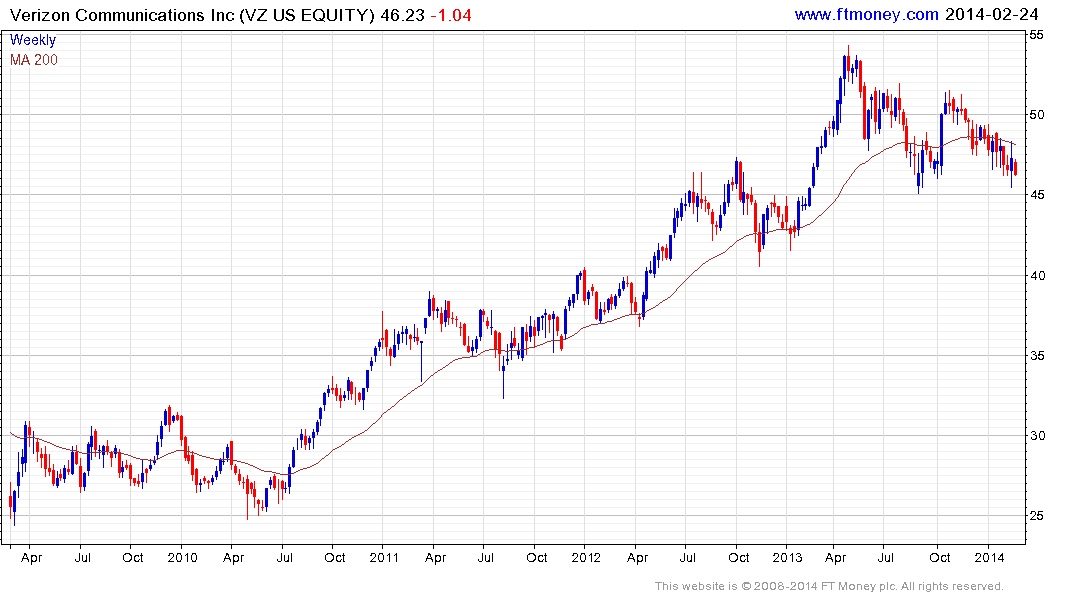 As a major purveyor of broadband access, Verizon (Est P/E 13.33 DY 4.55%) is not normally associated with the security sector. However it makes sense that since it acts as the host for many communications that it should play a role in ensuring greater privacy. The share has lost momentum following an impressive three-year advance and is currently testing the September lows near $45. While its attractive valuations should act as a cushion, it will need to hold above the recent lows in order to rebuild investor confidence. 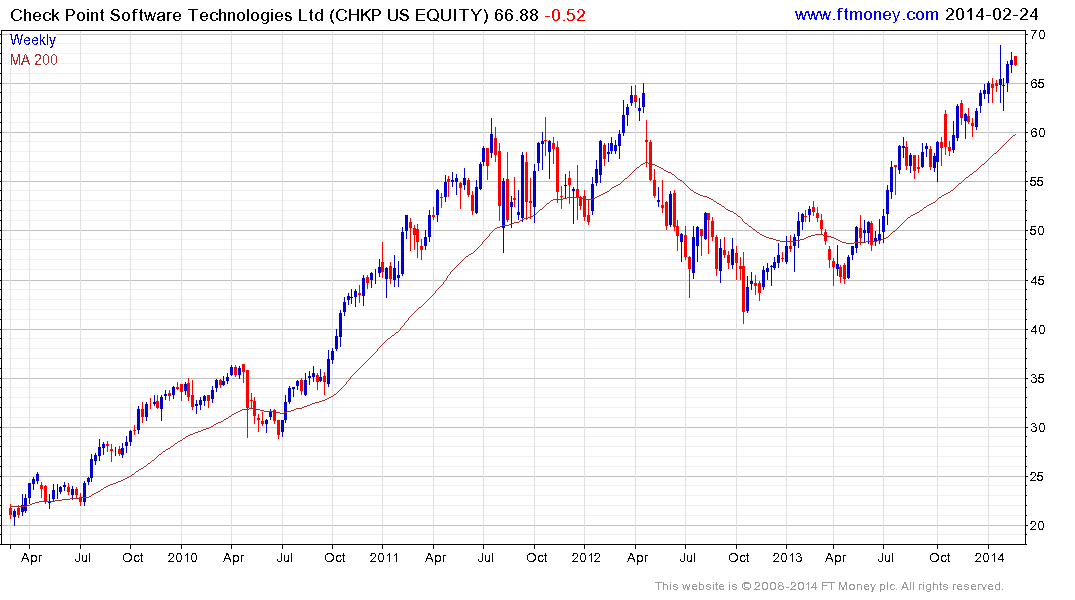 Check Point Software hit a medium-term peak in 2012 and pulled back sharply, to find support near $40. It has held a progression of higher reaction lows for more than a year and broke out to new recovery highs in January. While somewhat overbought in the short term, a sustained move below $60 would be required to question medium-term upside potential 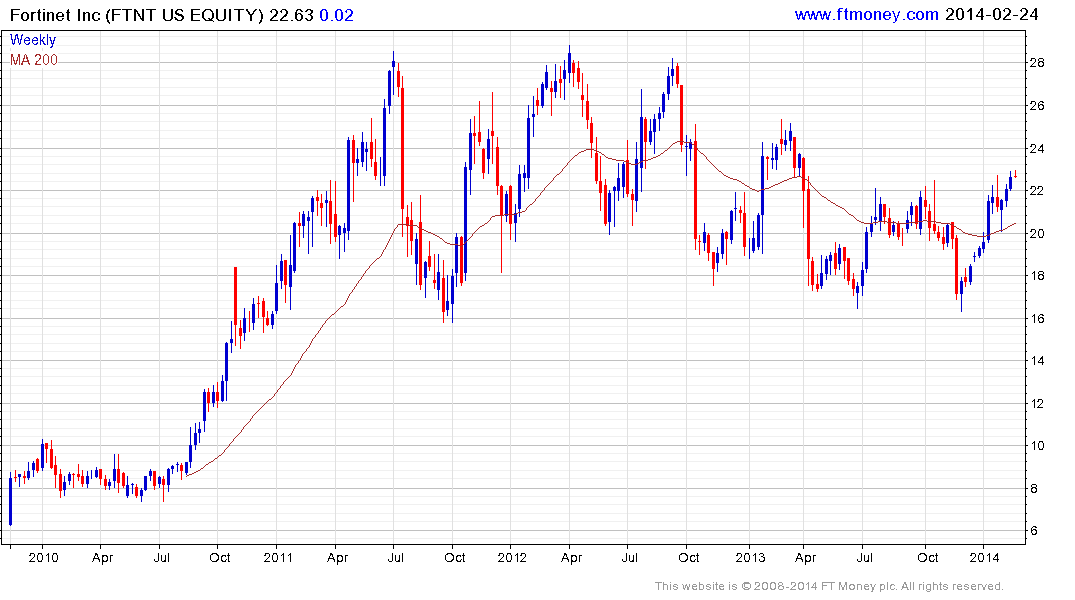 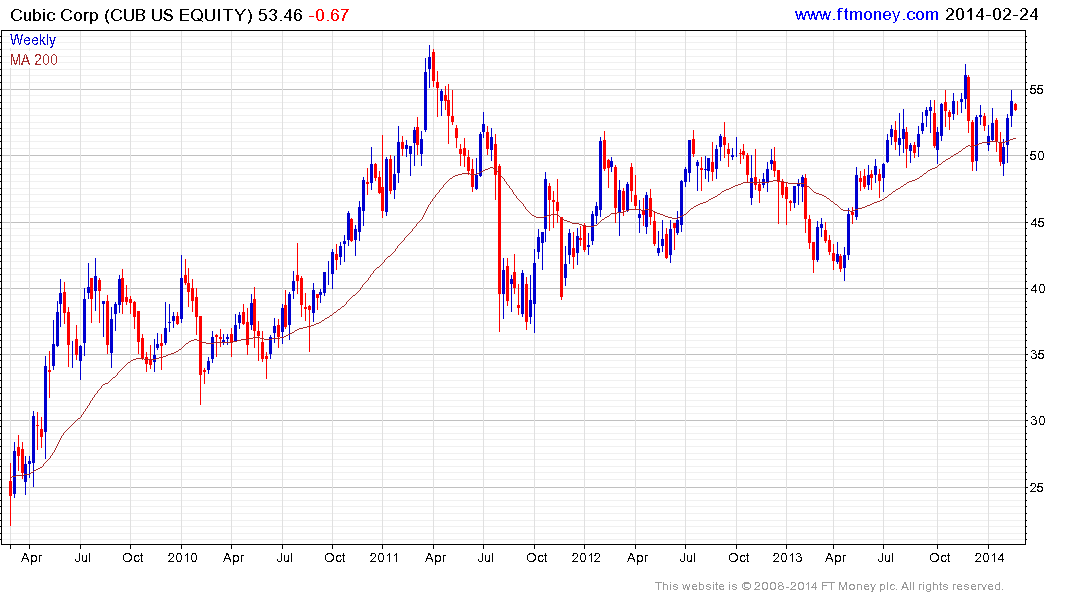 Cubic Corp has been ranging between $50 and $55 for almost a year but a sustained move below the January lows would be required to question medium-term scope for a successful upward break. 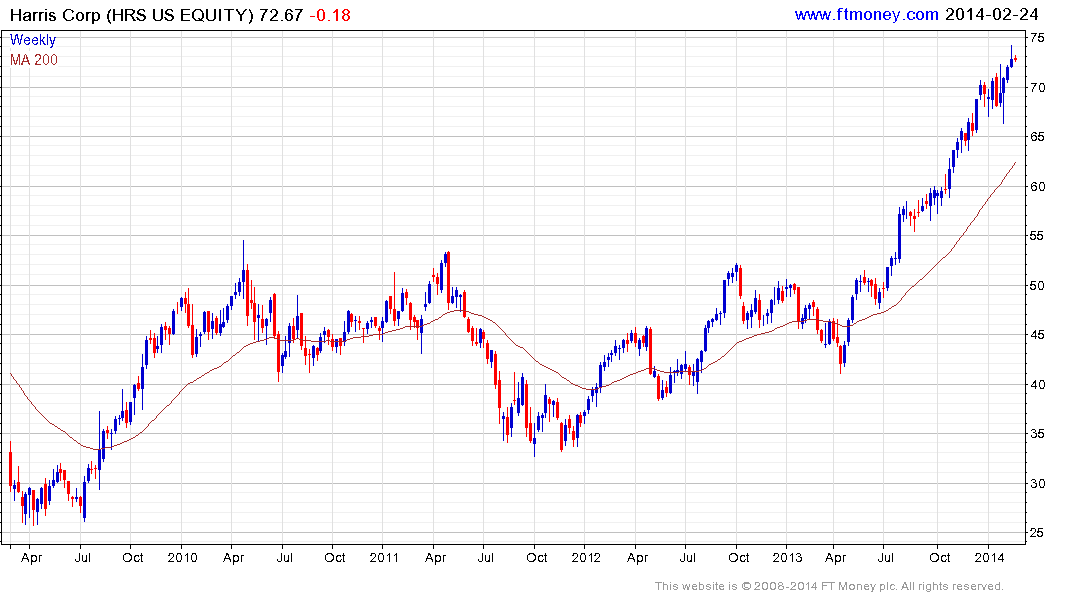 Harris Corp continues to extend its breakout from a lengthy period of consolidation. 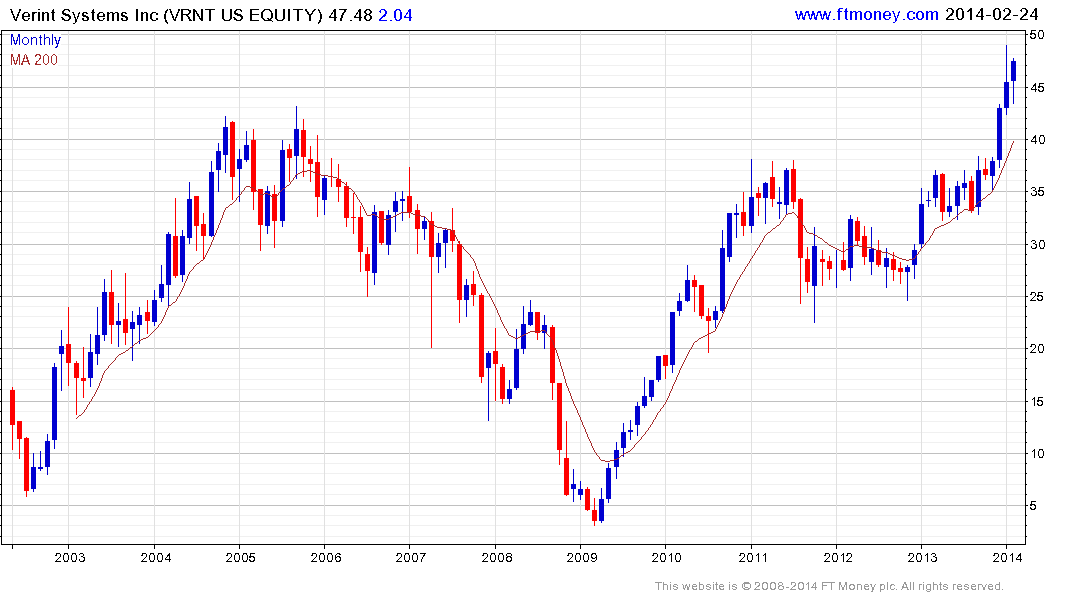 Verint Systems represents the security division of what was previously Comverse Technologies. The share consolidated in the region of the previous peak from 2011 and broke out to new highs in January. A sustained move below $40 would be required to question medium-term potential for additional upside. 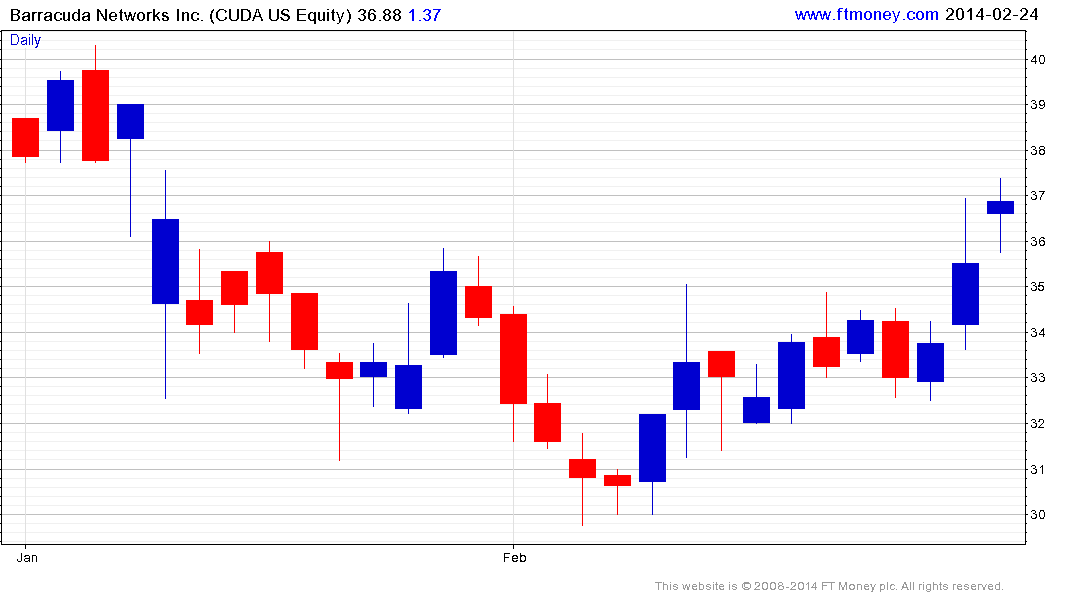 Among recent IPOs Barracuda Networks has now broken the progression of lower rally highs evident since its debut while Fireeye is testing the upper side of a one-month range. 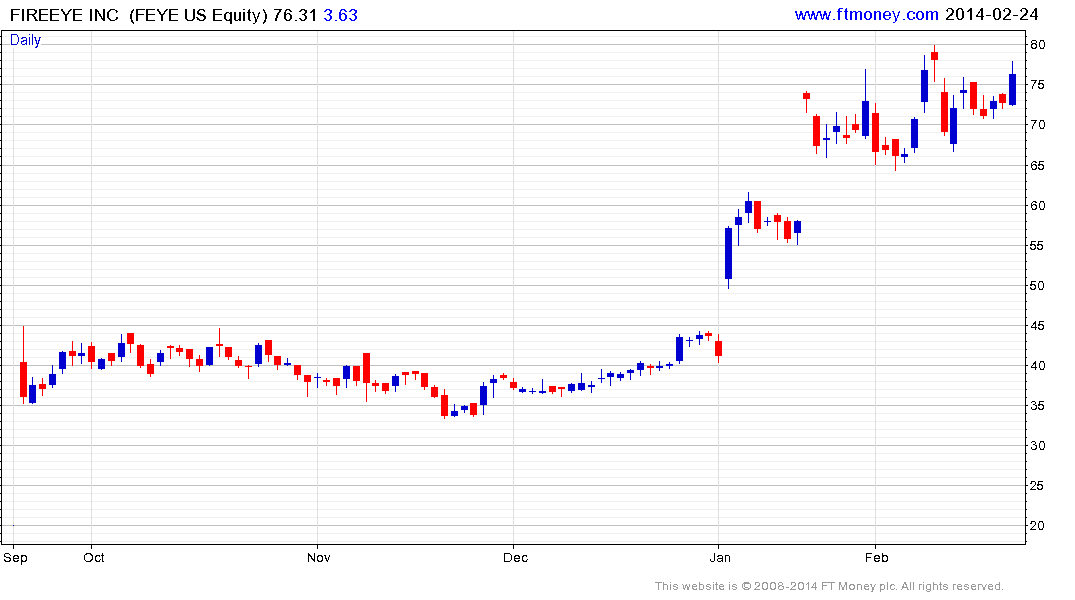