Now what? Gold correction or top?
Comment of the Day

Now what? Gold correction or top? by Eoin Treacy

As we have frequently noted (see our most recent note here), we continue to see rising inflation expectations as the key near-term driver for gold prices in this environment. And with the US 10-year breakeven rate at ~1.6%, we believe the Fed will continue to keep its foot on the gas until it can achieve a sustained ~2% inflation rate and its other mandate of full employment (LT neutral unemployment rate of ~4%) with rates to near zero through 2022 and continued QE.

Implications from previous one-day selloffs in gold - There have been 10 one-day selloffs of ~5% or more over the past 20 years with yesterday being the 5th worst. As we show in Figures 4-7, all 10 selloffs have coincided with periods of falling inflation expectations with the exception of yesterday. Five occurred in periods in 2006 and 2013 with inflation receding from above-target levels. Four occurred amid deflationary fears during the global financial crisis in late 2008. As we've noted, inflation expectations haven't shown any signs of breaking down (Figure 1), and we believe the Fed is likely to step in if it did.

What we're watching for if we're wrong: Risks to the gold price from here, beyond a price correction, would be a negative reversal in inflation expectations (similar to March 2020) or sustained strength in either the US dollar or real interest rates.

I continue to think about my coffee cup analogy for inflation. When the cup is half full you need to stir quite quickly to get the level of liquid up towards brim without spilling over. When stirring slows down, the only way to maintain the level is to add more liquid. When stirring picks up again you had better siphon some of the liquid out or it will spill messily over the edges.

Velocity of money collapsed in the 2nd quarter but global PMI indices are recovering. The Fed has stopped increasing the size of its balance sheet in response. They are not actively siphoning funds out because they are worried the rising number of COVID-19 cases will dampen down economic activity. They are also worried about the number of cases trending higher more quickly when the weather gets worse and more people have to stay inside. 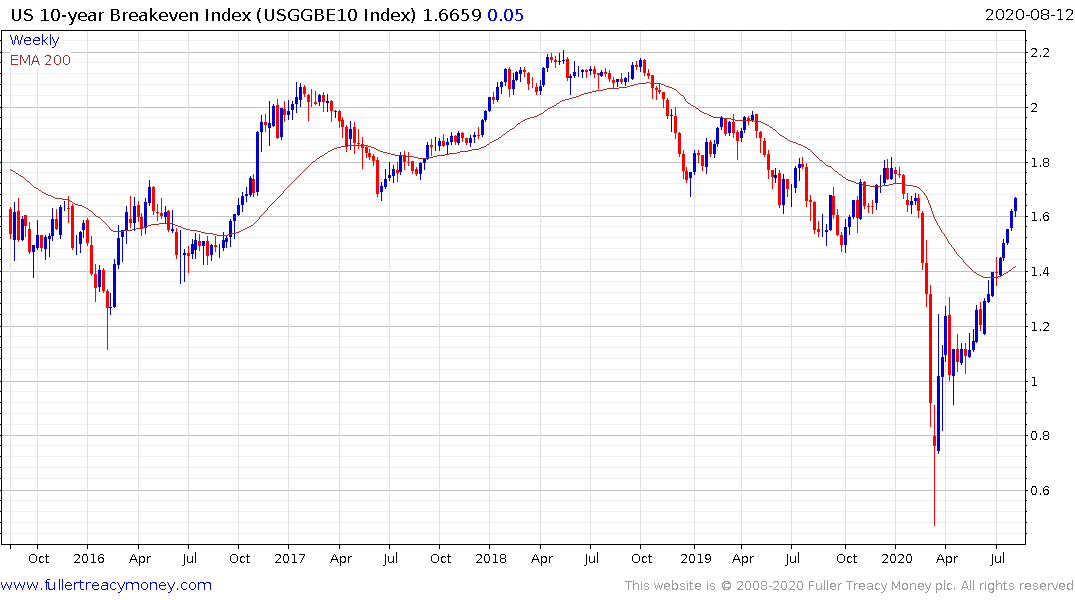 Leaving excess liquidity in the market when velocity of money is recovering is directly inflationary. Consumer demand has been artificially supported by the stimulus checks so the Fed is betting that any inflationary pressures will be transitory but betting on continued economic weakness when you are already doing everything possible to stimulate is not a sound set of policies. That is the primary reason inflation breakevens continue to trend higher; hitting a new recovery high again today. 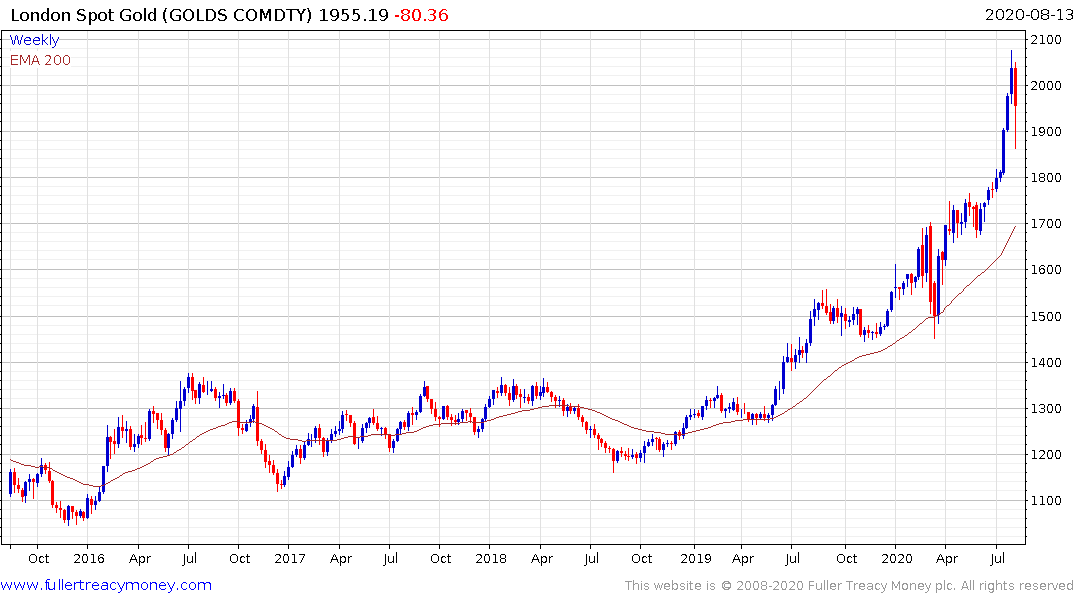 This activity has helped to support gold over the last two sessions as it continues to steady around $1900. Nevertheless, the price action continues to point towards a period of consolidation that will at least partially unwind the overextension relative to the trend mean. 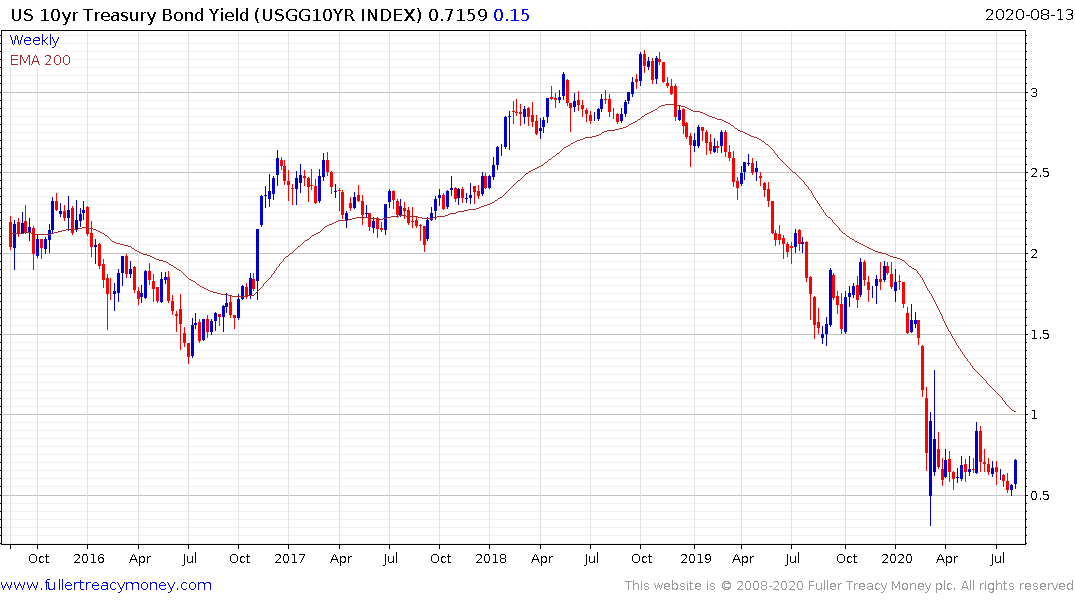 Treasury yields have done nothing but rise since the US government announced it is stretching maturities by issuing more long-term debt. That suggests bond investors are just beginning to demand an additional yield buffer for accepting devaluation risk. It’s the primary reason gold is now competing with bonds as a hedge against both inflation and devaluation.