Nornickel Resumes Ore Mining at Taimyrsky Mine
Comment of the Day

Nornickel Resumes Ore Mining at Taimyrsky Mine by Eoin Treacy

World’s largest producer of palladium and high-grade nickel and a major producer of platinum and copper Nornickel announced that on June 1 the company began to gradually restart ore mining at the Taimyrsky underground mine and plans to advance mine’s operations to full capacity in the near future. Currently, the mine has reached a daily mined volume of 5 kt, which is about 40% of the design capacity. The final stage of recovery operations at the Taimyrsky mine of 4.3 million tonne per annum of ore is expected to be fully completed by the end of June.

Norilsk Nickel Senior Vice President Mr Nikolay Utkin said “Water from the horizons of the Taimyrsky mine has been pumped out. Today, our main goal is to reinforce the underground workings to ensure the safety of our employees. We will be gradually scaling up mining as we take these measures. The mine is expected to reach its design capacity of 12,1 kt per day by the end of June 2021.”

The flooding of the Taimyrsky mine was a major support for palladium prices over the last six months. It helped the price reverse a reversion to the mean and trade out to all-time new highs. The recovery in demand from the automotive sector has been an additional factor which allowed the price to steady. 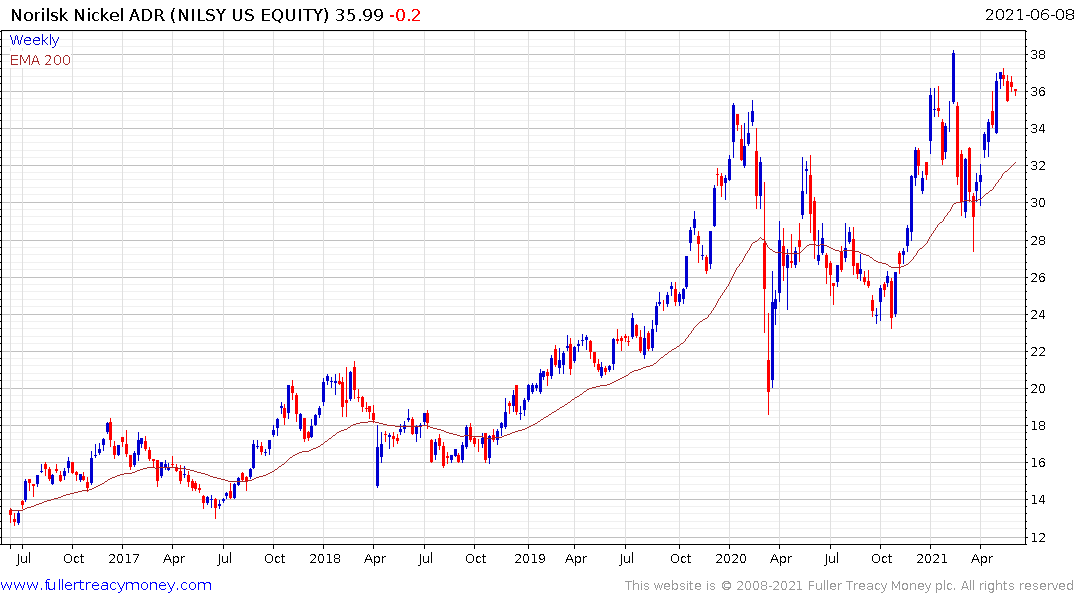 The resumption of mining activity by the end of the month will contribute significant additional supply to the market and the palladium price is beginning to price in that potential with the current consolidation and unwinding of the short-term overbought condition. 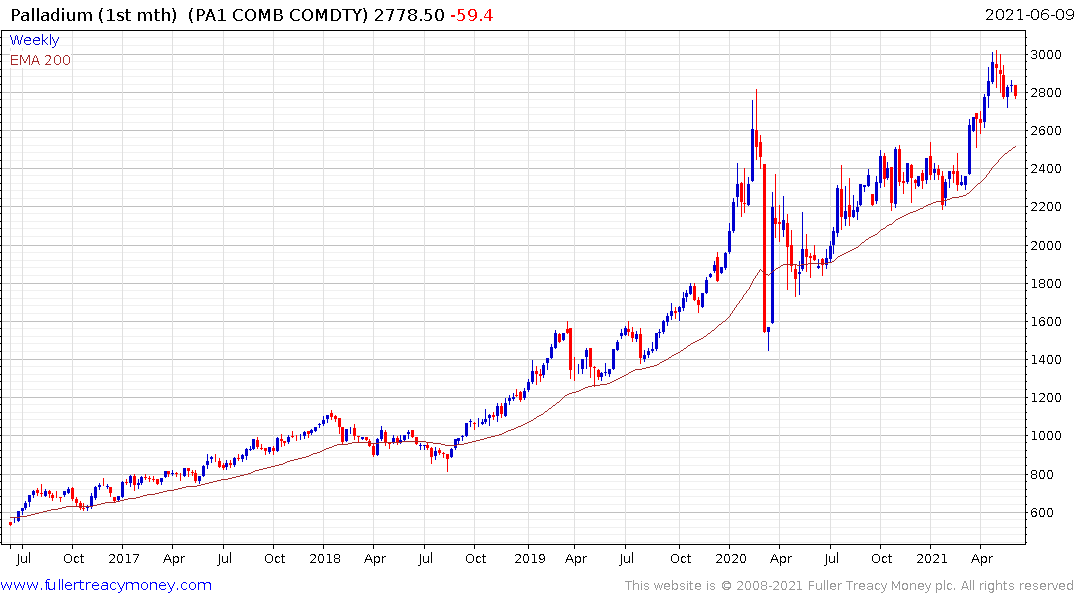 The price was looking toppy in the 1st quarter but the clear upward dynamic March defrayed that risk for at least the near-term. The question now is whether demand can recover enough to absorb the additional supply about to hit the market. At such elevated levels everything has to go right for the current price to be sustained. 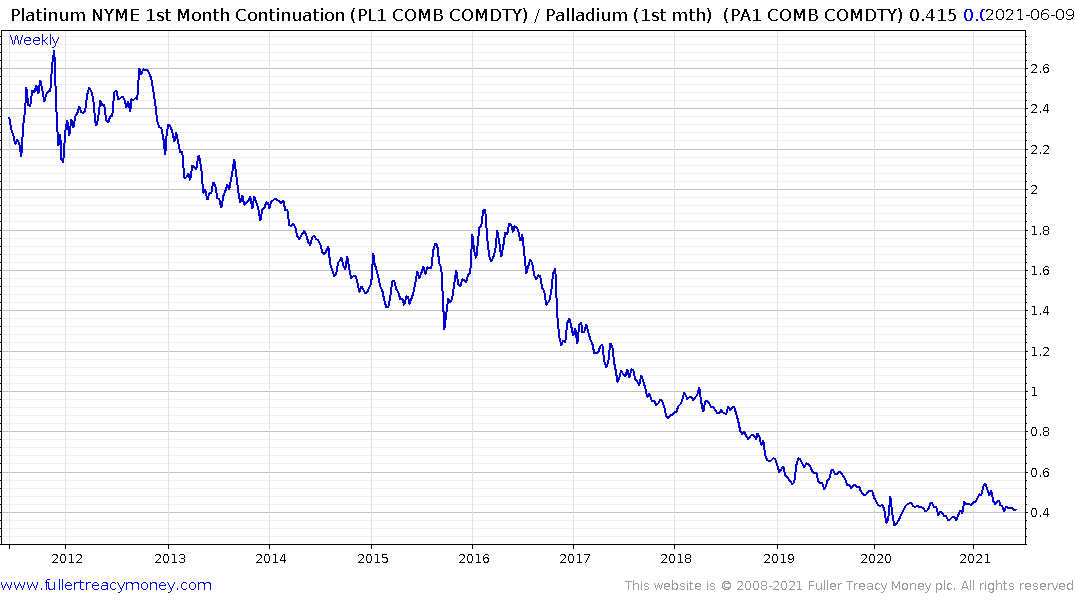 The Platinum/Palladium ratio failed to sustain the breakout in the 1st quarter and has pulled back into the base formation. That has mirrored the correction in the renewable energy sector with everything from wind to solar and hydrogen plays all pulling back to test their 200-day MAs. A recovery in these sectors will likely be required to fuel additional relative demand for platinum over palladium.