The more that markets internalize this shifting monetary policy sentiment inside central banks, the more that they will unwind the policy expectations that fueled several forces acting to invert the U.S. yield curve, including indirect ones such as the enormous pressure on foreign investors to flee negative yields in Europe and Japan and go into longer-dated U.S. bonds. Look for this phenomenon to also maintain the yield spread between German and U.S. bonds at its current lower range despite what will continue to be relative economic outperformance by the U.S.

Just as I argued in March that it was unwise to react to the inversion of the Treasury yield curve with extreme anxiety about a U.S. recession, it would be premature to celebrate the recent partial reversion as an indicator of significant strengthening of U.S. economic prospects. Instead, both are reminders of the extent to which traditional economic signals have been distorted by a prolonged period of extraordinary central bank policies. And they should also been seen as just one of the unusual consequences of a monetary stance that, imposed for several years on central banks by the lack of proper policy action elsewhere, will now see the hoped-for benefits give way to a broadening and deepening recognition of the unintended consequences and collateral risks.

An inverted yield curve has been one of the most readily available lead indicators for a US recession for decades. There is always an argument that this time is different and that it only works for the USA’s economy. It is also worth remembering that no US recession has occurred without an inverted yield curve first but is a very small number of false positives. When considering the history of the measure anyone who is willing to buck the historical trend is betting on the signal giving a false positive. 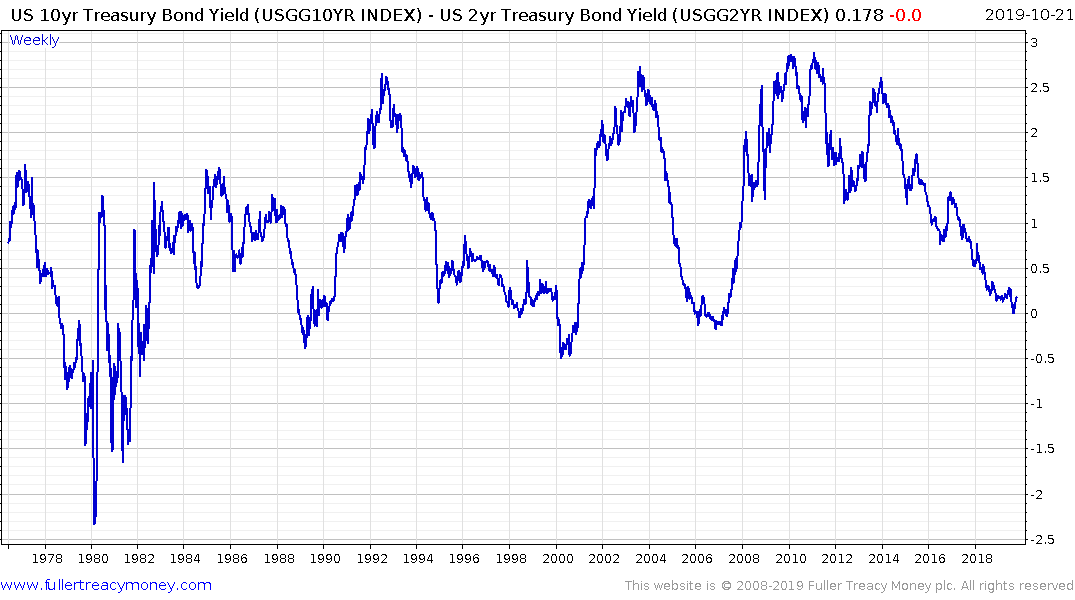 Generally speaking, the inversion is a forerunner for trouble but when the spread is trending higher and surging through 500 basis points that is generally a much more immediate sign of trouble ahead.

Nevertheless, we do live in interesting times and negative yields, quantitative easing and other balance sheet manipulations are all factors we do not have a ready historical precedent for. Therefore, it is logical to not have all of ones’ focus on the yield curve. 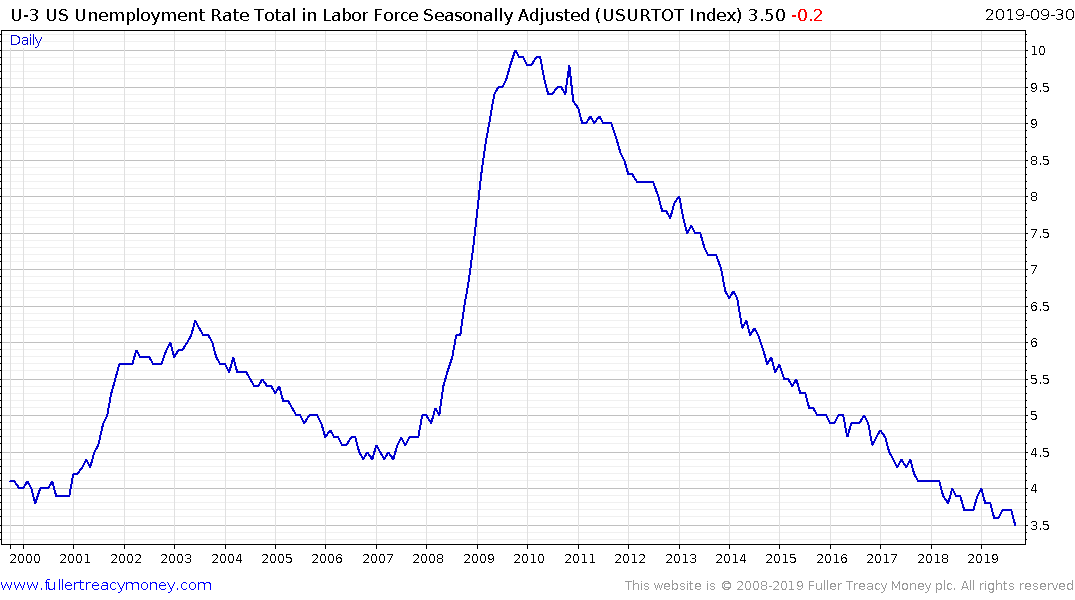 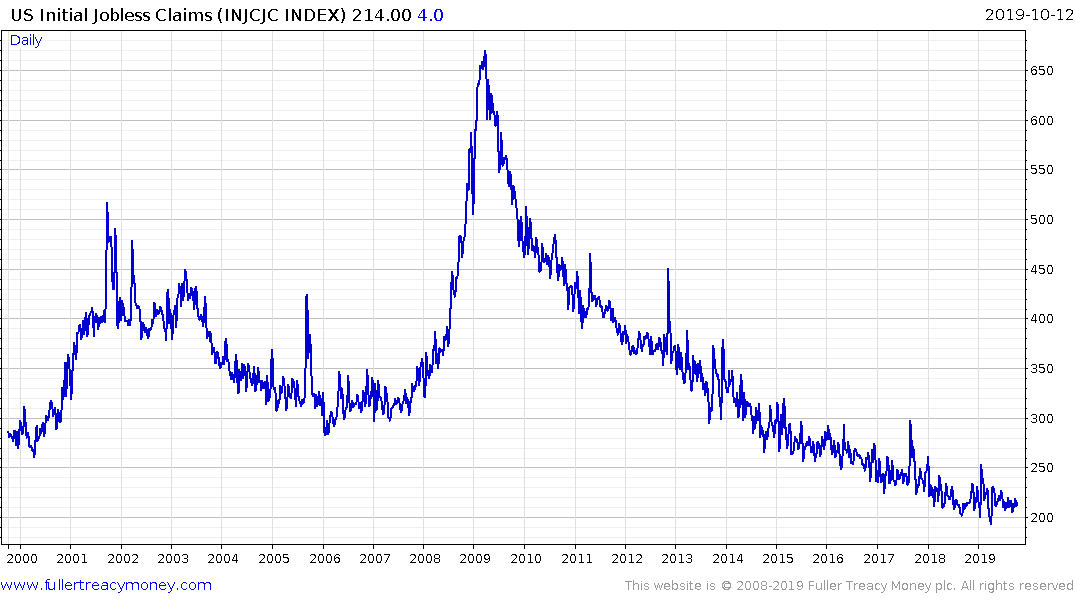 Considering the consumer is the most significant portion of the US economy, it is reasonable to conclude you can’t have a recession without the unemployment rate moving higher. While there has been some moderation in the continuing trend of rising employment, it is not sending alarm signals. 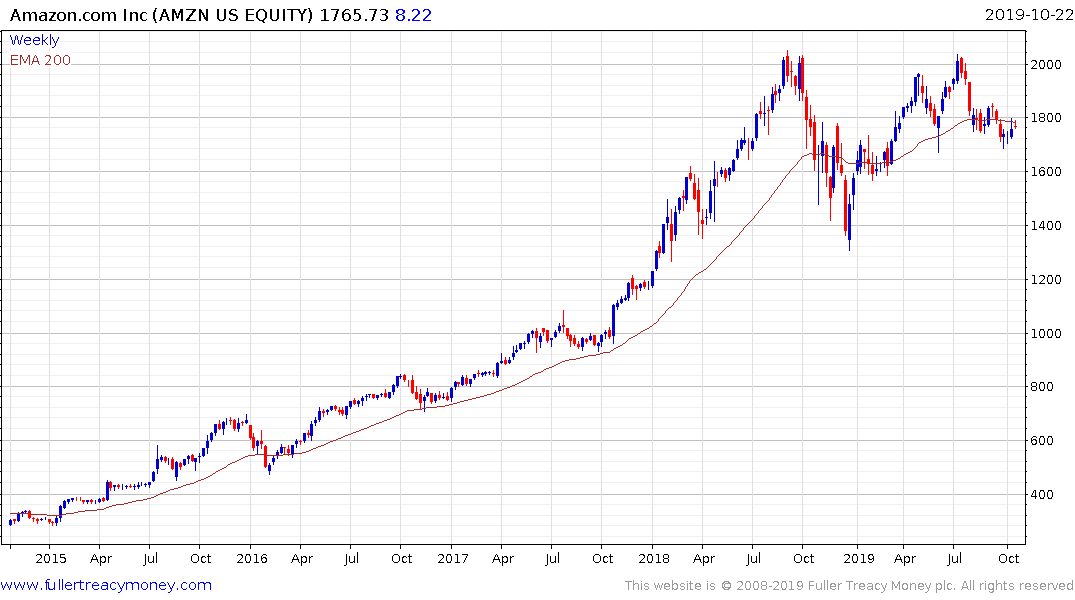 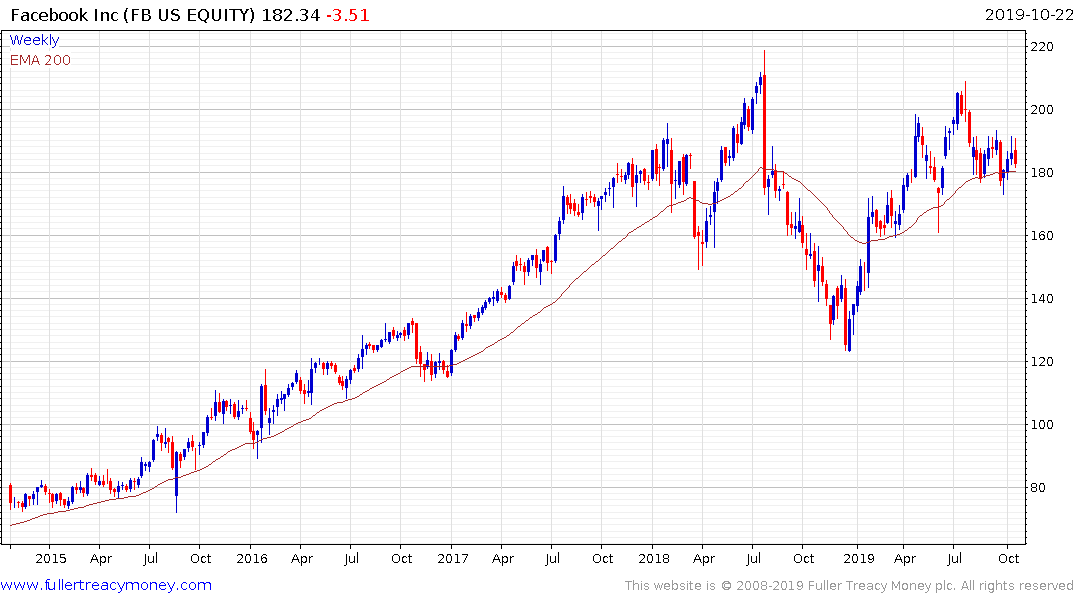 The underperformance of companies like Facebook and Amazon which are almost totally reliant on the health of the consumer is a concern and they need to continue to hold their respective near-term lows if support building is to be given the benefit of the doubt.