OAO GMK Norilsk Nickel, Russia’s largest mining company, may be the least affected among its peers by the Ukraine crisis because of its dominant position in global nickel and palladium supplies and financial strength.

Norilsk’s position is fortified by its 17 percent share of worldwide nickel output and 41 percent of palladium, Dmitry Kolomytsyn, a Moscow-based analyst at Morgan Stanley, said by phone. The metals are priced in dollars, which reached a record high against the ruble today.

“Norilsk is too large a company to be seriously affected by any possible trading sanctions,” said Kolomytsyn. “It has the strongest financial balance, especially after the ruble weakened, with almost all of its revenue coming from exports.”

The U.S. is weighing sanctions against Russia after President Vladimir Putin got lawmakers to rubber-stamp troop deployments. The move prompted U.S. President Barack Obama to protest Putin’s “clear violation” of Ukraine’s sovereignty in a 90-minute call.

Ukraine yesterday mobilized its army as gunmen surrounded military installations in Crimea. The Black Sea region, where Russian speakers comprise the majority, has become the focal point of Ukraine’s crisis after an uprising that triggered last month’s overthrow of President Viktor Yanukovych.

Russian equities pulled back sharply over the last week as political tensions rose and bounced today with at least a temporary easing of those tensions. It is therefore notable that not all Russian equities were equally affected. 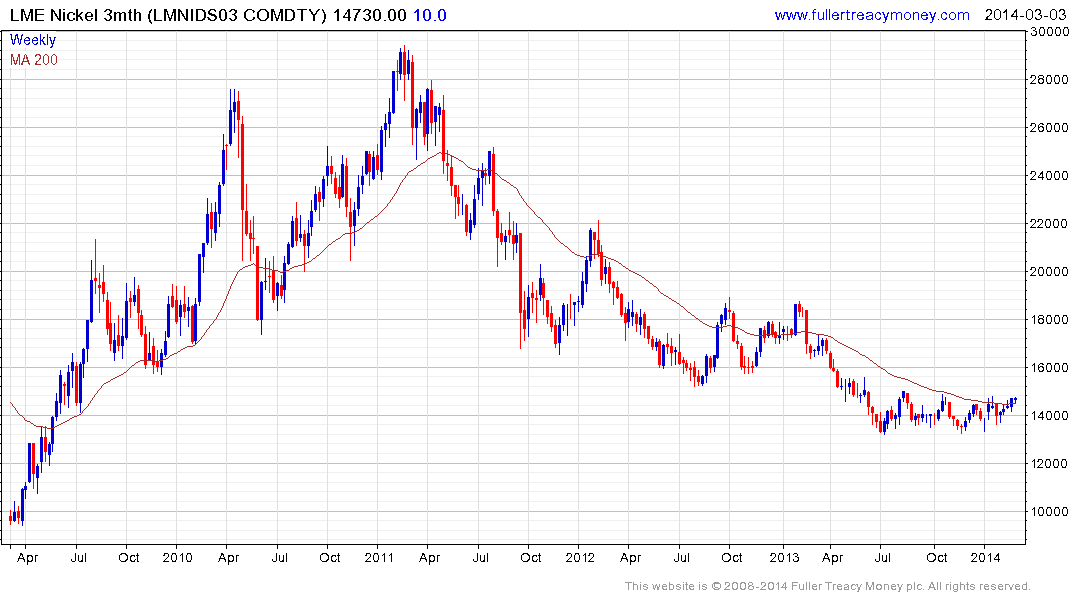 Norilsk Nickel has a dominant position in both the nickel and palladium markets. Subscribers will be familiar with our view that industrial metal prices are probably basing. Nickel is a good example of this with prices consolidating mostly below $15,000 for the last year. A sustained move above that level would suggest a return to demand dominance beyond the short-term. 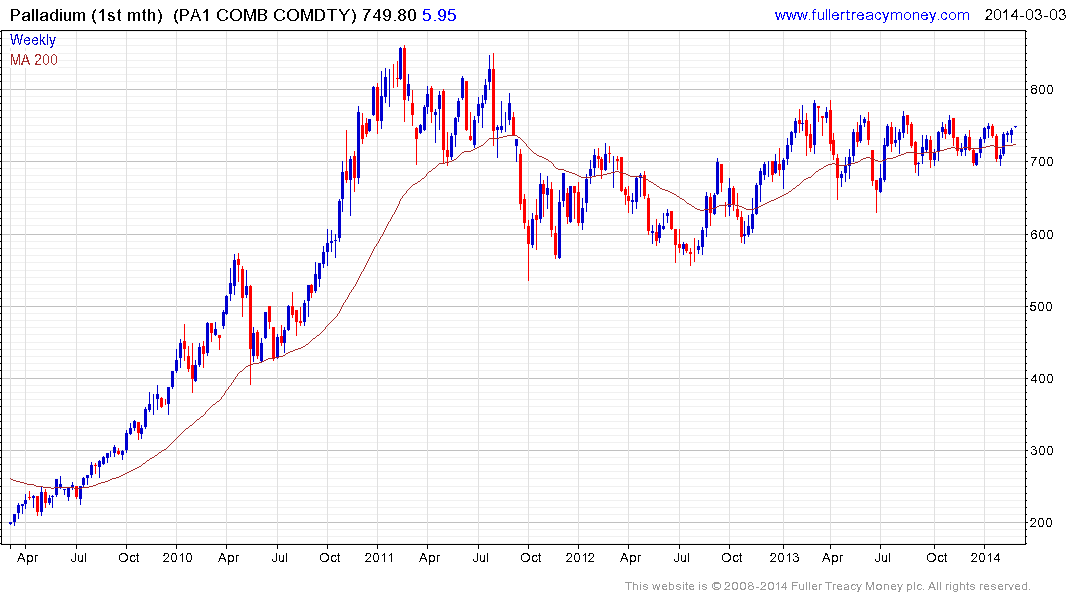 Palladium has been ranging in a triangular fashion for much of the last year and rallied today to break the progression of lower rally highs. Provided the advance is sustained, we can conclude that this lengthy range has been resolved to the upside. 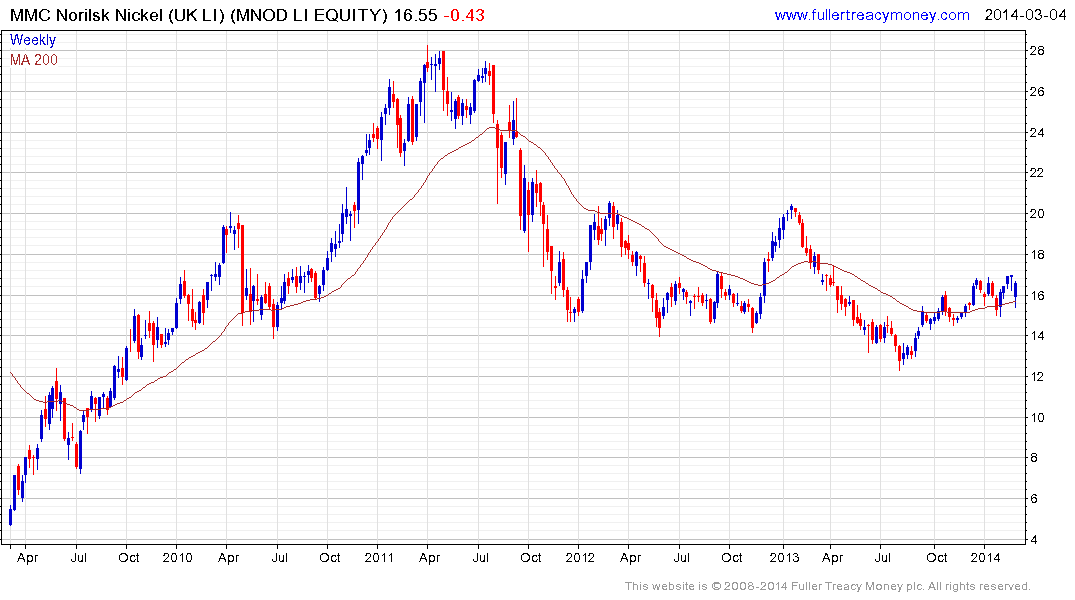 Norilsk Nickel (Est P/E 15.81, DY 4.08%) has ADRs listed on both London’s International Exchange and in the USA. The London listing has held a progression of higher reaction lows since July and found support today in the region of the 200-day MA. A sustained move below $15.50 would be required to question medium-term scope for additional upside.