Noble has bought back its stock at least 11 times since last month and built up a 2.8 percent stake from zero. Companies listed in the city-state aren’t allowed to repurchase their shares two weeks before reporting earnings, according to Singapore trading rules. The company is due to announce its quarterly results on Aug. 13.

“The share buybacks so far have been relatively limited so we don’t expect immediate impact on the company’s liquidity or financial leverage,” Cindy Huang, an analyst at credit-rating agency Standard & Poor’s, said by e-mail.

Noble’s stock declines do not in themselves impact the trading company’s credit position, Huang said.

“The larger issue would be if confidence is affected or lenders’ sentiment is significantly affected,” Huang said.

Noble Group is currently trading on a Price to Book of 0.51 not least because its primary business is in coal, coke and petrochemical supply chains which have been under pressure as commodity prices have declined. With a forward P/E of 4 and a yield of 2.12% traders are pricing in either a major write down of their assets or are simply using the share as a vehicle for expressing a bearish view on commodities generally. 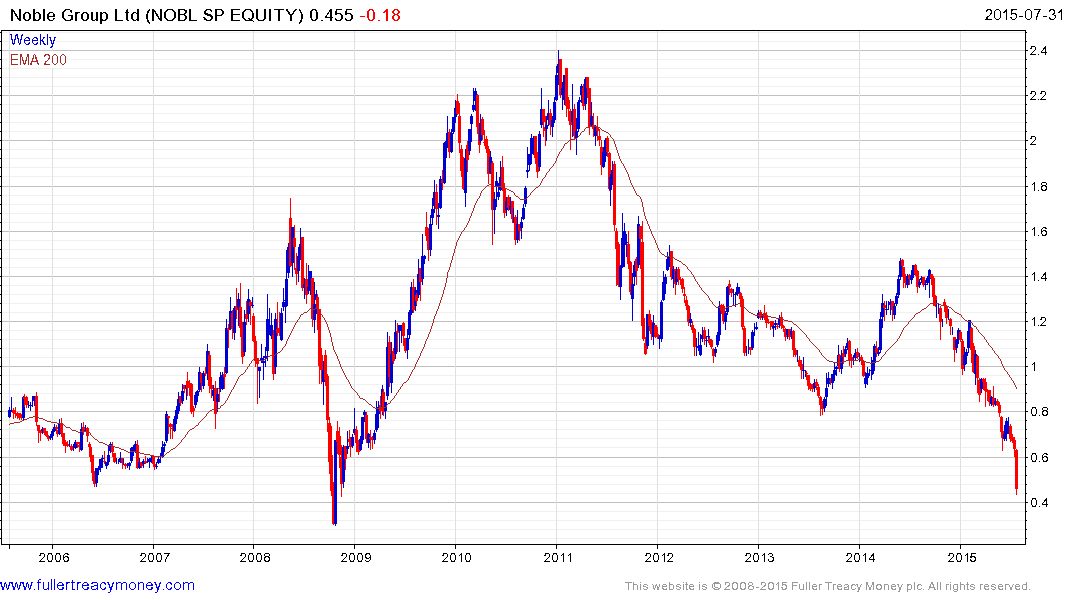 The share accelerated lower today and is now trading in the region of the 2008 lows. A deep short-term oversold condition is evident but a clear upward dynamic would be required to signal short covering. With the company willing to dip into reserves to buy back shares the potential for a reversionary rally has increased. 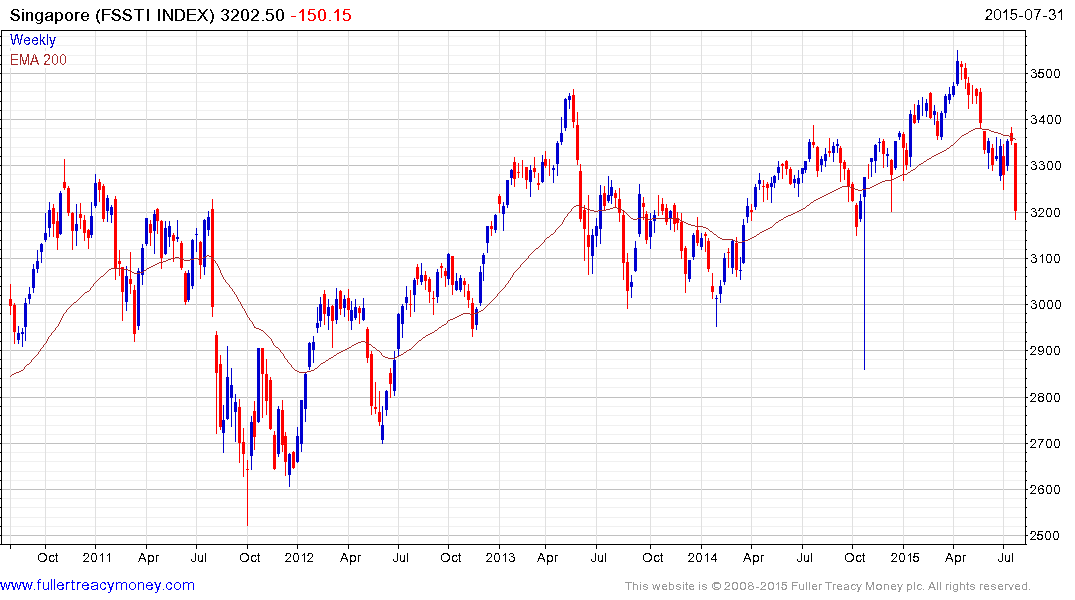 The Singapore stock market also pulled back sharply today following mixed results in the financial sector. While teaching The Chart Seminar in Singapore earlier this year I was concerned at how much inflation has occurred over the last few years. With the MAS now tightening access to credit OCBC’s positive earnings were predicated on foreign earnings. The Index encountered resistance this week in the region of the 200-day MA and a sustained move above it would be required to question current scope for a further test of underlying trading.